Poll strategist Prashant Kishor has said that the Bharatiya Janata Party 'is not going anywhere for many decades and the problem with Rahul Gandhi is that he thinks that the BJP will be overthrown by people'.

Kishor said this in Goa on Wednesday and a clip of his Q and A session has been shared on social media.

The statement comes at a time when the Trinamool is spreading itself outside Bengal, and is also proof that the talks of Kishor's entry into the Congress have ended.

He said that the BJP will be at the centre of Indian politics for years, it wins or loses, much like the Congress in the first 40 years after Independence.

"BJP is going to be the centre of Indian polity, whether they win, whether they lose, like it was for the first 40 years for Congress. BJP is going nowhere. Once you secure 30 per cent plus votes at the national level you are not going away in a hurry. So do not ever get into this trap that people are getting angry and they will throw away (Prime Minister Narendra) Modi," he said.

"Maybe they will throw away Modi, but BJP is not going anywhere. They are going to be here, they are to fight it out for the next many decades. It is not going in a hurry," Kishor answered when asked.

He added: "Unless you examine, understand and take cognizance of strength, you will never be able to put a counter to defeat him (BJP & Modi's strength)".

He said the problem with Rahul Gandhi is he does not realise this but thinks people will overthrow the BJP.

Earlier, he had said that the Congress party's fortunes in Uttar Pradesh, which goes to the polls next year, would not be revived despite all the "hype" generated around the Lakhimpur Kheri incident, and the subsequent arrest of party general secretary Priyanka Gandhi Vadra.

"People looking for a quick, spontaneous revival of GOP led opposition based on #LakhimpurKheri incident are setting themselves up for a big disappointment. Unfortunately there are no quick fix solutions to the deep-rooted problems and structural weakness of GOP," Kishor, who played an instrumental role in propelling Mamata Banerjee's Trinamool Congress back to power in the West Bengal Assembly polls held in March-April this year, wrote on Twitter.

The remarks have come amid "strong speculation" that Kishor would join the Congress and the party was deliberating on the issues raised by him.

Even as no one in the party is averse to the idea of Kishor joining the Congress, the party leaders have said that he should not be given sweeping powers regarding elections.The Congress is preparing for the upcoming Assembly elections in Uttar Pradesh along with a few other states which are going to polls next year.

In the politically crucial north Indian state, the Congress is pitted against the ruling Bharatiya Janata Party, Samajwadi Party and the Bahujan Samaj Party. 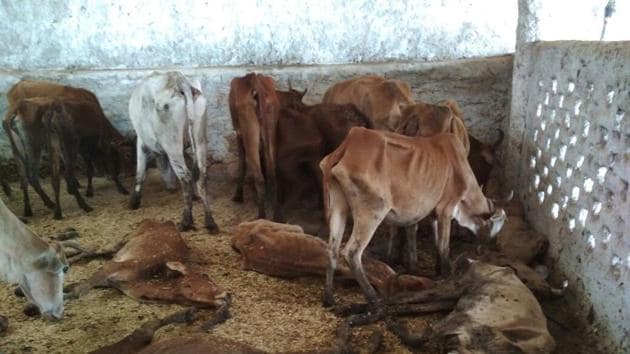 Chikkaballapur, Nov 26: A 28-year-old man died after coming in contact with the electric fence of a tomato farm in Charakamattenahalli, Gauribidanur taluk of Chikkaballapur district. Hours later, the angry kin of the deceased youth beat the farm owner to death with wooden logs.

With tomato prices more than doubling and fetching Rs 200 per kg in auctions, the farm owner, Aswath Rao, 47, had erected an electric fence to protect his crop.

Cowherd Vasanth Rao from the same village was electrocuted when he came in contact with the fence on Wednesday night. As the news of Vasanth’s death spread on Thursday morning, his angry relatives rushed to the tomato farm where Aswath was resting.

The mob attacked him and caused him grievous injuries. Other villagers rushed Aswath to hospital, where he succumbed.

Chikkaballapur SP GK Mithun Kumar said Aswath had grown tomato on his one-acre land. Police sources said amid the rising tomato prices, growers in the district also have to contend with robbers who steal the fruits.

Mithun Kumar, however, said it was illegal to erect a live electric fence around farmlands. He has asked Bescom authorities to take steps to prevent people from resorting to such steps as it could result in loss of not only lives but also cattle heads.