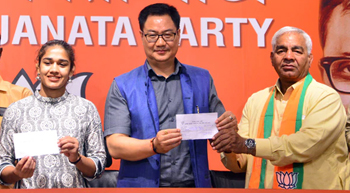 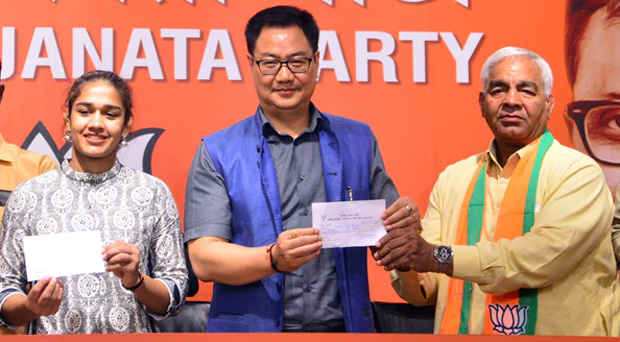 Her father is also an exemplary person for coaching his daughters and making them international level wrestlers.

The BJP believes that the induction of Phogats into the party will help it politically in the poll-bound Haryana. Assembly elections are due in the state later this year.

The Phogat household came to be known nationwide following the success of Hindi film Dangal, which is loosely based on the lives of Phogat sisters, all of them wrestlers, and their father who coached them against all odds.