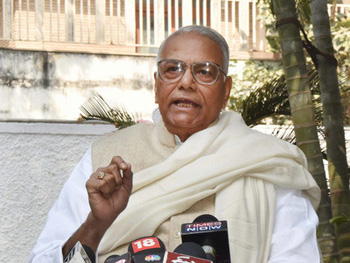 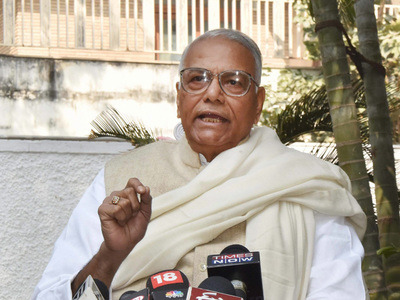 The veteran leader blamed the condition of the party to be the reason behind his decision, and said, "I am quitting the BJP because of the party's condition. As you have already seen the recent Parliament session - it was the shortest session in the history."

"Today I am ending all ties with the BJP... I am taking sanyas (retirement) from any kind of party politics", Yashwant Sinha announced during a meeting of his organization Rashtra Manch in Patna this afternoon. Leaders of the Congress, Lalu Yadav's Rashtriya Janata Dal were present at the meet; so was BJP lawmaker Shatrughan Sinha.

Yashwant Sinha had held the Finance and External Affairs portfolios in Prime Minister Atal Bihari Vajpayee's cabinet between 1998 and 2004.

In February, Mr Sinha had claimed that he would not leave the BJP but the party could throw him out if it so wanted because of his criticisms. He had also accused the Modi government of not fulfilling the promises it had made ahead of the 2014 general elections.

"Why shall I leave BJP? What this party means to me, (it) possibly does not mean to anyone (else). I have given my blood and sweat for this party. From 2004 to 2014, we were fighting against the then ruling party (Congress)," Mr Sinha had said.

However, today Mr Sinha said that democratic institutions were being undermined under (Narendra Modi-led) NDA government and vowed to work for the protection of democracy in the country. He said that though he would work to unite non-BJP parties he himself would not join any party.

"I am not an aspirant for any top post and I am making it clear here that I am not at all interested to seek any post," he added