Mysuru, Aug 22: With great religious enthusiasm, the city residents have started the preparation for the famous Dasara festival with an elephant-march here on Thursday.

Mysuru Dasara is one of the biggest and prominent festivals of Karnataka. The festival is celebrated for a period of ten days.

This year the celebration of Mysuru Dasara is from September 29 to October 8.

Mysuru Dasara (Dussehra) is the official state festival of Karnataka. During the festival, the city is beautified. The famous Mysuru Palace is lit up with 100,000 light bulbs, making for a stunning sight. 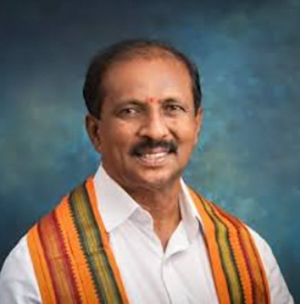 Bengaluru, July 14: Girls outshone boys in the Second Pre-University Board examinations in Karnataka, results of which were announced on Tuesday.

Thus, the pass percentage is 61.80 per cent, Primary and Secondary Education Minister S Suresh Kumar said while announcing the results.

He said 68.73 per cent girls cleared the exam against the boys whose pass percentage was 54.77 per cent.

In terms of urban versus rural, 62.60 per cent students passed in the urban area while 58.99 per cent were from rural areas.

The three districts where the students' performance was excellent were Udupi, Dakshina Kannada and Kodagu whereas the districts where students fared badly were Chitradurga, Raichur and Vijayapura, the minister said.

Combination wise, the pass percentage of students in science stream is 82.57 per cent, Commerce 72.60 per cent and Arts 47.90 per cent, said the Minister.

He also said of those who passed the examination, 72. 45 per cent were from English medium and 47.56 from Kannada medium.

There are 68,866 distinction scorers, 2,21,866 students who got first division and 77,455 students who passed the exam in second division, the minister added.

The pontiff got admitted into KMC Hospital Manipal last night and his treatment is in progress at the said hospital.

According to sources, he was suffering from fever and hence he opted to get tested for covid-19. His health condition is said to be stable.