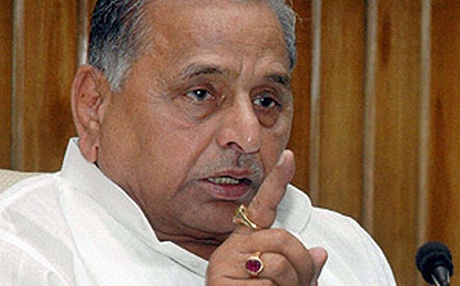 "Despite all help to riot victims by the SP government, everyone is trying to play politics on the issue. Some persons (Lalu) reached there immediately after being released from jail. He had said he will not allow Mulayam to become Prime Minister in the past. He has said the same thing now. What's new in it?" he said while addressing party workers on the death anniversary of SP leader Rajnarain.

"Wo Congress ke talve chaat rahe hain. Uski chaploosi kar rahe hain" (He is licking feet of Congress. He is behaving like a sycophant)," Mulayam alleged.

He accused Lalu of siding with different parties to grab power.

"The SP men cannot leave their policies and are not (trying to) divert from them. We did not leave our policies for grabbing power like Lalu, who had sided with even BJP for power," the Samajwadi Party chief charged.

On the Muzaffarnagar issue, he said the SP government had tried its best to compensate whatever damage was incurred during the riots.

"After independence, so many riots took place. No government has ever helped riot victims the way in which SP government has helped Muzaffarnagar riot victims. We have distributed Rs 90 crore...The opposition parties know this but are playing politics on the issue," he said.

Asserting that there were good chances of catapulting the party to power at the Centre in the coming Lok Sabha polls, Mulayam asked party workers to reach out to the people.

"You all should go to the people, who have supreme power. By ignoring them, you cannot make me Prime Minister. In politics, power is worshipped. No heed is paid to the weak. So, try to increase power of the party," he said.

Holding that BJP would have some gains in Lok Sabha polls due to Narendra Modi, Mulayam said despite this, it would not be able to form government as no party stood with it. 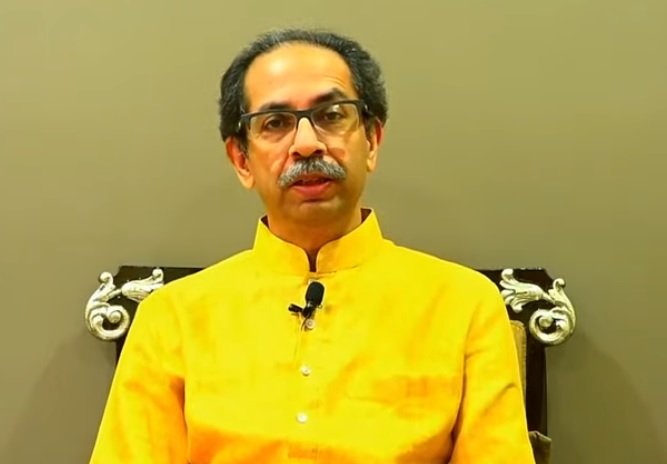 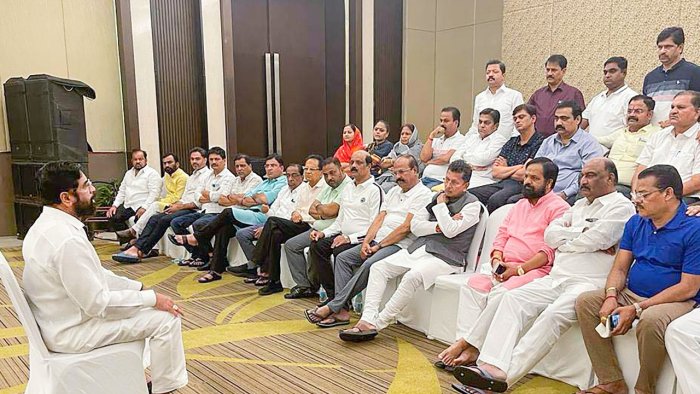 Secunderabad, June 17: One person has died and over 15 have been injured in Telangana's Secunderabad as violent protests against the new military recruitment policy, Agnipath, spread to the southern state after entering the third consecutive day in Bihar, Uttar Pradesh, and Haryana. Protests have also been reported in West Bengal and Madhya Pradesh.

Protestors are demonstrating on railway tracks and have halted all train movement for the last three hours. Security forces are outnumbered as the railway station has been overrun by angry youth, who have already set three trains on fire.

Suman Kumar Sharma, an AC Power Car mechanic, narrated the horrifying scenes while the trains were being vandalised. He said there were around 5,000 people at the station and around 40 of them entered the train he was in.

"They tried setting fire in the coach. They desperately tried to set fire to the power car, but we saved it. The passenger's things have been left behind and broken. Two gates were open, so we let the passengers go from one side. We told them, that the Railway Protection Force will keep them safe. We took the passengers out from here," he said.

Elderly people were also terrified. Some have left behind suitcases, spectacles, Aadhaar cards, and half-eaten packets of mixture strewn around inside the train, he added.

The railways are diverting trains so that they don't go through the Secunderabad station. The disruption began at 9 am when over 350 protestors took over the railway station.

East Coast Express, Rajkot Express, and Ajanta Express were set on fire by violent mobs. 71 trains - 65 from Hyderabad Multi-Modal Transport System and six express - have been cancelled so far.

In Bihar, where the protests entered the third day, the house of Deputy Chief Minister Renu Devi was attacked as the new recruitment scheme that has set off a firestorm. "Such type of violence is very dangerous for the society. The protesters should remember that this is a loss for the society," Ms Devi, who is currently in Patna, said.

Two coaches of the Jammu Tawi Express train were set on fire in Bihar's Samastipur district, officials told NDTV, adding no one was hurt in the incident. A BJP office was also attacked in the Lakhisarai district. A mob set fire to the Islampur-Hatia express train which was stationed at the Islampur station in Nalanda. Three AC coaches are completely burnt down and several other coaches have been damaged.