Tumakuru, Jul 12: A four-year-old boy was killed by a leopard at Rajendrapur hamlet at Hasige Hobli village near Huliyurdurga in Kunigal taluk.

Police said on Sunday that this was the third such attack by big cats in the district in a span of six months.

Forest officials said that the boy had gone with his mother to wash clothes at a tank and the animal attacked him while playing there on Saturday late evening.

A passerby who witnessed the incident scared the animal, it escaped leaving the boy’s body behind.

Need to repay debt of MLAs who jumped to BJP to form govt: Eshwarappa 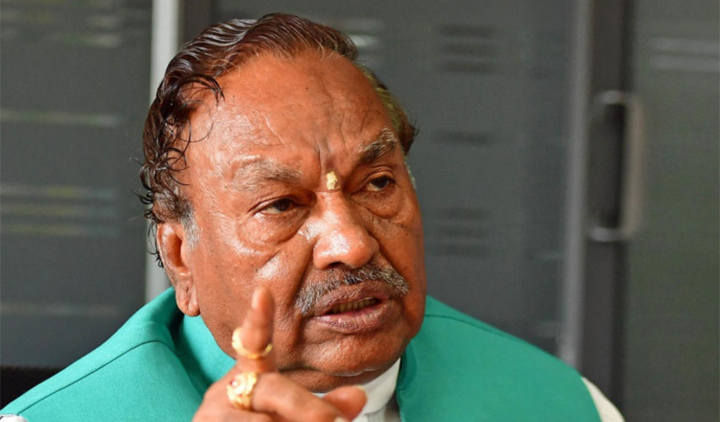 Belagavi, Nov 28: Rural Development and Panchayat Raj Minister K S Eshwarappa said that the BJP needs to repay the debt of MLAs who crossed over to the party and facilitated the formation of the government in the state.

The BJP leadership had assured them that they would get re-elected and induct them into the Cabinet, he added.

Speaking to reporters here on Saturday, Eshwarappa said, "the dissatisfied MLAs from Congress and Janata Dal (Secular) joined the BJP, else we could not have formed our government. Now all are BJP MLAs and the question of new and old does not arise".

"Cabinet berths were less and aspirants were more. We have to accommodate all of them. BJP state and central leadership will soon take a decision in this regard," he said.

Regarding activities in the residence of Water Resources Minister Ramesh Jarkiholi in Bengaluru, he said such political activities have led to the BJP government being formed in the state. There was nothing wrong with him demanding a cabinet berth for MLC C P Yogeshwar.

Regarding remarks by Leader of Opposition in Legislative Assembly Siddaramaiah that Chief Minister B S Yeddyurappa would be replaced, Eshwarappa said such foolish statements were not anticipated from the former chief minister. "Our party is disciplined and any mistakes, if committed, were rectified through guidance. Yeddyurappa will complete his tenure," he said.

He denied having knowledge of the reasons regarding the Chief Minister's Political Secretary N R Santosh attempting to end his life. We have over one crore party workers and their family members are aware of the reasons for them taking such extreme measures.

Bengaluru, Nov 21: Former Chief minister and Congress leader Siddaramaiah has opposed any move to handover Forest Land of over 20,000 hectares to private companies in Shivamogga and Chikkamagalur districts.

In a letter addressed to the Chief minister B S Yediyurappa, here on Saturday, the Congress leader has urged to desist any move from handing over of more than 20,000 hectares of forest land returned by the Mysore Paper Mills (MPM) to private parties.

Stating that the State government had handed over the said land belonging to the Forest Department to the state-run MPM for a lease period of over 40 years, in 1980 and which ended recently, he said that "now certain elements in the ruling BJP government hatching conspiracy to hand it over to the private parties."

Maintaining that the land returned by the MPM should be handed over to the forest department itself, the former chief minister had warned that "else it would turn the rain-forest region in Malnad area into a barren area".

Recalling that the people of the Malnad region had registered their strong protest against any move to privatise the huge tract of forest land, the Congress leader said that "Government should respond positively to the pleas made by intellectuals, environmentalists and farmers on the issue. 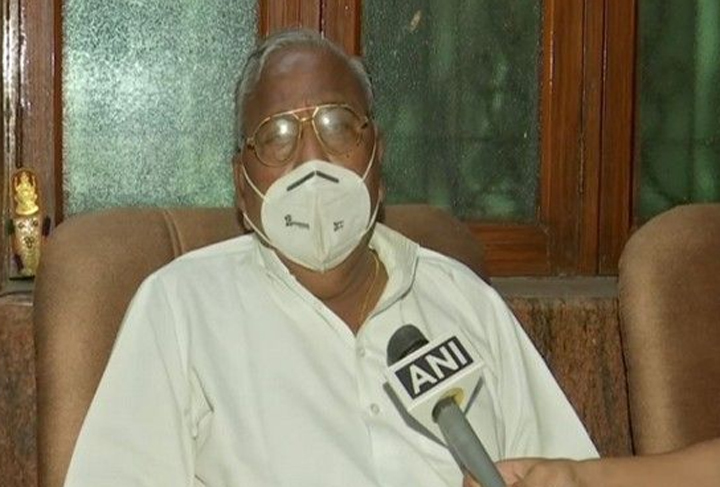 V Hanumantha Rao said that the BJP is discriminating against Muslims and wants to convert India into a Hindu nation. While speaking to ANI, he said, "Eshwarappa, a minister of Panchayat Raj in Karnataka, said that the BJP in the state is ready to give tickets to anyone except Muslims. BJP calls itself a secular party, and then I question why BJP is discriminating against Muslims. BJP wants to convert India from a secular nation to a Hindu nation."

"The people of India must think about this. BJP is just willing to change India into a Hindu nation, which even after a hundred years, will not happen. India is a secular country where people from all the religions live in peace and unity," he added.

Karnataka Minister and BJP leader KS Eshwarappa has stated that the party ticket might be given to Hindu candidates from any community but not to a Muslim. "We might give the party ticket to any community among Hindus. Whoever we might give it to -- maybe Lingayats, Kurubas, Vokkaligas, or Brahmins but definitely, it will not be given to Muslims," Eshwarappa told media on Sunday.

Regarding the farmers' protest, V Hanumantha Rao said, "The three farm bills that have been passed against the farmers is the reason why the farmers from Punjab have launched an agitation. The Central Government has taken the silence of farmers for granted. Until the farm bill are taken back, the farmers from not just Punjab but from all over the county will protest."

Over the past few months, thousands of farmers mainly from Punjab have been protesting against the new agricultural legislation which they say could be exploited by the private sector to buy their crops at low prices.