LS polls: After 5 defeats Janardhana Poojary, 82, threatens to rebel against Cong. Here’s why...

82-year-old Poojary, who in the past has served as the General Secretary of All India Congress Committee as well as President of Karnataka Pradesh Congress Committee, had registered successive victories in four Lok Sabha polls in Dakshina Kannada before facing five back to back defeats in the same constituency against different BJP candidates.

Speaking to media persons today here, the Billava stalwart said that even though the Congress has not considered him while short-listing the names of the aspirants from Dakshina Kannada, he would meet incumbent Congress supremo Rahul Gandhi and former supremo Sonia Gandhi within a couple of days and demand ticket for the 2019 polls.

He said that he was aware that there were many aspirants from Dakshina Kannada such as B Ramanath Rai, Rajendra Kumar, B K Hariprasad and Vinay Kumar Sorake. However, he said that at any cost the party should not field Rajendra Kumar, who according to him is corrupt.

Poojary also opposed MLC Ivan D’Souza’s candidature. “I am sure D’Souza will not get the ticket and if he gets, I will contest against him too,” he said.

“If the party ignores my plea and fields Rajendra Kumar, then I will for sure contest independently,” warned Mr Poojary. However, he did not clarify if he would rebel against the party even if it fields a candidate belonging to his own Billava community.

Biggest gaddar of mangalore, this man is pure supporter of hindutva and main agenda was to keep away muslim from becoming leader specially in DK.

his aim is to lose and make BJP win.....open your eye my dear muslim brother....in mangalore no hindu will vote for muslim also we must follow the same rule...no problme if we defeat...but dont vote for congress if any hindu man stand...vote for any muslim cadidate even he is uneducated...in mangalore hindu & muslim will never become together....

Bengaluru, Aug 8: Congress is confused on the Ram Mandir issue and in dilemma to take a firm stand fearing loss of Muslim or Hindu votes, according to BJP leader and Union Parliamentary Affairs Minister Pralhad Joshi.

"Congress opposed BJP's stand on constructing Ram Mandir in Ayodya, it called Lord Ram fictional and even decided to break the Ramsetu. Now, Congressmen are speaking the other way. Congress cannot think beyond vote bank politics which is in its DNA itself. Congressmen think that they are born to be in power," he said while speaking to media persons.

He said that BJP is all for constructing a grand Ram Mandir peacefully and legally, due to its conviction and not for politics. Same was the case with the revocation of Article 370 for Jammu & Kashmir. Anti-national activities have comparatively come down now.

Some people do not want everything going smoothly in the country, and Congress and Asaduddin Owaisi are among them, Joshi opined, adding that the Congress is merely frustrated.

Dr Mohammed Yusuf, chairperson of Karnataka Board of Auqaf, passes away 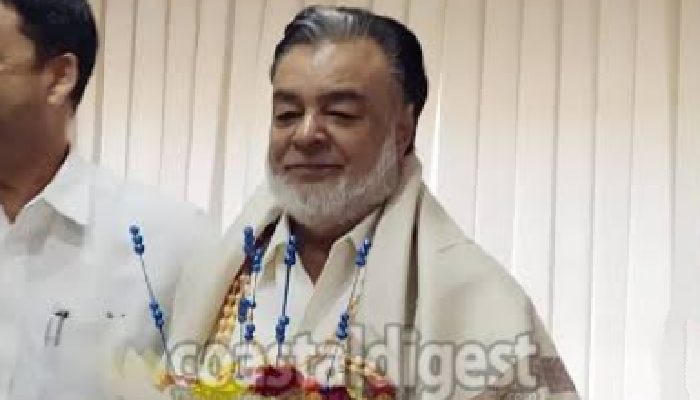 Bengaluru, Aug 7: Dr Mohammed Yusuf, chairperson of the Karnataka State Board of Auqaf, passed away at a private hospital in the city today following a brief illness. He was 74.

Dr Yusuf was an industrialist and was known for his philanthropic activities.

A veterinarian, Dr Yusuf had quit the government job and set up business in Bengaluru and Dubai decades ago and has earned considerable success.

He was re-elected as Board of Auqaf chief in January this year. He had held the post more than once in the past.

He will be buried at the graveyard near Masjid-e-Muzammil which was built by himself at Govindapura, source said.