Mangaluru, Jun 18: Police in Mangaluru have registered a case against a non-Indian resident from coastal Karnataka who is currently staying in the middle east.

According to police, Basheer, the accused posted content derogating Chhatrapati Shivaji Maharaj, a 17th century king. Hailing from Adyar near Mangaluru, Basheer works at Dhahran in the eastern province of Saudi Arabia.

The police in Barke station have taken suo motu note of the content and registered a case under Sections 153(a) and 505(2) of the Indian Penal Code.

The police said that efforts are on to find those who had created the post. Those who have shared the derogatory content will also be booked on the charge of breach of peace.

The police have appealed to people not to circulate derogatory content on the social media as it will amount to an offence.

Probably he is foolish , He don't know anything about shivaji , Shivaji is seculer king, he destroyed uppercaste superiority in his regime... 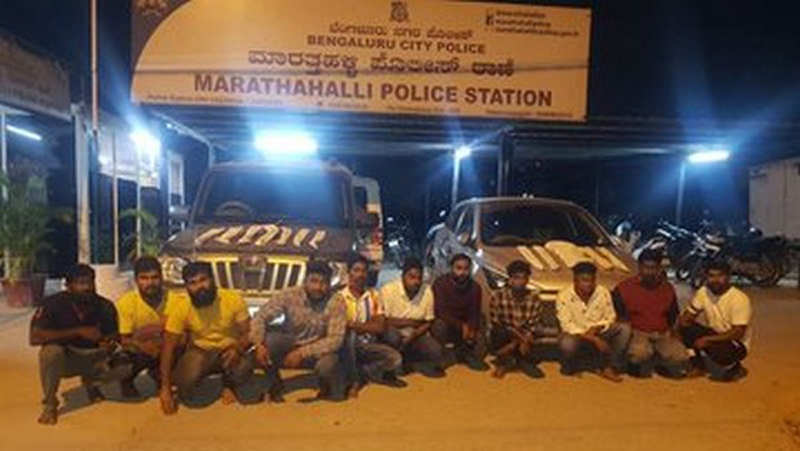 According to the CCB, in a quick and swift action, CCB officers prevented gang rivalry and attack and dacoity by the Rohit gang and Kadbisnahhi Soma gang.

Eighteen machetes and long swords and two vehicles seized, while two rowdy charge-sheeted persons from Mangaluru were also arrested during the operations. 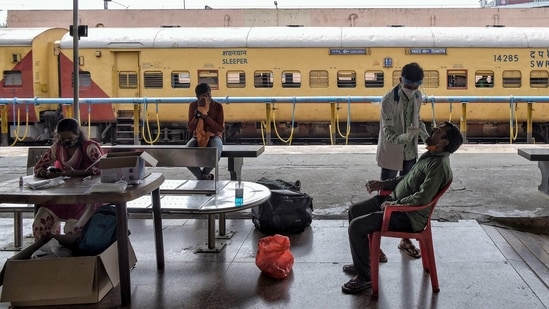 Bengaluru, Feb 22: The Karnataka government on Monday clarified that it had not imposed any restrictions on inter-state travel, but has mandated RT-PCR certificates not older than 72 hours for those arriving in the state from neighbouring Kerala and Maharashtra.

Health Minister K Sudhakar, while stating this, also cautioned people against negligence towards observing protocol and of stricter steps if the number of cases increase and said marshals would be deployed to monitor weddings as they were taking place without following any norms or guidelines.

''We have not imposed any restrictions on passengers travelling from Kerala, Maharashtra or any other state to Karnataka. Let me clarify this, because other states may have got the wrong opinion. For inter-state travellers there is no restriction," he said.

Speaking to reporters here, he said that Karnataka has made it mandatory for people arriving in the state to have a negative RT-PCR certificate that is not older than 72 hours. This measure was taken last week for those arriving by flights, buses, trains, personal transport from neighbouring Maharashtra and Kerala, following the recent spike in Covid cases in those states.

To a question on people staging protests at the Kerala borders demanding the withdrawal of "restrictions", Sudhakar said that no restrictions had been imposed, but checking negative test reports could have caused some inconvenience to travellers.

According to Dakshina Kannada Deputy Commissioner, there is the movement of about 2-3 lakh people between both states every day. If test reports of such a large number of people have to be done, it definitely causes inconvenience, so we may not be able to do it 100 per cent, but we are trying random at least," he said.

He also said he would speak to the Health Ministers of Kerala and Maharashtra in a couple of days and request them to issue strict circulars to travellers in their states.

"Many people travelling from those states don't have information. We have issued a circular in our state. But if circulars are issued in those states also, it will benefit both," the minister said.

Stating that more than 4.24 lakh health department employees and 1.20 lakh front line warriors have been administered the first dose of Covid vaccine, Sudhakar said the government was cleaning up registration data by eliminating duplicate entries.

''We have a target of 80 per cent and 90 per cent coverage for Health department staff and front line warriors respectively by the end of this month. All officials have been requested to get the dose.

"Bengaluru is lagging in vaccination... instructions have been given to all districts to achieve 80 per cent target," he said.

'Not my job to respond to every statement': B Y Vijayendra Mysuru, Feb 14: Karnataka BJP Vice-President B Y Vijayendra on Sunday said that “it is not his job to respond to every statement alleging the government."

Speaking to newsmen here on Sunday, he said he had just remembered the uproar in the bar and not to hurt any person and was not even criticized. It is not my job to respond to their statement in the morning. "I am working to stay in the heart of the people of the state."

He expressed outrage over the statement of former legislator Vijayananda Kashappanavar. Anyone can see my open book. Let Kashappa speak something and let come before the media and let someone speak something but he just said once not to speak on the government and chief minister and who I am to shut his mouth. He would no longer respond to their issue.