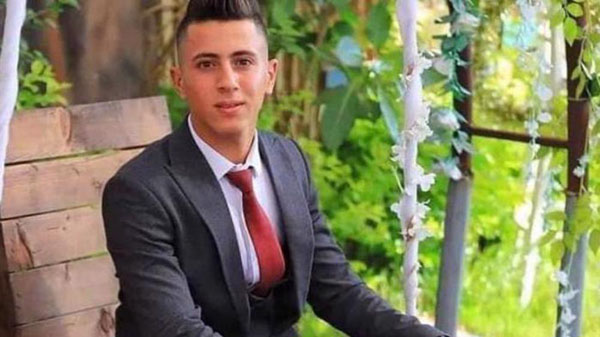 Jenin, July 6: Israeli forces have shot dead a young Palestinian man during confrontations that broke out between Palestinians and regime forces following a military raid in the northern part of West Bank, amid renewed tensions in the occupied territories in recent weeks.

The official Palestinian news agency Wafa, citing Palestinian security sources who asked not to be named, reported that the man, identified as 20-year-old Rafiq Riyad Ghanam, was severely injured on Wednesday, July 7, morning in the village of Jaba', located 8 kilometers (5 miles) southwest of the city of Jenin.

The sources added that Ghanam was shot as he was standing in front of his family's house, before he was detained by Israeli soldiers along with another young Palestinian man. Ghanam later succumbed to his gunshot wounds.

According to the Palestinian Safa news agency, the Israeli army has refused to hand back his body to the family.

Meanwhile, several people have been injured in fierce clashes between Palestinians and regime forces on the outskirts of the Old City of al-Quds.

A number of Palestinians, including children, suffered breathing difficulties after inhaling tear gas fired by Israeli forces during the raid.

Two Israeli officers were also lightly wounded after local residents threw stones and objects at them, according to the Israeli Jerusalem Post daily newspaper.

The development came as Israeli soldiers had physically assaulted and beaten a Palestinian worker to death near the separation barrier in the occupied West Bank city of Tulkarm hours earlier.

The 32-year-old Ahmad Harb Ayyad, who is from the Gaza Strip, came under fire from soldiers along with a group of other Palestinians while trying to cross the barrier to reach his workplace.

The group managed to get away from harm, but were then apprehended and beaten by Israeli soldiers, Palestinian sources said.

Ahmad was then taken to a Tuklarm hospital but due to the seriousness of his condition he was transferred to a hospital in the nearby city of Nablus, where he died shortly afterward.

His body was handed back to the family in the Gaza Strip by the Israeli army via the Beit Hanoun crossing, according to the official Palestinian news agency Wafa.

The Palestinian Ministry of Foreign Affairs and Expatriates condemned the killing as a crime, and placed the blame on the Israeli regime.

For months, Israeli forces have been attacking Palestinian workers along the separation wall in the villages and towns of the West Bank, preventing thousands from reaching their workplaces inside the occupied territories and arresting many.

Last month, Israeli forces killed another Palestinian worker, identified as 53-year-old Nabil Ahmad Ghanem, near the separation wall south of Qalqilya city in the West Bank, according to the Palestinian Health Ministry.

He was on his way to his workplace when soldiers opened fire on him and he died instantly.