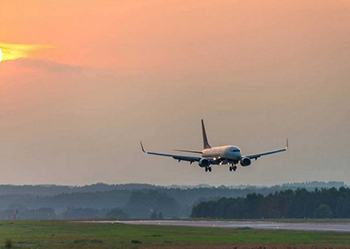 Saudi, Nov 13: A 2-year-old passenger on a Saudi Arabian Airlines plane that made an emergency landing in eastern Canada on Tuesday was pronounced dead on arriving in a hospital, a provincial police official said.

Flight 35, which left Jeddah, Saudi Arabia, at 6:45 am local time on Tuesday and was bound for Washington, DC, landed shortly before 12 pm ET at the St. John's International Airport, in the province of Newfoundland, due to a medical emergency.

Upon landing the 2-year-old was transported to a nearby hospital and pronounced dead, James Cadigan, an officer with the Royal Newfoundland Constabulary, said.

The province's office of the chief medical examiner will determine the cause of death, although it is not believed to be suspicious, Cadigan said.

Police declined to release details about the toddler's family.

The flight continued onto Washington after the unscheduled landing.