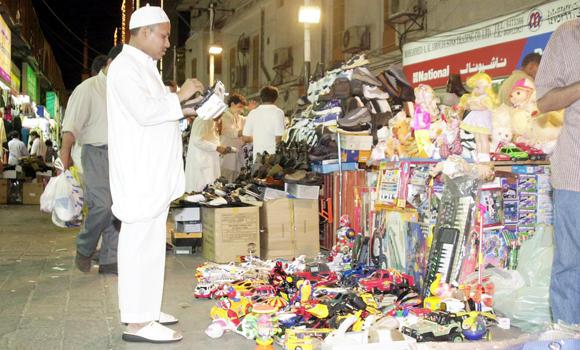 Madinah, Mar 9The poorly manufactured and unsafe electronic products that have saturated the Saudi market are “time bombs” just waiting to go off, said the western regional director of Mutabaqah — the laboratory testing arm of Saudi Customs.

A study conducted by Mutabaqah, found that 80 percent of electronics available in Saudi markets are “shoddy” and that some 33 percent of home accidents involving electrical appliances yearly are a direct result of the poor quality of these appliances.

Adel Al-Ghamdi, western regional director of Mutabaqah, said that markets are flooded with such unsafe merchandise. He characterized the inundation of low quality and counterfeit products as a by-product of a large and vibrant economy that has led to unscrupulous manufacturers and vendors targeting it.

Electronics is not the only sector affected by poorly manufactured and unsafe products. The proliferation of so-called “two-riyal stores” has led to counterfeit cosmetics and other household items being sold at low prices.

“There is now stiff competition between these stores and the other stores that sell brand names at high prices,” Muhammad Harbi, an economist, told Arab news. “People tend to go to the two-riyal shops because the other stores hiked their prices unreasonably.”

Counterfeit cosmetics, in particular, can present a threat to users, and the Ministry of Commerce and Industry and the Food and Drug Administration are coordinating efforts to recall harmful products from discount stores.

Although consumers flock to the discount stores to save money, fake and low-quality products are a drag on the economy. Mutabaqah’s Al-Ghamdi estimated that the local economy loses some SR 41 billion because of shoddy and unsafe merchandise.

“These losses are incurred by everybody involved, but consumers make up the largest percentage of victims by far,” Al-Ghamdi said. “They incur financial loss when they pay for the product, and they are exposed to its hazards when they use it, and are psychologically traumatized after falling victim to it.”