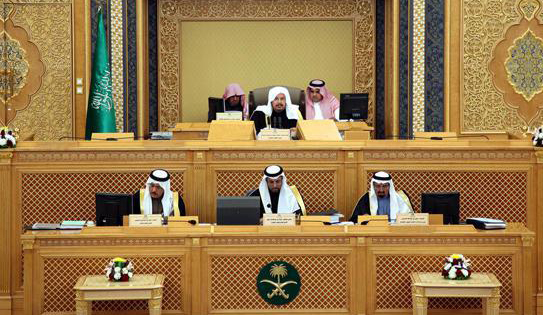 Riyadh, Apr 1: Saudis across the Kingdom have welcomed the new Shoura Council proposal to increase end of service benefits (ESB) of civil servants, saying it would encourage public servants to work hard and improve the living conditions of retirees.

A Shoura meeting, chaired by Vice President Muhammad Al-Jafri, approved the proposal made by a former member Ehsan Abdul Jawad and instructed the Human Resources Committee to study the matter further.

“The majority of Shoura members supported the proposal to amend Article 53 of the Civil Service Law that deals with rights and benefits of civil servants,” said Fahad Al-Hamad, assistant to the president.

Under the new amendment, retirees would get a gratuity of half month’s salary for the first five years of service and one month's salary for every subsequent year. At present, public servants are getting only six months’ salaries following retirement.

Al-Hamad said the new proposal would help retirees live comfortably with their families and would help them settle their financial commitments.

“It will also help balance the difference between the salary they received before retirement and the pension,” he said, adding that public servants who have worked for several years deserved such compensation at the end of service.

Abdulelah Saaty, dean of the College of Business in Rabigh, lauded the proposal, saying it is big a motivation for civil servants across the country. “Public servants deserve such a scheme,” he told Arab News. He hoped the Shoura and the Cabinet would endorse the amended law.

“The newly proposed gratuity is already there in the Labor Law,” Saaty said, adding that expats have been receiving it for the past several years.

He said the proposal would benefit the country’s 1.2 million civil servants. Some public employees, such as those working for the education sector, already benefit from the scheme.

Saaty did not agree with the view of some Shoura members that the new scheme would encourage public servants to apply for early retirements in order to create jobs for young Saudis.

“People may stay long in service to get more money,” he said. “Life expectancy among Saudis has increased to 74 and the new scheme will help them lead a decent life.”