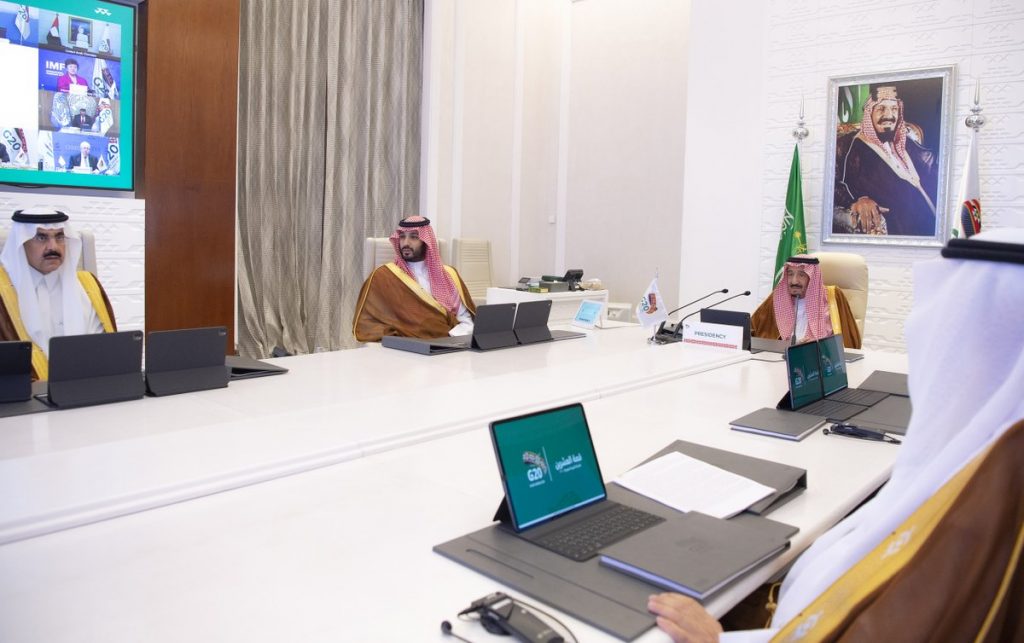 Riyadh, Nov 23: The G20 leaders have emphasized the group's commitments to safeguarding the planet and adopting clean energy, according to an official statement.

During the second and final day of the 12th G20 Riyadh Summit, the Saudi presidency on Sunday hosted a high-level side event on safeguarding the planet, during which the G20 leaders highlighted the importance of Circular Carbon Economy approach to manage greenhouse emissions across the world and industries to protect the planet, reports Xinhua news agency.

The statement noted that G20 remains committed in its efforts to safeguarding the planet by preserving coral reefs, ocean ecosystems, and taking concrete actions to tackle land degradation and habitat loss.

"With a coordinated approach on environment, we ensure the G20 countries' commitment to building a more inclusive, sustainable, and resilient future," the statement added.

"With the increase in emissions because of economic and population growth, we must pioneer sustainable, pragmatic, and cost-effective approaches for achieving ambitious climate goals," he added. 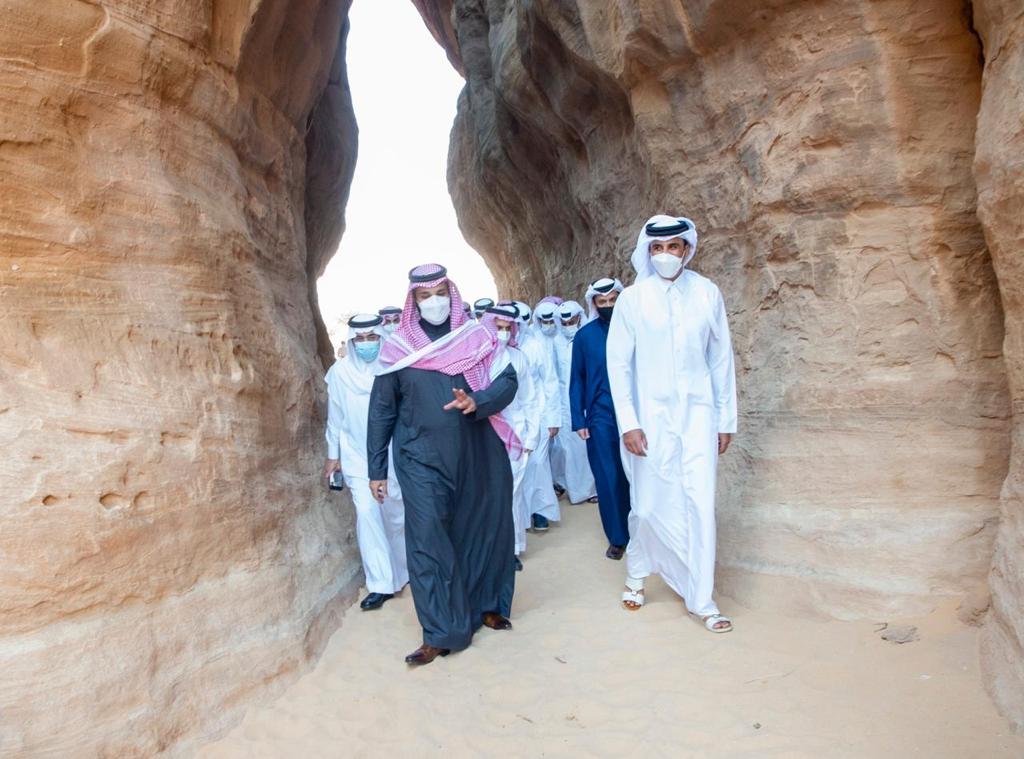 Jeddah, Jan 6: Social media in the Gulf region has been flooded with celebratory joy since news broke that Saudi Arabia had reopened its airspace and land and sea borders with Qatar as part of a deal to end a three-year diplomatic crisis. For many, the story is deeply personal.

On Tuesday Saudi Arabia’s Crown Prince Mohammed bin Salman told the GCC Summit in AlUla that the agreement to mend ties with Qatar underscored the importance of solidarity and security among Gulf, Arab and Muslim states.

A public embrace earlier in the day between the Crown Prince and Qatar’s Emir Sheikh Tamim bin Hamad Al-Thani at AlUla airport capped the Qatari ruler’s arrival on Saudi soil for the first time since 2017.

For hundreds of separated families, the significance of the reopening of borders and resumption of travel between Saudi Arabia and Qatar cannot be overstated, given the unique social fabric of the Gulf region, with its cross-border ties of marriage and blood.

Videos surfaced on social media showing men, women and children dancing and rejoicing at the easing of the crisis. Many said they were looking forward to reunions in the near future with their loved ones on the other side of the border.

In one video, a Qatari boy could be seen jumping with excitement as he spoke with his father over the phone, exchanging promises of a reunion amid laughter, tears of joy visible on the boy’s face. “Yalla (come on), let’s go” the boy said and the father replied something to the effect: Get ready soon, my son.

Equally euphoric were the sentiments of Ismail Mohammed @soom3a70, a forward for Qatar’s Al-Duhail FC football club. Born and raised in Makkah, the city where his mother still resides, he took to the social-media platform to express his delight with the latest developments. “Good news mom, our get-together is near,” he wrote.

Similar scenes were probably playing out among members of many other families separated since 2017. Sara Abdulhakeem Abdullah, a 22-year-old Saudi who married her Qatari husband in 2018, can now freely travel to the Kingdom.

“I was awakened by my husband late last night with the news of the reopening of borders,” she told Arab News. “Words fail me. It is so hard to put my feelings into words. I had been trying for a long time to find an easy way to go back to Jeddah where my parental family resides.”

Despite the restrictions on air travel within the GCC countries on account of the coronavirus pandemic, last month Abdullah was able to briefly visit her loved ones in Jeddah with the support of her Qatari family. But the journey was circuitous and tiring both for her and her daughter, now a year old.

“Moving from one airport to another, waiting in transit for hours, is not the easiest thing,” she said. “The journey was worth it in the end as I had not seen my father or siblings since getting married.”

As a newlywed who had to adjust to a new life abroad for the first time in her life, Sara said it was not easy being unable to meet up with her parental family. The pain of the separation was even more pronounced during her pregnancy, when she was not sure when her parents and siblings would be able to meet the first granddaughter of the family.

Shortly before her due date, she was united with her mother and youngest sister but the reunion was still short of three family members. Although she was relieved to have them by her side, her joy was short-lived as the two visitors had to return to Saudi Arabia within a month.

“It was the most difficult thing one can ever imagine, a feeling I wouldn’t want anyone to experience. Those first few months of marriage were one thing, but not having my mother around when I needed her was the most difficult,” she said. “But it’s all old news now. The good times are soon to come.”

Riyadh, Jan 5: Gulf Arab leaders gather in Saudi Arabia on Tuesday for a summit that is expected to see formal agreement towards ending a long-running dispute with Qatar that shattered Gulf unity at a time of heightened regional tensions with Iran.

Riyadh, the United Arab Emirates, Bahrain and non-Gulf Egypt severed diplomatic, trade and travel ties with Qatar in mid-2017 over allegations Doha supports terrorism. Qatar denies that and says the boycott aims to curb its sovereignty.

Qatar's Emir Sheikh Tamim bin Hamad al-Thani headed to al-Ula, where the summit is being held, state media reported, after an announcement that Saudi Arabia would reopen its airspace and sea and land border to Qatar under a deal that a senior US official said would be signed on Tuesday.

Bahrain will be represented by its crown prince instead of the king at the annual summit and the UAE delegation is headed by the federation's vice-president, who is also ruler of Dubai.

While Saudi Arabia made clear it intended to lift the embargo, the other three countries did not immediate comment in on the issue, but the US official said "it's our expectation" they would also join. Under the emerging deal, Qatar will suspend lawsuits related to the boycott, the official said.

All of the countries are US allies. Qatar hosts the region’s largest US military base, Bahrain is home to the US Navy’s Fifth Fleet, and Saudi Arabia and the UAE host US troops.

The development is the latest in a series of Middle East deals sought by Washington - the others involving Israel and Arab states - aimed at building a united front against Iran.

White House senior adviser Jared Kushner, assigned to work on the dispute by President Donald Trump, is due to attend the ceremony in the historical city of al-Ula along with Middle East envoy Avi Berkowitz and Brian Hook, a special State Department adviser. 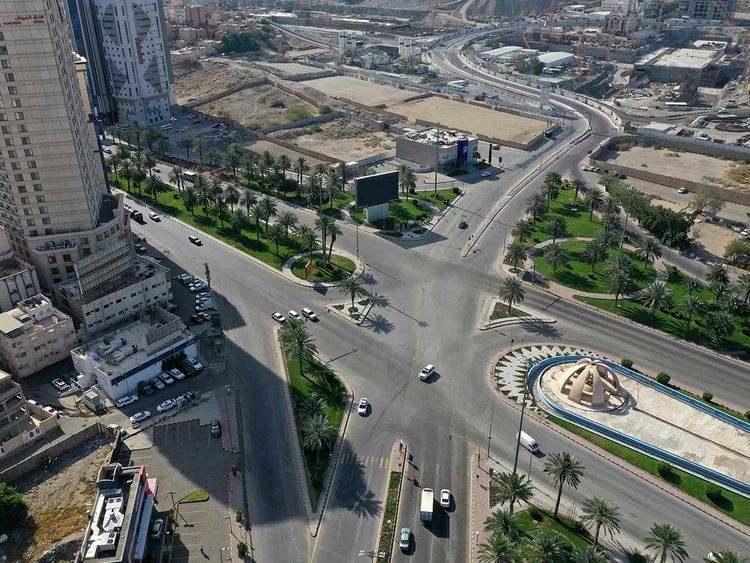 Riyadh, Jan 15: Saudi Arabia employs the best technology-driven hazard warning system on roads in the Arab world. The ranking is as part of the GCC developmental index, according to a report.

The report said that the Saudi transport ministry has covered more than 58 kilometers of the continent-like country with hazard warning signs using technology that produce warning voices once a driver tends to get out of his track due to feeling sleepy or using mobile or suffering worse vision due to bad weather or whatever.

It is noteworthy that the Ministry of Transport has implemented many safety projects that have significantly reduced the number of deaths and serious injuries resulting from traffic accidents in the Kingdom through a number of works, including traffic signals, in line with the goals of the Kingdom's Vision 2030.