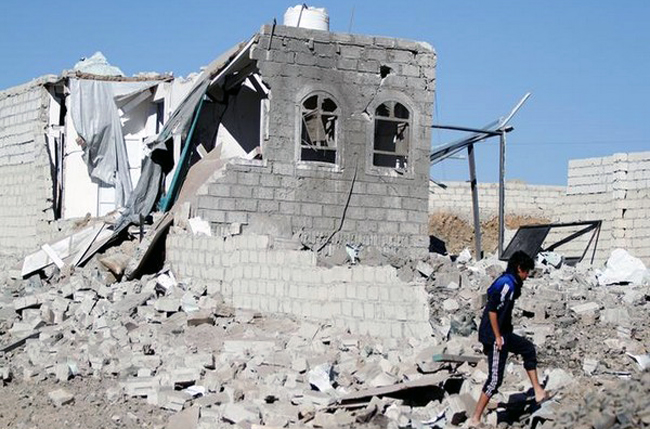 Al-Jawf, Feb 16: At least 31 people were killed and 12 others were injured here in the al-Maslub district in airstrikes by the Saudi-UAE-led military coalition on Saturday.

"Preliminary field reports indicate that as many as 31 civilians were killed and 12 others injured in strikes that hit al-Hayjah area of the al-Maslub district in al-Jawf governorate," said a statement from the office of the UN resident coordinator and humanitarian coordinator for Yemen.

According to Al Jazeera, the airstrike was conducted hours after the Yemeni Houthis said that they downed a Saudi fighter jet in the same region.

Commenting on the air raids, Lise Grande, the UN's humanitarian coordinator for Yemen, said: "We share our deep condolences with the families of those killed and we pray for the speedy recovery of everyone who has been injured in these terrible strikes."

"So many people are being killed in Yemen - it's a tragedy and it's unjustified. Under international humanitarian law, parties that resort to force is obligated to protect civilians," Grande was quoted as saying.