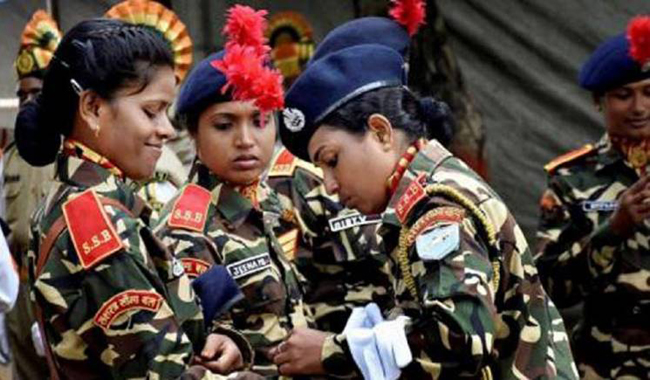 New Delhi, Apr 26: In a historic development, the Indian Army on Thursday started the process of recruiting women, three months after the government announced its decision to open the entry of women as Personnel Below Officer Rank (PBOR).

In advertisements in newspapers, the army has invited women to join the military police as general duty soldiers.

The Indian Army website said the Corps of Military Police was responsible for preserving "good order and discipline and prevent breaches of the same by persons serving in or attached to the regular army". According to reports, the candidates will take a written test followed by a mandatory Physical Endurance Test (PET).

The responsibilities of those selected would include investigation of offences such as rape, molestation and theft; military operations where the army needs police assistance; assistance in evacuation of villages during cross-border hostilities; crowd control of refugees comprising women and children; frisking of women during cordon & search operations and ceremonial as well as policing duties.

The applications close on June 8, said the advertisement.

While women are present in the medical, legal, educational, signal and engineering wings of the army, the move to induct them into the military police is a new one. Reports suggest that Army Chief Gen Bipin Rawat proposed the idea while Defence Minister Nirmala Sitharaman approved the decision in January.