Mangaluru, May 26: The Lok Sabha election results were not a referendum on the Congress-Janata Dal (S) coalition government in the State, said Ivan D’Souza, MLC and parliamentary secretary, on Saturday.

Addressing presspersons here, he said that people have voted back Prime Minister Narendra Modi to power based on national issues, not as an assessment of the State’s administration.

The Congress leader claimed that the coalition government is “pro-farmer and pro-poor” and remains intact. “H.D. Kumaraswamy will continue as Chief Minister for the next four years,” he asserted.

Mr. D’Souza said that the BJP had used Hindutva as its trump card this election and that Mr. Modi had returned to power by “marketing matters of national security”.

He alleged that Mr. Modi had not talked about “sabka saath, sabka vikas” and developmental aspects in any of the 142 rallies he addressed. Instead, he only spoke on national security matters such as Pulwama attack and the government’s retaliatory cross-border air strike. “The national media also helped him come back to power,” he said.

The MLC said that during the election tour and campaign, people spoke about the problems they faced after demonetisation and unemployment issues. But the BJP made it to power again through “religious polarisation”, Mr. D’Souza said.

However, he confessed that the Congress did not expect such a huge win for the saffron party.

Bengaluru, Jul 21: Leader of Opposition and former Chief Minister of Karnataka Siddaramaiah on Monday attacked the ruling government and said press conference of Health Minister B Siramulu was more like an exercise to hide facts than presenting proof with accurate data.

"Got to know about the press conference addressed by B Siramulu and Dr Ashwathnarayan CN to clear accusations of corruption. It looked more like an exercise to hide facts than presenting proof with accurate data," Siddaramaiah tweeted.

"It is still unclear about the points presented in the press conference. They have not answered any of my questions which were raised earlier. I will respond in detail once I receive the written explanation from the govt. Minister has claimed that both Health & Medical education department together have spent Rs323 Cr. But the data presented by them does not even add up to Rs100 Cr. What happened to the rest of the money?," asked Siddaramaiah.

"Prime Minister's Office has procured ventilators at Rs4 lakh per unit under PM Cares. But only in our state, the ventilators are procured at Rs12-Rs18 lakh per unit. Why do we see such a huge difference in price? Ministers, in the press conference, have told that quality & technological capabilities are the reasons for huge price difference. Does it mean ventilators under PM Cares lack quality? Why did they not present the technical specifications to justify the same?" he asked.

"Not just about the procurement of medical equipment, I had even asked data about food kits, PDS distribution, beds procured, quarantine centres & isolation wards. Where is the data for that?" he asked in a series of tweets.

Fearing suspension after two murders in his jurisdiction, cop kills himself 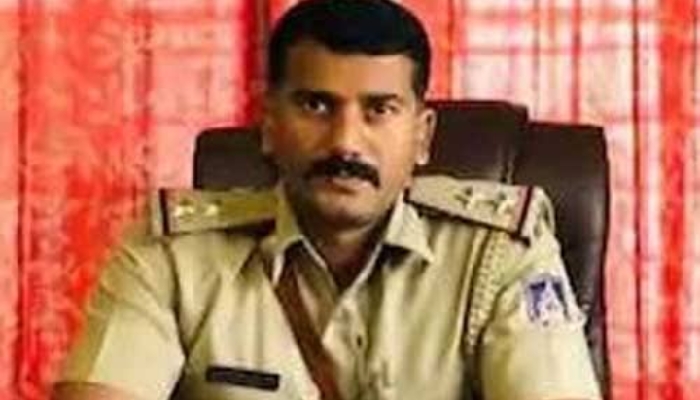 The deceased has been identified as Kiran Kumar, 34, who was in charge of Channarayapatna rural police station.

Sources said that he was upset after two murder cases were reported in the last 24 hours in his limits. Kiran reportedly told colleagues an hour before the extreme step that he feared he would be suspended.

According to locals, the SI was upset after news of the two murders due to alleged negligence of the police spread on social media. He killed himself before a visit by senior officials. IGP, southern range, and SP Srinivasagowda was planning to visit the town and the spots where the murders took place on Friday.

Kiran, a native of Lalanakere village in Arsikere taluk, was known for his rapport with local people. He was alone when the incident took place. His wife and children had gone to Lalanakere for the Varamahalakashmi festival on Thursday night. The body was shifted to the mortuary for a postmortem.

Bengaluru, Jul 22: Congress MLA Priyank Kharge has questioned the Karnataka government on the alleged breakdown of oxygen in the intensive care unit (ICU) at ESIC hospital in Kalaburagi, saying he had got complaints that eight persons who were on ventilators had died.

He asked the government if it is "deliberately" hiding something about the patients that were admitted in ESIC.

"I have got complaints that eight people who were on ventilators are dead in ESIC Kalaburagi because there was oxygen breakdown in ICU. ESIC has not been admitting patients as the issue has not been resolved. Nobody is confirming or denying it. Is the Government deliberately hiding something?" he asked.
Kharge also accused the government of not having adequate facilities to combat COVID-19 in different parts of the state.

"I hope I am wrong, but if it is a fact, this ascertains that the administration has lost control over Corona pandemic in the district. No addition testing centre. No beds are available. PPE Kits and medical waste is thrown in Gulbarga Institute of Medical Sciences (GIMS)," he added.

According to the Union Health Ministry, there are 67420 COVID-19 cases in the state.