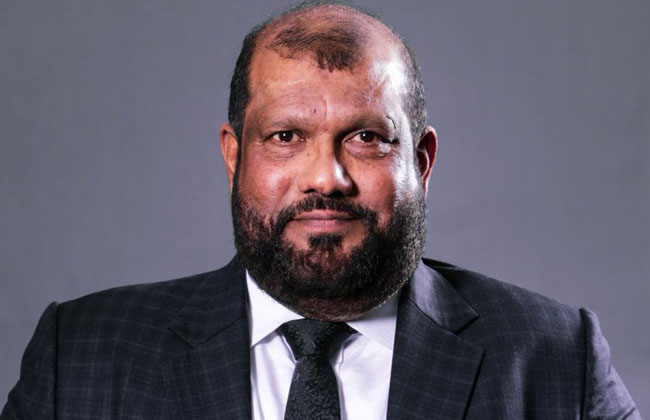 Dammam: K.S Sheikh Karnire, VP of Expertise Contracting Ltd, has become one of the very few Indians to receive permanent residency in Saudi Arabia after the Kingdom recently permitted foreign nationals to own business and property without the need for a sponsor.

The Premium Residency, informally known as Saudi Green Card, is a residence permit in Saudi Arabia grants expatriates the right to live, work and own business and property in the Kingdom.

Reacting to the news Mr. Sheik said, this was “My heartfelt thanks to the King Salman, Crown Prince Mohammed Bin Salman and entire Saudi Government. No doubt, this is a proud moment for me. I am delighted and happy. My sincere thanks to the people who have trust in Expertise and my brothers are the driving force behind the success of Expertise."

The Premium Residency, informally known as Saudi Green Card, is a residence permit in Saudi Arabia grants expatriates the right to live, work and own business and property in the Kingdom without need for a sponsor.

The introduction of the Premium Residency comes as a part of Saudi Arabia's Vision 2030 reform plan, which was announced by Crown Prince Mohammed bin Salman to boost the Saudi economy.

Expertise Contracting Company, founded in 1999 has been renowned Industrial service provider of K.S.A. With more than 10,000 employees and more than 5000 pieces of equipment, the company is supporting in a good number for the economy of K.S.A. Expertise services span major industrial divisions allowing to serve a variety of sectors including petrochemical, oil & gas, fertilizer, steel, cement, water treatment, and power generation verticals. With headquarters in Jubail Industrial City, K.S.A, Expertise boasts an operating terminal of 300,000 sq. meters and has branch offices across the kingdom.

It can be remembered that, Mr.Sheik and his team has supported the stranded employees and families during COVID 19 period to safely bring them back from Saudi to India through more than 10 charted flights to the various cities of India. They are also running a NGO under the name of K.S.Sayeed Charitable trust supporting number of downtrodden families for food, shelter and education.

Hailing from a village Karnire, Near Mangaluru, Mr. Sheik has entered the kingdom as a Automobile Engineer and built the company along with his 5 other brothers. 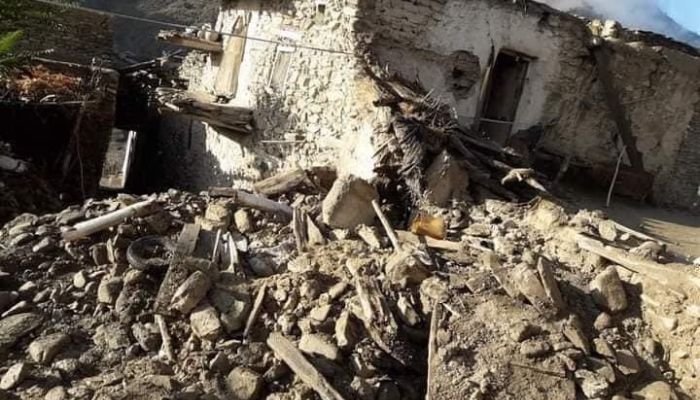 Kabul, June 22: A powerful earthquake has killed at least 250 people and left scores injured in Afghanistan, a local official said.

A local government official told the BBC the death toll of more than 250 was likely to rise, and that more than 150 others had been injured.

The quake struck about 44km (27 miles) from the south-eastern city of Khost.

Tremors were felt across more than 500km of Afghanistan, Pakistan and India, according to the European Mediterranean Seismological Centre, quoted by Reuters.

The centre said that witnesses had reported feeling the quake in Afghanistan's capital, Kabul, as well as Pakistan's capital, Islamabad.
"Unfortunately, last night there was a severe earthquake in four districts of Paktika province, which killed and injured hundreds of our countrymen and destroyed dozens of houses," government spokesman Bilal Karimi tweeted.

"We urge all aid agencies to send teams to the area immediately to prevent further catastrophe."

The earthquake - which hit during the early hours as many people slept - was a magnitude 6.1 quake at a depth of some 51 km, according to the US Geological Survey.

Udaipur, June 28: A man was beheaded on Tuesday, 28 June, in Udaipur's Maldas street, after he published a social media post allegedly supporting former Bharatiya Janata Party’s suspended spokesperson Nupur Sharma's remarks against the Prophet. An investigation into the crime has been initiated.

Two men, claiming to be the murderers, posted a video message later in the day and sent out a threat to Prime Minister Narendra Modi.

As per the police, the victim, a tailor by profession, was attacked by a sharp-edged weapon. The video of the incident has gone viral on social media, which is being termed as a Taliban-style murder.

The police have reached the spot and further investigation is underway.

"I condemn the heinous murder in Udaipur. Strict action will be taken against all those involved in the crime and the police will go to the bottom of the case. I appeal to all the parties to maintain peace. Strictest punishment will be given to those involved in such a heinous crime," he said.

In the viral video, one of the two accused could be heard saying, "I will make the video viral when I accomplish my goal to teach a lesson to the hate monger." He was also heard threatening PM Modi and Nupur Sharma.

Police sources said that the plot to murder this man was chalked out some 10 days ago.

Meanwhile, the local traders have shut their shops in protest against the brutal murder. A tense atmosphere has prevailed in the region.