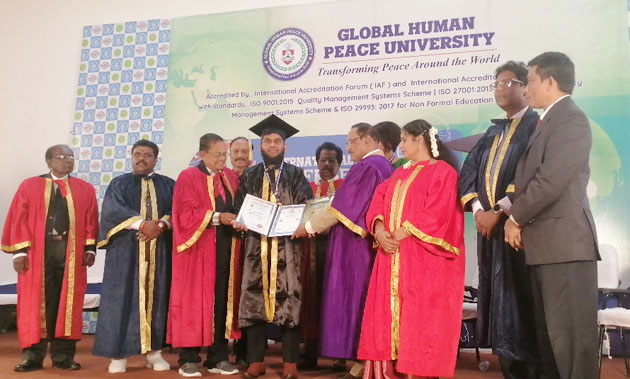 Adv. Abdul Hameed aka P A Hameed Padubidri, an NRI pro-bono lawyer and social worker, who is presently working in a Saudi Defense Company based in Riyadh, has been conferred with the Honorary Doctorate as well as Dr  APJ Abdul Kalam Peace Award-2022 by the Global Human Peace University based in Chennai, Tamil Nadu-India.

The Doctorate and Award were bestowed to P A Hameed for his long exemplary and outstanding services in the socio- humanitarian arena through his vast knowledge in law faculty.

P A Hameed arrived in Coimbatore directly from Saudi Arabia to receive the Doctorate and Award at the Awarding ceremony held on 09/04/2022 at SITRA Auditorium in Coimbatore, Tamil Nadu.

Global Human Peace University (GHPU), which is having presence in various foreign countries, recognized and honored P A Hameed by conferring the hybrid awards for his great achievements effected for the cause of the Indian compatriots and others alike.

Dr P A Hameed was a humanitarian functionary from a very early age. He held several positions in various organizations including the Member of BOA (Board of Appointment) in Mangalore University, Karnataka State Minority Commission District Member nominated by the Governor.

Dr P A Hameed was the first elected Taluk Panchayat member of Udupi during 1995-2000. He was known as the youngest elected T.P. member in the State.

He had been practicing lawyer at Udupi court for few years & then he had touched down the Kingdom of Saudi Arabia & was working at a Saudi Defense Company based in Riyadh, the capital of Saudi Arabia.

Dr  P A Hameed took up various cases voluntarily, including but not limited to, labor issues, sponsorship issues & other cases.

During the last Covid-19, he was working relentlessly by coordinating with the Indian Embassy in Riyadh & Indian Embassy in Dubai & ICG in Abudhabi & other authorities to bring back Indians (to Saudi), who were stranded in Dubai due to travel ban.

During the recent Russia-Ukraine war, he built continuous contacts with the Indians, especially students stranded in Kiev, for facilitating their safe repatriation to India through the Indian Foreign Ministry in Delhi and Indian authorities in Ukraine Poland-Armenia-Slovakia.

Around 225 students were repatriated to India through the "Air Ganga Operation" via Poland with his continuous efforts.

He has been addressing various problems faced by housemaid women in their respective works and places. Taking all these services into consideration, he has been recognized by and conferred with the hybrid Awards.

Of the seven children of late Arabi Abdul Khadar and Aisha, Dr P A Hameed is the youngest son, whose mother recently passed away. His elder brothers P.A. Rahiman and P.A. Hussain are engaged in community and religious activities, while another brother P A Mohiddin is serving as the Assistant Commandant (AC) of the Border Security Force (BSF) Bangalore Zone. 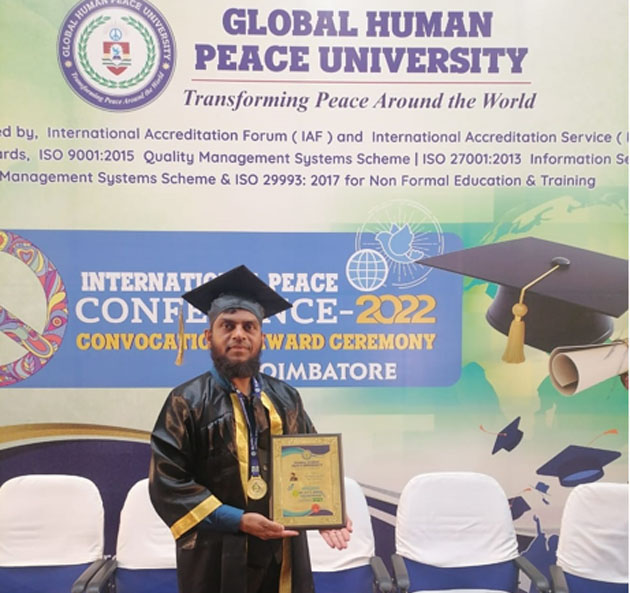 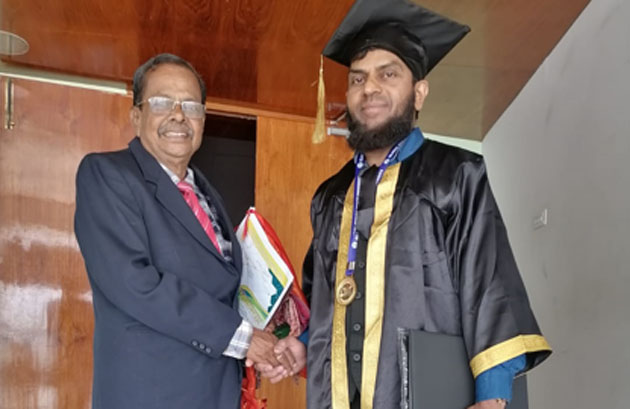 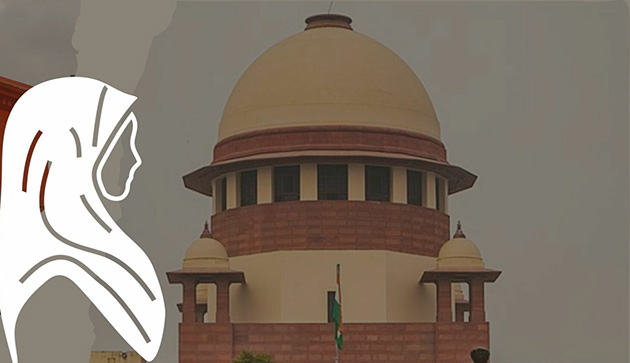 Bengaluru, Sept 29: The BJP government of Karnataka, which is defending its decision to ban hijab in educational institutions, today claimed in Supreme Court that students of Pre-University colleges in Karnataka started wearing hijab because of Popular Front of India.

“Till 2021, no girl student was wearing hijab in Pre-University colleges, but a movement was started on social media by the Popular Front of India as part of larger design to create unrest, forcing the state as custodian of constitutional rights to intervene into the matter,” the government told the SC.

"It was not a spontaneous reaction, but a part of larger conspiracy in the middle of academic year to engineer social unrest. This sudden upsurge in demand to wear hijab was not original thinking by the students," Solicitor General Tushar Mehta submitted before a bench of Justices Hemant Gupta and Sudhanshu Dhulia.

While arguing to defend the February 5 government notification on banning hijab, he said it would be doing disservice to contend the order targeted one community as it prohibited saffron muffler, gamcha etc., too.

Referring to the attempt to create unrest, he said if the government had not acted, it would have been guilty of dereliction of duty. The purpose of prescribing uniform was to ensure equality, equity and uniformity, he asserted.

In his submission, Mehta also said India is a secular nation and even in countries, which are constitutionally Islamic like Iran, not all women are wearing hijab. They are fighting against it.

He also claimed that mere mention of hijab in Quran makes it a religious practice, but not essential. The practice has to co-exist with the religion in order to be sustained, he added.

During the hearing, the bench said the petitioners never said they won't wear uniform. It asked if a child wears a muffler during winters, would this be prevented.

To this, Mehta said the rule says there cannot be a religious identity and uniform is uniform, and in a secular school, one has to wear the uniform.

The court also observed that must be proved beyond doubt that the wearing of the hijab was a threat to public order, public health or morality.

The court also said that the Karnataka High Court should have not gone into the essential religious practice test.

On this, Mehta said that the High Court could have avoided going into the essential religious practice issue, but it was the petitioners who moved the court raising the argument that hijab was an essential practice.

The court would continue to hear the matter arising out of March 15 judgement of the Karnataka High Court upholding hijab ban. 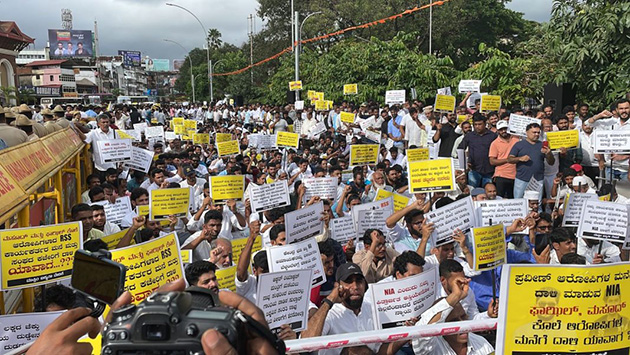 Mohammed Masood, Praveen Nettaru and Muhammad Fazil were hacked to death by miscreants in the district. While chief minister visited Nettaru’s family and handed over Rs 25 lakh compensation, he has refused to pay any compensations to the family of murdered Muslim youths. The government has also handed over Nettaru murder case to NIA and ignored two other murders.

Today’s protest is organised by Muslim Aikyata Vedike, Suratkal, in association with like-minded organisations and members of mohallas.

Chief minister Basavaraj Bommai, home minister Araga Jnanendra had made false promises of visiting the house of Masood and Fazil. Neither the ministers nor the local MLA visited the house of the victims and consoled the family members, he said.

He said the police should book the assailants of Masood and Fazil under the Unlawful Activities (Prevention) Act just like the way the assailants of Nettaru were booked by the Dakshina Kannada district police. Both cases should be handed over to the NIA for investigation.