After campaign against hijab and halal, Hindutva outfits call for ban on loudspeakers in mosques

After the rigorous hate campaign against hijab in educational institutions and halal meat, the hardline hindutva outfits led by Bajrang Dal and Sri Ram Sena have now called for a ban on loudspeakers in mosques. Backing the Maharashtra Navnirman Sena chief Raj Thackeray, they warned that they will play Bhajans at 5 am as a protest against azaan from loudspeakers at mosques.

Raj Thackeray on Saturday demanded that loudspeakers of mosques be shut down. "Why are loudspeakers in mosques played at such high volume? If this is not stopped, there will be speakers outside mosques playing Hanuman Chalisa at higher volume," he had warned while addressing a Gudi Padwa rally at Shivaji Park in Mumbai.

In a video message, Sri Ram Sena convener Pramod Muthalik said the Hindutva outfits have been demanding that the loudspeakers on mosques should be banned and the Supreme Court’s order on noise pollution implemented. In this regard, the Sriram Sena had petitioned the authorities concerned but no one paid heed, he alleged.

The government has to instruct the mosque managements not to use loudspeakers, Muthalik said. He also said that the Supreme Court prohibited use of loudspeakers from 10 pm to 6 am every day.

"The order also says that loudspeakers should not be used in the silent zones such as schools and hospitals but that order is being violated by the mosque managements. We will play Bhajan every morning if the loudspeakers from mosques are not removed," Muthalik warned. 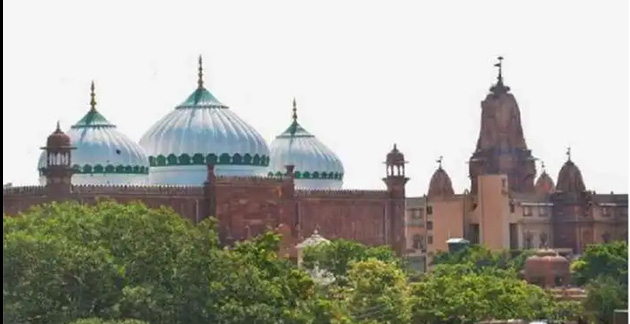 Mathura, Sept 15: A fresh petition has been filed at a court in Uttar Pradesh’s Mathura seeking removal of yet another mosque, the Mina Masjid, belonging to the Mughal era.

The petitioner has claimed that the mosque was built on a part of the Thakur Keshav Dev Ji temple, on the east side of the so called Sri Krishna Janmabhoomi complex.

The suit has been filed by Dinesh Sharma, national treasurer of Akhil Bharat Hindu Mahasabha (ABHM), as a devotee of Lord Krishna and as his 'Vaad Mitra' (friend of the suit).

The suit has been registered in the court of civil judge (senior division) Mathura, Jyoti Singh.

Several petitions have already been filed in various Mathura courts, seeking the shifting of another important mosque, the Shahi Masjid Idgah, from the complex, with petitioners maintaining that it has been built at the 'birthplace of Lord Krishna' within the core 13.37-acre premises of the temple.

In the fresh petition, Sharma, claimed to be a devout follower of Thakur Keshav Dev Ji Maharaj (another name of Lord Krishna), who is 'petitioner number 1' in the case.

"The basic purpose of the suit is to protect the property of Thakur Keshav Dev Ji Maharaj who owns land measuring 13.37 acre in Mathura city on which Sri Krishna Janmabhoomi is located. We have now sought removal of the construction raised in the name of Mina Masjid near Vrindavan railway line at Deeg gate on land owned by the deity."

The court has fixed October 26 for hearing the case, said Deepak Sharma, the petitioner's counsel.

In almost a dozen cases in Mathura, petitioners appearing on behalf of Shri Krishna Janmabhoomi have challenged the settlement dated October 12, 1968 between Shri Krishna Janmasthan Seva Sangh and Shahi Masjid Idgah, which was part of suit number 43 of 1967.

The petitioners claim it has no legal validity because the Sri Krishna Janmabhoomi Trust, having ownership and title, was not party to the settlement.

The petitioners have also claimed that the mosque was built on the same spot where a temple was razed by Mughal emperor Aurangzeb.

The management committee of Shahi Masjid Idgah has objected to these petitions, saying that a compromise was made in 1968.

Hence, the petition, as such, is time barred.

Hijab and 'pallu' are same, even President of India wears it: Karnataka JDS president 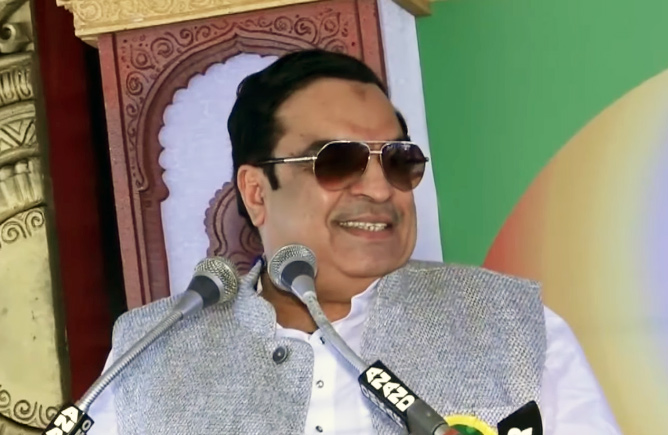 "Indira Gandhi had a pallu. The President of India has a pallu. Is that ghoonghat also a conspiracy of the PFI? Women covering their head with pallu and ghoonghat is India's culture and history. You can call it pallu or hijab, both are same," Ibrahim said.

Stray dog menace across Karnataka; Lakhs bitten by canines in 2022; many die of rabies

Bengaluru, Sept 17: The stray dog menace that has claimed several lives continues to haunt the pedestrians including school children across Karnataka.

As per the State Health Department date, over 1.58 lakh people in Karnataka have been bitten by dogs this year (from the beginning of 2022 till now). Another 2,677 people have been bitten by animals such as cats and monkeys that can also potentially spread rabies.

However, the actual number of cases of dog attacks is believed to more than double of recorded cases. The data on dog bites and vaccinations currently with the Health Department is heavily underreported.

Primary health centres (PHCs) are supposed to have a dedicated data entry operator to report daily data related to rabies and some other diseases so that no cases are missed. But many PHCs don’t have dedicated personnel, says an official at the Health department.

Besides, the current data almost entirely excludes the private sector. Government facilities currently upload their data on the IHIP (Integrated Health Information Platform). “Currently, 95% of reporting on IHIP is from the government sector. As per the NFHS-4 (National Family Health Survey), 64% of patients in Karnataka approach the private sector. So it’s important to get data from private facilities,” says the official.

When it comes to rabies deaths, nine were confirmed this year, till July, based on lab tests at Nimhans. Last year, 13 deaths were confirmed.