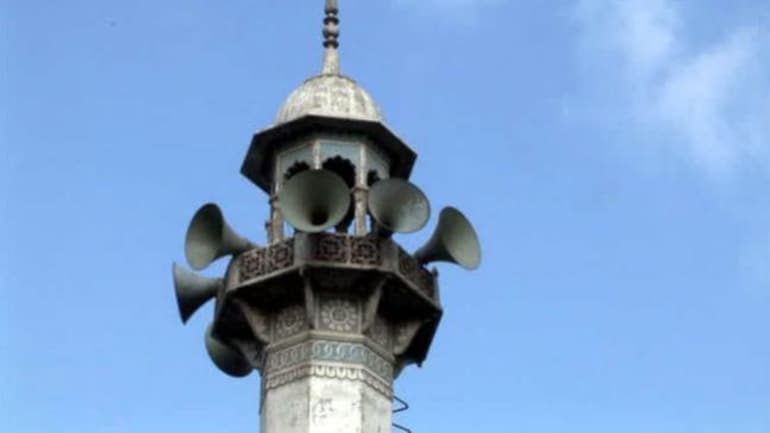 Bengaluru, Mar 17: In an order with far-reaching implications, the Karnataka State Board of Auqaf has issued a circular to all the mosques and dargahs (mausoleums) in the state not to use loudspeakers between 10 pm and 6 am, saying the ambient noise level around these structures has "deleterious effects on human health and the psychological well-being of people".

In the circular dated March 9, the board said, "The loudspeakers shall not be used at night time, which shall mean from 10 pm to 6 am."

Further underlining the "silence zones", the circular said any violation will be liable for the penalty.

"The areas comprising not less than 100 metres around hospitals, educational institutions and courts are declared as silence zones.

"Whoever uses sound amplifier or burst sound-emitting firecrackers, uses a loudspeaker or public address system in a silence zone is liable for penalty under the provisions of the Environment (Protection) Act-1986," the circular read.

These decisions were taken at the board's 327th meeting held on December 19, 2020, regarding strict adherence to the Noise Pollution (Regulation and Control) Rules, 2000 in Karnataka and "it unanimously resolved to create awareness amongst the managements of Masjids and Dargahs".

"It is observed that increasing the ambient noise level around many a Masjid and Dargahs due to generator sets, loudspeakers and public address systems have deleterious effects on human health and the psychological well-being of people," the order noted.

The board reminded the mutawallis and managing committees of the mosques and dargahs that it had issued a circular on July 10, 2017 (when Siddaramaiah headed the Congress government in Karnataka) to follow the ambient noise standards in accordance with the Noise Pollution (Regulation and Control) Rules, 2000.

The circular said that loudspeakers should be used only for "azan" and other important announcements, whereas the congregational Salat, Jumma Qutba, Bayans, religious socio-cultural and knowledge-based functions shall be performed with the speakers installed on the premises of the mosques and dargahs.

The noise-governing apparatus may be installed in the institutions in consultation with the local environment officers.

The Khateeb O Imam of Bengaluru's Jamia Masjid, Maqsood Imran, told media that he too has received the circular. He added that they have spoken to the CEO of the board about revising the circular since the morning "azan" is an important one.

He shared a letter written by Waqf Board member and MLA Tanveer Sait to the CEO of the board.

In the letter, Sait said, "As the board is an autonomous body, keeping this instruction in the view, you are hereby directed to issue an amended circular at the earliest, considering sunrise timings and use of loudspeakers sensibly between 10 pm to 5 am as the holy month of Ramzan is fast approaching."

Former chairman of the state Waqf Board Anwar Manippady told the press, "It is a great step towards amiability in the society between the two communities -- minorities and majorities."

Bengaluru, Apr 5: Will covid-19 vaccines protect you from novel coronavirus? If you think “yes”, the ground reality is quite different. Many hospitals in Karnataka have confirmed that healthcare workers and other personnel have been contracting covid-19 even after receiving the second dose.

The Bengaluru Medical College and Research Institute (BMCRI) has found over a dozen positive cases among MBBS students on the campus despite being inoculated with the second dose, according to Dr Smitha Segu, nodal officer.

“None of the index cases had a travel history. They were tested after they developed symptoms. Subsequent testing of other students at the BMCRI hostel found 13 positive cases. Some of the students had recently been vaccinated,” she said, adding that all positive students are currently under isolation in separate hostel rooms.

Another official said cases have been found in other medical colleges. “Some colleges have reported between 10 and 12 cases,” the source said, cautioning that the infection was spreading from medical students to their friends in non-medical areas of study such as engineering.

“We are at an inflection point because colleges are conducting exams at physical locations. A chunk of the daily cases being reported every day are college students,” the source added.

Officially, there is no data on how widespread the problem is. According to the latest data, 3.48 lakh healthcare workers have received the second dose across the state.

But Health Commissioner Dr Thrilok Chandra said the particular data point of healthcare worker infections after vaccination is not yet being tracked. According to one government source, however, at least two dozen cases have been officially recorded so far.

According to the Private Hospitals and Nursing Homes’ Association (Phana), such infections are no longer uncommon. “There are many cases being reported to us, to the point that on Saturday, we asked the government to start an awareness campaign informing healthcare workers about the limitations of the vaccine,” said Dr Prasanna H M, president of Phana.

Virologist Dr V Ravi blamed the misperception of the vaccine. “All Covid vaccines authorised for human use only guarantee protection against severe disease and death. They do not protect against infection,” he stated.

It is a clear case of Peltzman Syndrome, added Dr C N Manjunath, director of Sri Jayadeva Institute of Cardiovascular Sciences and Research. The phenomenon describes how individuals respond to safety measures with a compensatory increase in risky behaviour.

At Jayadeva, two nurses in their thirties contracted the disease within weeks of receiving their second dose a fortnight ago.

“We think the nurses contracted the disease while outside or from their families. They were tested after they developed symptoms of the disease. However, the severity of infection was less,” Dr Manjunath said.

Two of the dead were from Colachel in Tamil Nadu while the other was from West Bengal.

The bodies are kept at the district Wenlock hospital here, sources said.

Two fishermen, who were rescued by the Indian Coast Guard, have been admitted at the government hospital here.

Six fishermen from TN and three from Bengal, who were on the boat, are still missing.

Bengaluru, Apr 8: A 26-year-old IAS aspirant allegedly killed himself in Karnataka’s capital after he was blackmailed by online fraudsters who took his nude video with a stranger.

Narendra (name changed), an MBA graduate from Bhaktarahalli near KR Puram, reportedly ended his life on March 23. Though the reason for his extreme step was not known initially as he did not leave a suicide note, his sister later learnt that he was blackmailed by fraudsters who befriended him on Facebook.

The victim had become friends with a stranger who identified herself as Neha Sharma on Facebook. On seeing her picture, he accepted her friend request and began chatting with her. The woman made a video call and convinced him to undress. Some miscreants associated with the woman recorded him in the nude and blackmailed him. Narendra paid the miscreants Rs 36,000 by borrowing from his friends on March 22.

Two days after his death, Narendra’s friend reported that he borrowed money and appeared tensed. Narendra’s sister took his bank statement and found six transactions on the same day. She also found a message from Sharma.

On contacting the profile, Sharma asked her to send Mahendra’s mobile number. She gave her nephew’s number and introduced him as Mahendra. The miscreants tried to extort money once again, promising to delete the video if he pays Rs 21,000.

The stranger who chatted introduced himself as Tejas Ramesh Bhai, Sharma’s manager. He also named three managers: Moin Khan, Javed and Robin. Police have registered an abetment case against all five individuals and are proceeding with the investigations.