While the total number of positive cases in DK mounted to 8,378, it reached 7,490 in Udupi. Both the districts reported 6 deaths each.

Among 322 new patients in Udupi, 186 people are from Udupi taluk, 95 from Kundapura, and 36 from Karkala. The remaining five from other districts. 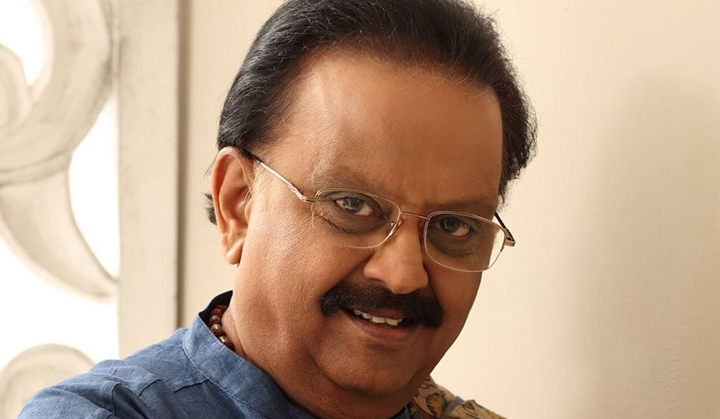 Chennai, Sept 25: The legendary singer, who was hospitalised in August after testing positive for COVID-19, died on Friday afternoon at a private hospital in Chennai

Legendary playback singer S.P. Balasubrahmanyam passed away at a private hospital at 1.04 p.m. in Chennai on Friday. He was 74.

Balasubrahmanyam was hospitalised in August at MGM Healthcare after testing positive for COVID-19, and while he reportedly did well initially, he took a turn for the worse, and was put on a ventilator and ECMO support.

On September 7, he tested negative for COVID-19 but continued to be on ventilator.

Popularly known as SPB, Balasubrahmanyam made his singing début in 1966 with Telugu movie Sri Sri Sri Maryada Ramanna. He has sung over 40,000 songs in as many as 16 languages including Telugu, Tamil, Malayalam, Kannada, and Hindi.

He is survived by his wife, a son and a daughter — both are playback singers.

Balasubrahmanyam sang thousands of songs in South Indian languages and in Hindi for five decades for generations of actors — from MGR, Sivaji Ganesan and Gemini Ganesan — and was the winner of six national awards.

Paadum Nila (Singing Moon) as he was called by his fans, had a lilting voice with the finest traces of great singers. “His was a breeze-like voice of A.M Raja, with the softness of the P.B. Srinivas and the effortlessness of Mohamed Rafi,” said film music historian Vamanan.

His voice effortlessly captured varied human emotions and feelings. In one scene he would sing a spoof -- annatha adurar othiko -- and in another scene, powerfully express the anguished mind by rendering unna nenachan paatu padichen thangame as seen in Apoorva Sagodharargal. He acted in films such as Manathil Uruthi Vendum, Keladi Kanmani and Sikaram, besides scoring music for some films.

An extremely friendly man who enjoyed his moments with interviewers, SPB once said he was fond of life and never wanted to die.

SPB bagged his first national award for Sankarabharanam, even though all the songs in the Telugu film are based on pure Carnatic ragas. “Even SPB had apprehensions about taking on the assignment as he had no proper training in classical music. It was T.K. Pugazhlendhi, the assistant of music director K.V. Mahadevan, who persuaded SPB to render the songs,” said Mr. Vamanan.

The award for Tamil films eluded him for many years even though his collaboration with music director Ilayaraja and M.S. Viswanathan had resulted in innumerable memorable duets, solos, folk songs, spoofs and songs with classical touches.He finally won it for the song Thanga Thamarai in the film Minsara Kanavu for which the music was scored by A.R. Rahman. SPB, in an interview, said Tamil films offered a lot of scenes and scope in which a song was perfectly suited, without any artificiality.

Born Sripathi Paditha Arathyula Balasubramaniam, in 1946, to Nelloor-based Harikatha exponent Sambamurthy, SPB’s ambition was to become an engineer. His failure to clear a subject in his PUC course forced him to pursue the now-defunct AMIE course in Chennai. But the music in his blood lured him towards singing competitions, and finally to the film world.

His talent was spotted by another playback singer and music director S.P. Kothandapani, who was sitting among the audience at a competition at the Andhra Social and Cultural Society (ASCA) and he provided him with an opportunity to sing in the Telugu film Sri Sri Mariatha Ramanna. SPB was one among four singers — S.P. Kothandapani, P. Susheela, P.B. Srinivas and Eelapada Raguramaiha — who rendered the ragamalika song, Emi Evindha Mogum.

“Anyone who had listened to the part he rendered for Shoban Babu would realise potential in the voice. It proved to be a prelude for a record career in film music,” said Mr. Vamanan.

While he was able to find a toehold in the Telugu industry, the Tamil film industry proved elusive till and an introduction to music director M.S. Viswanthan (MSV) through his friend Bharani. SPB chose to render Nilava Ennidam Nerungathy before MSV, who liked the voice, but had reservations about his Tamil pronunciation. It was actually a chance meeting with MSV that opened the doors of the Tamil film music industry. SPB came in like a fresh breeze with Iyarkai Ennum Ilayakanni, for the film Santhi Nilayam.

“Though the song was recorded first, another song, Aayiram Nilave Vaa in the MGR-starrer Adimaipen reached the public first -- the film was released earlier in the year 1969,” explained Mr. Vamanan.

Both the songs became a hit overnight. SPB would gratefully acknowledge the opportunity given to him by MGR and music director K.V. Mahadevan who introduced him to the future Chief Minister of Tamil Nadu.

SPB was down with malaria after the rehearsal was over. But MGR waited till he recovered. “MGR told me that he did not want to disappoint me. He felt that I would have informed my friends and if I was not given the opportunity, my friends would not think well of my capacity as a singer,” SPB once said.

Even though there was an argument that MGR had roped in SPB because of his difference of opinion with T.M. Soundararajan (TMS), Mr. Vamanan said MGR continued to prefer TMS to render duets and songs with political messages. MGR also gave opportunities to K.J. Jesudas and Jayachandran.

Even though he worked with other music directors like V. Kumar, Vijaybaskar and Shayam, SPB’s career graph ascended with the arrival of Ilayaraja and actors such as Rajinikant and Kamal Haasan. Even with Ilayaraja it did not happen immediately. SPB could not get an opportunity in Annakili, Patrakalai, Kavikuyil, Durgadevi, Deepam and Thunai Iruppal Meenakshi.

Once the combination began though, it proved unstoppable. Bhuvana Oru Kelvikuri offered him two outstanding songs — Raja Enbar Mandhiri Enbar and Vizhiyile Malarnthathu. The duets he rendered with S. Janaki were irreplaceable.

At a time when Ilayaraja started dominating film music, MSV’s music for Ninaithale Inikkum rocked, and almost all the songs were rendered by SPB in the film. Later, when MSV and Ilayaraja came together to score music for Mella Thiranthathu Kathavu, SPB was their natural choice.

Actor Mohan benefitted enormously from the music of Ilayaraja and voice of SPB. Almost all the songs in his films proved great numbers. His voice remained eternally youthful and he enthralled his fans by appearing on stage with light music troupes. He and Ilayaraja had a small falling out after the music director prevented him from singing on stage the songs composed by him, based on copyright claims. The two patched up though later, in a public event.

SPB was the favourite singer of MSV and would always cherish the song Ilakkanam Marudho in the film Nizhal Nijamahirathu.

When MSV composed music for Krishna Ganangal penned by Kannadasan, SPB sang the song, the lullaby Ayarpadi Maligaiyil Thaimadiyil Kantrinaipol Mayakannan Thoongukiran. And now, SPB himself will be asleep forever, his voice playing the same lullaby it has played in several homes for decades now.

SPB is no more, but his voice will live on. 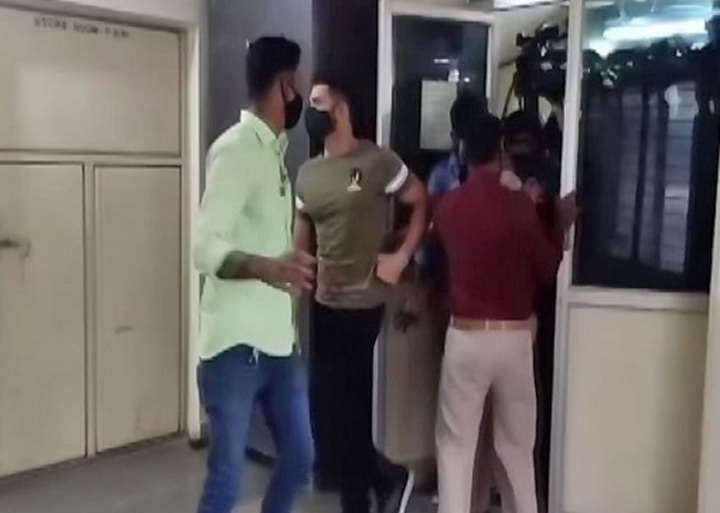 New Delhi, Sept 17: Opposition leaders met President Ram Nath Kovind on Thursday and raised questions about the role of the police during the February riots, besides expressing their lack of confidence in the probe of the incident.

In a joint memorandum, the leaders raised their concerns over the probe into the riots being conducted by the Delhi Police.

The Delhi Police has set up Special Investigation Teams (SIT) and its Special Cell is also probing the aspect of conspiracy behind the Delhi riots in which 53 people lost their lives.

"There are, however, serious questions about the role played by the Delhi Police during the violence and also the manner in which the police is harassing and attempting to falsely implicate activists and young people who took part in the anti CAA/NRC/NPR movements as the perpetrators of violence.

"Such a manufactured conspiracy theory has now begun to falsely implicate political leaders," it said.

The memorandum also criticised the police for the reference made to CPI(M) general secretary Sitaram Yechury citing disclosure statements by the accused.

"This is a disturbing trend that raises serious questions over the manner of such investigations," the leaders said.

They also alleged that there are several publicly documented accounts and videos of police being "complicit in the violence, directing mobs pelting stones or looking the other way when mobs were indulging in violence".

"During the violence, a disturbing video emerged showing uniformed policemen assaulting young men lying injured on the road and forcing them to sing the national anthem while repeatedly beating them with lathis.

"One of the men, Faizan, succumbed to his injuries a few days later," the memorandum said highlighting other such instances, including one in which they alleged the "DCP stood quietly next to a BJP leader who was instigating violence against the protestors, warning that if they did not vacate the road, he would do it himself".

"Despite several complaints being filed alleging involvement of senior police officials in the violence, including a DCP, additional commissioner and SHO, it appears no urgency has been accorded to identifying the policemen involved in the violence and ensuring that they are brought to book," it said.

It also pointed out that while the police was "silent" on the alleged hate speech of BJP leaders, and turned a blind eye towards the role of its own personnel during the violence, the probe appeared to be pursuing a line of inquiry "criminalising the protests against the Citizenship Amendment Act (CAA)" and portraying them as a conspiracy which resulted in the riots in Delhi.

"The entire investigation appears to be aimed at arriving at a pre-meditated theory about a conspiracy propounded by the Home Minister in Lok Sabha in March 2020, before any investigation had even begun into the riots," it said.

The memorandum also said that the ongoing investigation by the Delhi police did not inspire confidence as there were serious questions about the "impartiality" of the probe.

"A credible and unbiased probe is crucial to restore public trust in the law and order machinery of the state.

The investigation cannot be allowed to become a fishing and roving expedition aimed at causing a chilling effect on dissent and protest in the country.

"We, therefore, urge you to call upon Government of India to institute an inquiry into this investigation under the Commission of Inquiry Act, 1952, headed by sitting/retired judge(s)," the memorandum said.

Will Indians be allowed for Umrah? Saudi MoH to decide