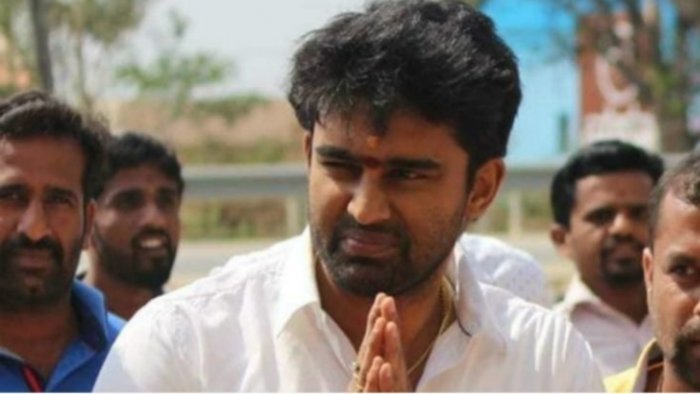 Hassan, Nov 23: One more member of former Prime Minister HD Deve Gowda's family is entering electoral politics, with his grandson Suraj Revanna finding a place in the JD(S) list of candidates announced on Wednesday for the December 10 Legislative Council polls.

Suraj, a doctor, son of Gowda's elder son HD Revanna, is the JD(S) candidate from Hassan local authorities’ seat, which is the family bastion. This marks the entry of the eighth member from Gowda's family into politics.

Kumaraswamy's wife Anitha is the MLA from Ramanagara segment, and his son Nikhil, who is the JD(S) youth wing president, had unsuccessfully contested the 2019 Lok Sabha polls from Mandya. If Suraj wins this poll from Hassan, the Gowda family will have its members in all four major houses of public representatives — Lok Sabha, Rajya Sabha, Legislative Assembly and Legislative Council.

The biennial election to the Karnataka Legislative Council from 20 local authorities' constituencies for 25 seats, due to the retirement of sitting members, will be held on December 10. However, JD(S) has fielded only seven candidates for the polls.

Speaking to reporters after the list of candidates was released, Kumaraswamy said that the party has fielded candidates only in select seats, as it cannot concentrate on all the seats in a short period of time. "Based on the suggestions from our local leaders and workers, we have decided to field candidates for seven MLC seats. We wanted to contest only in these seats, give a fight and see to it that we win them. Last time, we won in four seats and this time, our aim is to increase that tally," he said.

Bengaluru, May 17: Karnataka Governor Thaawarchand Gehlot today gave his assent to the anti-conversion ordinance. The notification has been issued promulgating the ordinance which means the law will now be in effect in the state "at once".

Karnataka is the 9th state to enact the anti-conversion law.

The controversial law prohibits “conversion from one religion to another religion by misrepresentation, force, fraud, undue influence, coercion, allurement or marriage”.

The law proposes imprisonment of 3-5 years with a fine of Rs 25,000 for ‘forced’ conversion.

People wanting to convert are required to declare at least 60 days in advance to the deputy commissioner and within 30 days after the conversion.

Indian Rupee slumps 52 paise to all-time low of 77.42 against US dollar

New Delhi, May 9: The rupee extended its losses and touched an all-time low of 77.42 against the US dollar in early trade on Monday weighed down by the strength of the American currency in the overseas market and unabated foreign fund outflows.

At the interbank foreign exchange, the rupee opened at 77.17 against the American dollar, then lost ground to quote at 77.42, registering a fall of 52 paise from the last close.

On Friday, the rupee had slumped 55 paise to close at 76.90 against the US dollar.

The Indian rupee opened weaker on Monday against the dollar as weakness in global equities on concerns over economic outlook and rising bond yields weighed on sentiments, said Sriram Iyer, Senior Research Analyst at Reliance Securities.

The dollar index, which gauges the greenback's strength against a basket of six currencies, was trading 0.35 per cent higher at 104.02, tracking rising US yields and fears about higher interest rates.

Moreover, Asian and emerging market peers started weak this Monday morning and will weigh on sentiments.

Foreign institutional investors were net sellers in the capital market on Friday, as they offloaded shares worth Rs 5,517.08 crore, as per stock exchange data.