Bengaluru, Jan 24: Karnataka chief minister B S Yediyurappa on Sunday said the officials allegedly involved in leaking the first division assistant (FDA) examination question papers may be dismissed from service, even as eight more people were arrested in connection with the leakage, taking the total number of arrests to 14.

The exam conducted by the Karnataka Public Service Commission (KPSC) was to take place today but ahead of it the city police arrested six people with Rs 24 lakh in cash and the question papers.

The police said the leaked question papers were allegedly sold to job aspirants.

Based on the expose, the KPSC postponed the FDA examination.

"We will initiate stringent action against all those involved in the case. I am not only ready to suspend them but also dismiss them from the service," the Chief Minister told reporters.

Stating that the officers concerned have been suspended, he said he would get the matter investigated.

"It is an unpardonable act to leak the question papers even before the exams are held," Yediyurappa said.

Meanwhile, the Bengaluru Joint Commissioner of Police (Crime) Sandeep Patil, in a statement, said based on the inputs given by the kingpins of the racket - Rachappa and Chandru - 12 people have been arrested taking the total arrested to 14. 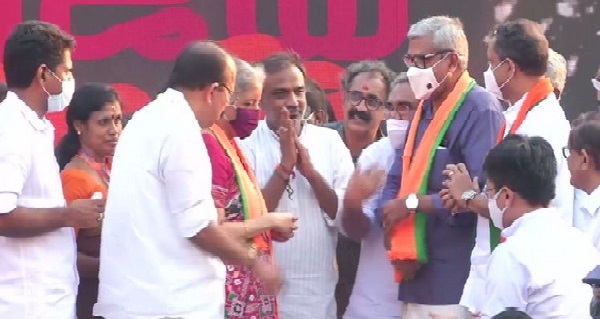 During the BJP state president K Surendran's 'Vijaya Yathra' at Thripunithura in Kochi, Sitharaman welcomed Ravindran into the party.

Earlier in the day, Sitharaman had lashed out at the Pinarayi Vijayan-led government in Kerala over the state budget and accused it of giving all the budget money to the Kerala infrastructure investment fund board (KIIFB).

The election for 140-member Kerala Assembly is scheduled to be held in a single phase on April 6.

A total of 2,67,88,268 electors will elect the candidates in Kerala for the 15th Legislative Assembly. 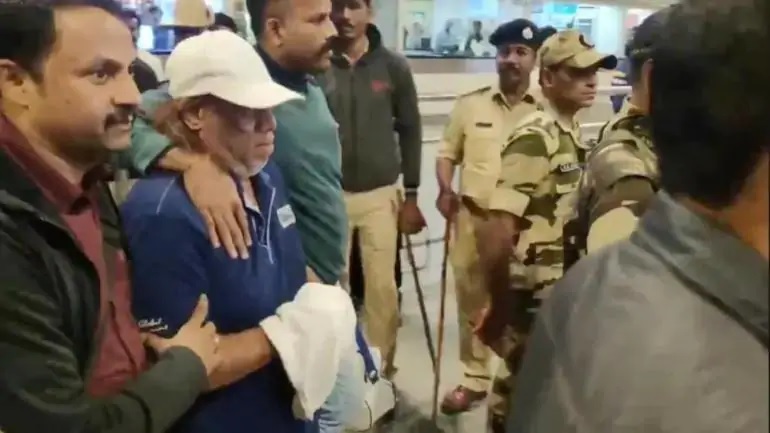 Mangaluru, Feb 27: The Vishwa Konkani Awards 2020 presentation ceremony was held at the World Konkani Centre at Shaktinagar on Saturday.

Five achievers received the awards for their work in literature.

Meera Shenoy was presented the Basti Vaman Shenoy Vishwa Konkani Seva Puraskar for her outstanding service towards the welfare and empowerment of the specially abled. This Award was also conferred on Dr Y Umanath Shenoy for his service to Indian epigraphy.