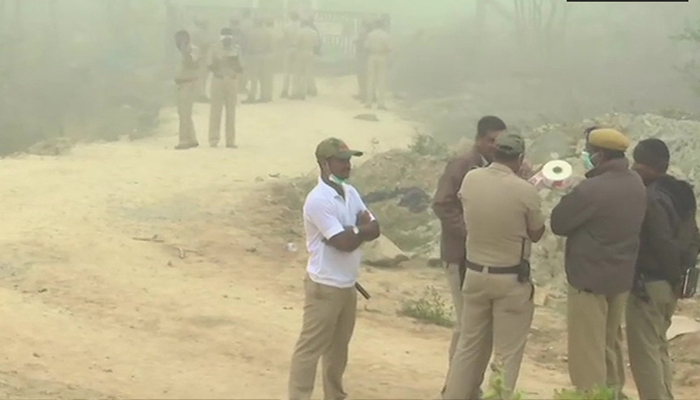 Shivamogga, Jan 22: Two people have been detained and a high-level investigation ordered into the explosion in Shivamogga district which left at least six dead, police said on Friday.

The detained included a contractor of a stone crushing facility where the blast occurred when a truckload of gelatin sticks went off, police added.

Karnataka Chief Minister B S Yediyurappa expressed grief over the loss of lives in the blast at the stone crusher facility at Hunasodu in Shivamogga, his home district.

A high-level investigation into the accident has been ordered and stringent action would be taken against the guilty, he said. He said he had been in contact with senior officials since last night and dispatched teams to carry out rescue operations.

"My deepest condolences to the bereaved family members. I wish a speedy recovery to the injured," the Chief Minister tweeted.

Meanwhile, the authorities have not ruled out the possibility of the death toll increasing.

"There are rumours that at least 10 to 15 people have died. Let the police complete their investigation," Shivamogga Deputy Commissioner K B Shivakumar said I on Friday.

The sound of the blast, which was initially thought to be an earthquake, was heard in neighbouring Davangere, Chikkamagaluru and Uttara Kannada districts.

In Shivamogga, the effect was severe as some houses developed cracks, roof tiles and window panes shattered into pieces.

The vehicle was badly mangled and the bodies of the victims were dismembered beyond recognition.

The toll has reportedly gone up to eight, according to multiple media reports.

The loud blast that occurred around 10.30 pm, resulted in the mild tremors in parts of Shivamogga, Chikkamagaluru, Uttara Kannada and Davanagere while causing considerable damage to buildings and civic infrastructure in Shivamogga city.

Sources in the Shivamogga district administration confirmed to DH about a high-intensity blast from dynamite sticks being brought in a truck to a quarrying site on the city's outskirts.

Sources at Hunasodu village where the powerful blast occurred said more than 50 dynamite and gelatin sticks were being carried in a truck.

Prime Minister Narendra Modi on Friday expressed pain at the loss of lives in an explosion in Karnataka's Shivamogga district and said the state government is providing all possible assistance to the affected.

In a message tweeted by the Prime Minister's Office, Modi said, "Pained by the loss of lives in Shivamogga. Condolences to the bereaved families. Praying that the injured recover soon. The State Government is providing all possible assistance to the affected." 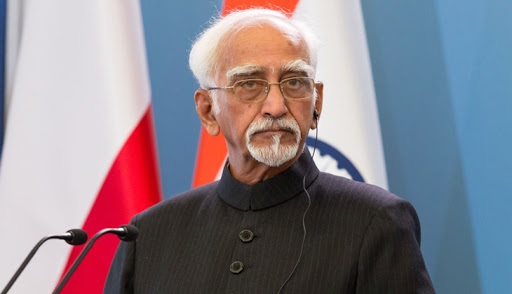 India began as a plural democracy; respect for diversity was the core value. The provisions of safeguards for minorities were in built. These safeguards were formulated by the Constituent Assembly’s committee on Minorities headed by Sardar Patel. Seven decades down the lines where do we stand in matters of security and economic welfare of the religious minorities. Most of the inquiry commission reports related to communal violence, the scholarly works on communal violence by the likes of Paul Brass, Asghar Ali Engineer and recently from Yale University give a very painful picture of the communal violence, showing that the Muslims minorities in particular and lately Christian Minorities have suffered adversely. Sachar Committee Report (2006) showed the economic marginalization of Muslim minorities.

The events of last few decades and more so of last six years show the rising intimidation, marginalization and increasing fear among this community. The lynchings in the name of cow-beef and the harassment around love jihad have brought to fore the type of problems our country is facing on the scale of democratic freedoms. This was most clearly demonstrated when the large section of media with full support of the ruling dispensation coined the terms  like ‘Corona bomb’ and ‘Corona Jihad’ in the wake  of rise of Covid. To add salt to the wound, the present Government initiated NRC in Assam on the grounds that over 50 Lakh Bangladeshi’s have infiltrated into India particularly in Assam. When the final count came only 19 odd lakh people were found without proper citizenship papers out of which 12.5 Lakhs were Hindus!

Undeterred by this the ruling Government brought in Citizenship Amendment Act (CAA) in which the persecuted communities in neighboring countries are entitled for citizenship barring the Muslims. The trap was clear that those people who were without papers and were Hindus will get the citizenship through the back door while millions of Muslims without proper papers will be disenfranchised from citizenship to be shunted to detention centers.

It was in this background that our ex-Vice President Hamdi Ansari wrote his memoirs “By a Many Happy Accident: Recollections of a Life”. In discussions and interviews by different channels around the release of the book he voiced some of the concerns. He tried to emphasize that our citizenship is not based on religion. As most of the comments on his book and also on his life revolved around his being a Muslim, he underlined the fact that in his diplomatic and political life Muslim ness did not matter, what mattered was professional competence. As such this sums up his career which spanned over four decades and served the country in a very honorable way.

That apart the communal elements constantly targeted him for his being Muslim. In one of the republic day parade (2015), when army saluted as Jan Gan Man, national anthem was sung. A picture was circulated to create misconception that Ansari did not salute when the anthem was being sung. In this picture President is seen saluting along with him Prime Minster Narendra Modi and defense Minster are also saluting. Ansari stands still and picture highlights his not saluting. The criticism of his not saluting tricolor was propagated. At such an occasion only President, who is Commander-in-Chief of army salutes. No one is supposed to salute at that time. What Ansari did was as per the protocol, while those who saluted with President did not follow the guidelines laid down!

When Ansari retired in his farewell speech the Prime Minster took a dig. “. “A big part of your working life was in West Asia... in the same atmosphere and debate... after retirement, it was minority’s commission or AMU... that was your circumference,”

In the response to release of his book the communal forces again are uttering that India gave you so many top positions and your are disgruntled! You can very well leave the country and stay in the one where you feel at home. These types of comments show the mindset of the sectarian nationalists who see the citizens only in their religion’s identity. Ansari is not talking of his personal unhappiness. Being a thorough democrat and Indian nationalist, he is trying to draw our attention to declining ethos of our country. Since the identity issues, the emotive issues like Ram Temple, Cow-beef, Ghar Wapasi and Love jihad have taken the front stage our democratic foundations are being eroded to no end.

Similarly he points that with current Government the word secularism has gone into eclipse, it has disappeared from Governments dictionary. One can argue that even earlier the practice of secularism was on a weak wicket, e.g. the responses to Shah Bano Judgment did go contra to the values of secularism. Numerous reasons can be attributed to the weakness in practice of secularism. Still at most levels it had honorable place. What was missing was the astute sense of implementing it in the complex scenario where intense propaganda against protective clauses for minorities was projected as ‘minority appeasement’. Now there is not even an iota of consideration that as a secular state Prime Minster should not inaugurate a religious place of worship or issues like violence in the name Cow-Beef should not enjoy impunity. There is not even smallest consideration that in CAA how we can bar granting of citizenship to people of particular religion.

Ansari points out, “Overall, the very fact that Indian-ness of any citizen being questioned is a disturbing thought,’ and “enhanced apprehensions of insecurity amongst segments of our citizen body, particularly Dalits, Muslims and Christians” and the “illiberal form of nationalism that promotes intolerance”.

The critics of pluralism and diversity assert that what is prevailing is the genuine secularism as it has balanced the earlier tilt towards minorities. They also try to equate few other killings as lynching’s, to show that there no insecurity for dalits and minorities as such. Ansari’s observations need to be taken seriously and course correction of our democracy needs to be undertaken. He said that action will be taken within 24 hours of the submission of an inquiry report.

Six people were killed when the gelatin sticks they were trying to dispose of exploded accidentally at a stone quarry site in a village in Chikkaballapur early on Tuesday, police said. The incident comes close on the heels of a similar blast at a quarry site in Yediyurappa's hometown of Shivamogga on January 22, which left six dead.

Earlier, Chief Minister B S Yediyurappa ordered a probe into the incident. "Directions have been issued to conduct a thorough inquiry and act against those involved," he said.