Bengaluru, Oct 27: The number of Delta AY.4.2 variant of coronavirus, which is spreading rapidly in some foreign countries, has increased to seven in Karnataka with three more people found to be infected with it in the Bengaluru.

Speaking to reporters here, State Health and Family Welfare Commissioner D Randeep said, "There are seven cases (of AY.4.2) in the state -- three in Bengaluru and four in different parts of the state."

Maintaining that the Covid-19 cases are under control in the state, Randeep said the government is making a negative RT-PCR test report, obtained 72 hours before arrival, mandatory for those coming from abroad to the state.

"The test report has to be uploaded on a portal called Air Suvidha. Other than that, there is no restrictions like quarantining people," Randeep clarified.

He further said the Centre and the state will initiate certains measures to check the super-spreader variant of Covid-19, which has spread in some foreign countries. There are no reports of deaths due to the new variant but one or two people have been hospitalised, he added.

Mangaluru, Nov 20: South Canara District Central Cooperative (SCDCC) Bank Chairman M. N. Rajendra Kumar has announced that he has decided to back out from contesting as independent candidate from the local authorities’ constituency of Dakshina Kannada and Udupi Karnataka Legislative Council elections.

The announcement comes a day after Cooperation Minister S. T. Somashekar said that the government can dismiss him for alleged misuse of funds.

While addressing the Jan Swaraj Yatra organised by the BJP in Mangaluru and Udupi, Mr. Somashekar said that ₹19 lakh was being transferred every month from the SCDCC Bank to Navodaya Grama Vikasa Charitable Trust of which Mr. Kumar is the managing trustee.

Earlier, Mr. Kumar had announced that he would contest as an independent candidate from the local authorities’ constituency of Dakshina Kannada and Udupi. He had opened a campaign office in Mangaluru on November 16 and met Karnataka Pradesh Congres Committee president D. K. Shivakumar in Bengaluru on November 17.

On November 20, he told media persons that he will not contest as he does not want to politicise the cooperative sector. 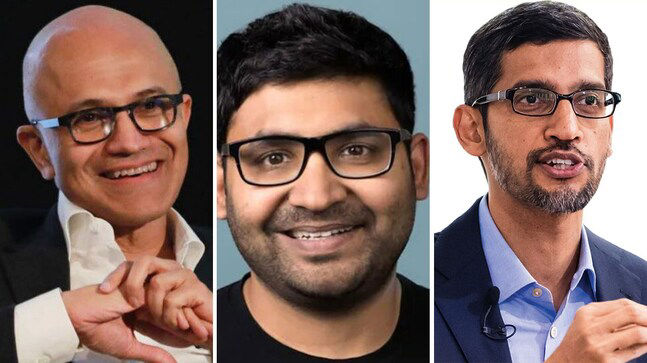 With his elevation as the CEO of Twitter, Parag Agrawal, in whom co-founder of the microblogging giant Jack Dorsey has “bone-deep” trust, joins the growing power club of Indian-origin executives helming US-based global multinationals.

Twitter’s outgoing CEO Dorsey announced on Monday that 37-year old Agrawal, an IIT Mumbai and Stanford University alumnus, will be the company’s new chief executive as he stepped down after 16 years at the company that he co-founded and helmed.

A report in The New York Times said that Agrawal will receive an annual salary of $1 million, in addition to bonuses, restricted stock units and performance-based stock units.

“After almost 16 years of having a role at our company...from co-founder to CEO to Chair to Exec Chair to interim-CEO to CEO...I decided it's finally time for me to leave. Why?

“There's a lot of talk about the importance of a company being 'founder-led.' Ultimately I believe that's severely limiting and a single point of failure. I've worked hard to ensure this company can break away from its founding and founders. There are 3 reasons I believe now is the right time.

“The first is Parag becoming our CEO. The board ran a rigorous process considering all options and unanimously appointed Parag. He's been my choice for some time given how deeply he understands the company and its needs.

Parag has been behind every critical decision that helped turn this company around. He's curious, probing, rational, creative, demanding, self-aware, and humble. He leads with heart and soul and is someone I learn from daily. My trust in him as our CEO is bone-deep,” Dorsey said.

Agrawal’s ascension as Twitter CEO puts him in the growing ranks of Indian-origin and Indian-born executives being named to the helm of global multinationals.

In January last year, Indian-born technology executive Arvind Krishna was named Chief Executive Officer of American IT giant IBM after a "world-class succession process", succeeding Virginia Rometty, who had described him as the “right CEO for the next era at IBM” and “well-positioned" to lead the company into the cloud and cognitive era.

Krishna, 59, had joined IBM in 1990 and has an undergraduate degree from the Indian Institute of Technology, Kanpur, and a PhD. in electrical engineering from the University of Illinois at Urbana-Champaign.

In August 2015, Sundar Pichai was named CEO of the newly organised Google, becoming only the third chief executive of the company after former CEO Eric Schmidt and co-founder Larry Page. In December 2019, Pichai became the CEO of Google’s parent company Alphabet.

Pichai wished Dorsey “the very best ahead” and congratulated Agrawal and Board Chair Bret Taylor, saying he is “excited for Twitter's future!”

In February 2014, Microsoft veteran Satya Nadella was named CEO of the technology giant. MasterCard CEO Ajay Banga, PepsiCo’s former CEO Indra Nooyi and Adobe CEO Shantanu Narayen are among the other Indian-origin executives who have climbed up the corporate ladder and helmed multinational giants.

In a note posted on Twitter, he said he is “honoured and humbled” on his appointment and expressed gratitude to Dorsey’s “continued mentorship and your friendship.”

Agrawal had joined Twitter 10 years ago when there were fewer than 1,000 employees.

"While it was a decade ago, those days feel like yesterday to me. I've walked in your shoes, I've seen the ups and downs, the challenges and obstacles, the wins and the mistakes. But then and now, above all else, I see Twitter's incredible impact, our continued progress, and the exciting opportunities ahead of us,” he said.

“Our purpose has never been more important. Our people and our culture are unlike anything in the world. There is no limit to what we can do together,” he said.

“The world is watching us right now, even more than they have before. Lots of people are going to have lots of different views and opinions about today's news. It is because they care about Twitter and our future, and it's a signal that the work we do here matters,” he said.

A report in The New York Times said Agrawal, who was Twitter’s chief technology officer since 2017, “is little known to the public, with even some Twitter insiders saying they were surprised by his appointment."

But behind the scenes, the India-born engineer has been a Twitter veteran and confidant of Dorsey who has been involved in many of the company’s biggest strategic initiatives, it said.

The NYT report said that in 2005, Agrawal moved to the United States and pursued a doctorate in computer science while enrolled at Stanford University.

“Even among students at Stanford, Agrawal stood out for his strong grasp of the math and the theory that underpins computer science,” the NYT report quoted Jennifer Widom, who led the research lab and served as his thesis adviser, as saying.

As CTO, Agrawal was responsible for Twitter’s technical strategy, leading work to improve development velocity while advancing the state of Machine Learning across the company.

“Even as chief technology officer, Agrawal has kept a low profile. He worked behind the scenes to rebuild Twitter’s technical infrastructure, which had been cobbled together over the years. That led to engineering problems and prevented the company from introducing new products and services as quickly as it wanted. Agrawal helped Twitter shift to using cloud computing services from Google and Amazon, streamlining its operations,” the NYT report said.

Prior to being appointed CTO, he “had risen to be Twitter's first Distinguished Engineer due to his work across revenue and consumer engineering, including his impact on the re-acceleration of audience growth in 2016 and 2017,” company said.

Agrawal also managed Twitter’s effort to “incorporate cryptocurrencies into the platform, letting users send tips in cryptocurrency like Bitcoin. And he has supported efforts to be transparent about Twitter’s algorithmic mistakes, urging the company to go public with its findings that a photo-cropping algorithm it used was biased,” the NYT report said.