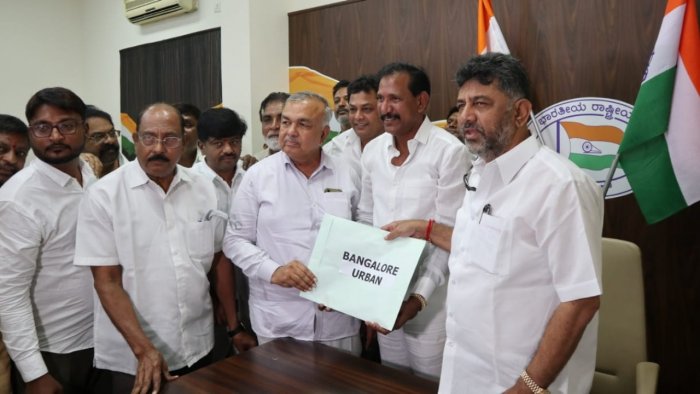 ‘We will go by court order’: Home Minster on fringe group’s demand to worship hanuman inside Karnataka mosque

Bengaluru, May 17: Karnataka Home Minister Araga Jnanendra on Tuesday warned a fringe group not to challenge law and order following their claim that the Masjid-e-A’la at Srirangapatna in Mandya district was a Hanuman temple and they should be allowed to worship there.

A fringe group called ‘Narendra Modi Vichar Manch’ (NMVM) recently approached the Mandya deputy commissioner on May 13 claiming that the Masjid-e-Ala was ‘Moodala Bagilu Anjaneya Swami temple’, which the 18th century Mysuru ruler Tipu Sultan had destroyed and built a mosque over it.

The group led by C T Manjunath, secretary, demanded that Hindus should be allowed to perform prayers to Hanuman inside the mosque.

Reacting to the incident, Jnanendra said he was aware of the development. And called upon people not to challenge law and order to resolve the dispute on their own.

“If anyone challenges law and order then they will be dealt with accordingly. Hence, everyone should live harmoniously. We will go by the court order,” he added.

In his petition to the deputy commissioner of Mandya, Manjunath said many historians have documented the existence of Moodala Bagilu Anjaneya Swami Temple, which Tipu Sultan had allegedly destroyed during his regime and converted into a mosque.

“The Mysuru Gazzettier by Luis Rice, the proceedings of the royal court, the life of Maharaja, Tareekh-e-Tipu and Hyder-e-Nishani and the letter written by Tipu to the Khalifa of Persia to prove our point.”

“Hence, we request you to please review the documents of the archeology department and make provisions for Hindus to legally offer their prayers to Moodalabagilu Anjaneya Swami Temple (the existing mosque),” Manjunath wrote in his petition to the deputy commissioner.

Later, in a video message sent to the media houses, a member of the NMVM demanded that a survey on the lines of Gyanvapi Masjid should be conducted at Masjid-e-Ala to find out the truth.

Mangaluru, May 19: As many as 22 students from twin districts of Dakshina Kannada and Udupi have received perfect scores on the Karnataka SSLC Examination Result 2022.

While 17 students from Dakshina Kannada scored 625 out of 625 marks while 5 from Udupi have scored full marks.