Heggade had written to the Union minister, seeking immediate action to restore the NH-75 stretch from Mangaluru to Bengaluru. The minister has agreed to take an appropriate decision in this regard soon, a release from Veerendra Heggade stated. 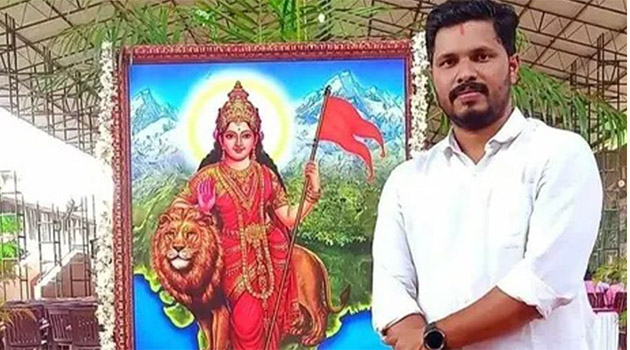 The National Investigation Agency (NIA) has filed a charge sheet against 20 members of the now-banned Popular Front of India (PFI) in connection with the murder of BJP Youth leader Praveen Nettaru in Karnataka’s Dakshina Kannada district last year.

The charge sheet has been filed before a Special NIA court in Bengaluru.

Nettaru was murdered by PFI members on July 26, 2022 in Bellare village of Sullia Taluk in Dakshina Kannada district, with the intention to strike terror in society and create fear among the people.

Bellare Police lodged a case and was looking into the matter which was later handed over the NIA by the Ministry of Home Affairs.

"Investigations revealed that the PFI, as part of its agenda to create terror, communal hatred and unrest in society and to further its agenda of establishing Islamic Rule by 2047, formed secret teams called Service Teams or Killer Squads to carry out killings of its 'perceived enemies' and targets.

"These Service Team members were given Arms as well Attack training and training in surveillance techniques in order to identify, list out and to mount surveillance on leaders belonging to certain communities and groups. These Service Team members were further trained to kill identified targets, on the instructions of senior PFI leaders," the NIA has said.

As per the charge sheet, a meeting of PFI members and leaders were held at Bengaluru city, Sullia Town and Bellare village, the head of District Service Team Mustafa Paichar was instructed to do a recce, identify and target a prominent member of a particular community.

Following the instructions, four persons were recced and identified and among them was Praveen Nettaru. They killed him in full public view with lethal weapons to create terror among the people at large and especially among members of a particular community.

Further investigations in the matter is on.