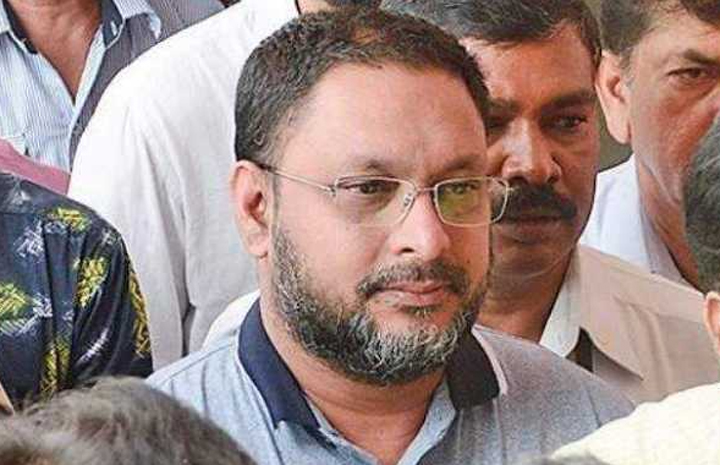 Bengaluru, Oct 29: The high court granted conditional bail to Mohammed Mansoor Khan, main accused in the multi-crore IMA ponzi scam of which money laundering is being investigated by the Enforcement Directorate.

He, however, will remain in jail as he is yet to get bail in the main case which is under CBI probe. Mansoor has been in judicial custody since August 1, 2019.

Mansoor had approached the HC after the trial court rejected his bail petition in the ED case a couple of months ago. He said he had come to India voluntarily, surrendered to police and cooperated with the investigation which is now complete. He claimed he has surrendered his passport as well.

Considering these facts, Justice Srinivas Harish Kumar allowed his bail petition on October 19. The judge directed Mansoor to furnish a bail bond for Rs 5 lakh and two sureties for like sum.

Mansoor has to regularly appear before the trial court till conclusion of trial and mark his attendance every fortnight at the office of Directorate of Enforcement, Bengaluru. The court stipulated that Mansoor should not alienate any of his properties till conclusion of trial and if the need arises, he should disclose the purpose to the trial court which in turn will impose conditions for it.

He claimed that if released on bail, he could get better treatment in a hospital of his choice. 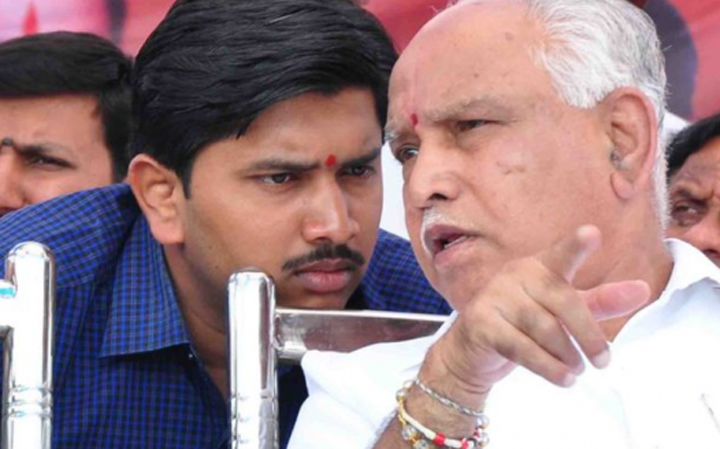 Bengaluru, Nov 28: The Sadashivanagar police have registered a criminal case against the Karnataka Chief Minister B S Yediyurappa's political secretary N R Santosh for allegedly attempting to kill himself in his Dollars Colony residence by consuming sleeping pills on Friday night.

According to a senior officer, the case has been registered under IPC section 309. "We are going to question Santosh after he recovers and further necessary action will be taken," the officer added.

Santosh is suspected to have consumed more than 10 sleeping pills around 7.15 pm. He was rushed to MS Ramaiah hospital where he is undergoing treatment in the ICU.

The police are tight-lipped about the reason behind the extreme step of Santosh. There are rumours that Santosh was under depression over political and also personal issues. His wife Jahnavi, while speaking to media persons, said Santosh was disturbed over political issues. He returned home around 7 pm and went to his room. He looked like he was worried about something.

"After sometime when I went to ask him what he would like to have for dinner, I noticed he was feeling drowsy, the pills strip was lying next to him. Sensing something wrong we rushed him to the hospital," she said. New Delhi, Nov 26: The Centre on Thursday extended the suspension of scheduled commercial international flight operations to and from India till December 31.

"This restriction shall not apply to the international all-cargo operations and flights specifically approved by the DGCA (Directorate General of Civil Aviation)," an official statement said on Thursday.

"However, international scheduled flights may be allowed on selected routes by the competent authority on a case to case basis," it added.

At present, India has entered into 'Air Bubble' agreements with several countries.

This type of arrangement allows nationals of both the countries to travel in either direction.

Passenger air services were suspended on March 25 due to the nationwide lockdown to check the spread of Covid-19.

Domestic flight services, however, resumed from May 25.

Bengaluru, Nov 24: A state-level steering committee headed by the Karnataka Chief Minister B S Yediyurappa will be formed to monitor Covid-19 vaccination in the State, Minister for Home Basavaraj Bommai announced here on Tuesday.

According to Bommai, the government is planning to emulate arrangements made during elections to administer the vaccine to the general population.

The Prime Minister has directed that arrangements for vaccination centres will be similar to preparations at the booth-level for elections. These centres should be formed and workers should be trained for the exercise," Bommai said.

A digital platform will be developed to collate inoculation data, as people who are vaccinated might require two or three doses to achieve resistance to the Covid-19 virus, the minister said.

The vaccine will be distributed on priority to 30 crore people in the country, which will include one crore health workers, two crore corona warriors, 26 crore citizens aged above 50 and the remaining for those with comorbidities, Bommai pointed out.

As many as 50 vaccines are undergoing clinical research throughout the world. Of them, some 25 vaccines are in an advanced trial stage and five are undergoing trials in India. Companies such as Bharat Biotech, Dr Reddy's Lab, PharmaGenica are ready to manufacture different vaccine candidates when they are cleared by regulatory bodies, Bommai said.

Since the exact date for vaccination is still unclear, people should be wary of the disease as the battle against Covid-19 will continue, he added.

According to a statement from Health Minister K Sudhakar, the government has identified 29,451 vaccination sites and 10,008 vaccinators as per the Universal Immunization Programme norms.