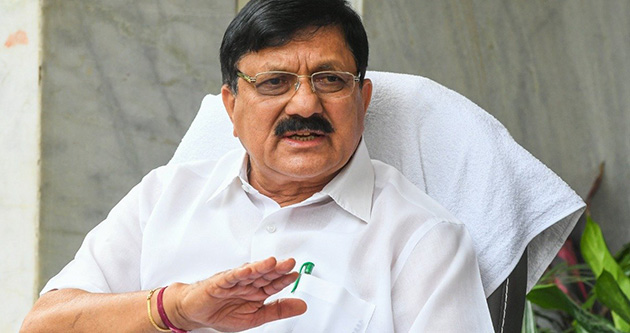 Why are you mute spectator to hate speech on TV channels: Supreme Court asks Modi govt

New Delhi, Sept 21: The Supreme Court on Wednesday asked the Prime Minister Narendra Modi-led Union government as to why it was standing as a "mute spectator" to hate speeches while also expressing displeasure over mainstream television channels for running such shows and programmes.

The court asked where the country is heading to, as it put a poser to the Union government as to why it was treating the issue as trivial one.

"Hate speech poisons the very fabric of our country, it can't be permitted. Political parties will come and go but the nation and institution of free press will endure. We should have true freedom, and the government should come forward to take a stand," a bench of Justices K M Joseph and Hrishikesh Roy said.

Without naming TV channels, the court said freedom of press is important, "but we should know where to draw the line". Nowadays, anchors don't allow their guests to speak, run them down, mute them and become discourteous too, the bench said.

"All this is going in the name of freedom of speech. It is sad if nobody making them accountable," the bench said, adding the free speech also included the right of the viewers.

"Until institutional mechanism is put in place, people will continue like this. We should have a proper legal framework," the bench added.

The bench specifically asked the Centre if it is contemplating any legislation to control hate speech in terms of the Law Commission of India's 267 th report which suggested amendment to the IPC and Criminal Procedure Code.

The court was hearing a batch of PILs including by BJP leader and advocate Ashwini Kumar Upadhyay for framing a law to control hate speech and rumour mongering.

Deliberating upon the role of media including the Television Channels, the court referred to previous SC judgements in Vishakha and Tehseen Poonawalla cases to saying some guidelines could be framed after considering the Centre's response.

Citing the role of media, the court said, it is not to take orders from anyone if it is truly independent.

"You (media) should foster constitutional values, everybody is part of this republic. Everybody belongs to this one nation," the court said, adding hate speech can take place in various forms like running a slow campaign against a community.

The bench said the Union government should not take up the matter as adversarial and take it up as an opportunity to bring out some legislation.

After hearing Additional Solicitor General K M Nataraj and advocate Sanjay Tyagi for the Union government and senior advocate Sanjay Hegde, and others, the court asked the Centre to file a response within two week.

The court asked Hegde to assist it by collating points from writ petitions filed in the matter.

The Centre, on its part, said following the top court's order of July 21, it had received response from only 14 states on the issue.

The court posted the matter for further hearing on November 23. 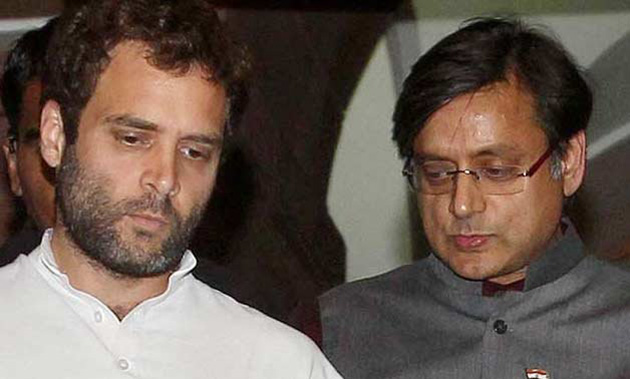 New Delhi, Sept 20: After over two decades, the Congress is likely to see a contest for the post of party chief with Shashi Tharoor looking set to enter the fray after his meeting with Sonia Gandhi and Ashok Gehlot being seen as the other contender.

It would, however, be interesting to see if a surprise candidate or candidates also throw their hat in the ring.

The upcoming polls would certainly be historic as the new president would replace Sonia Gandhi, the longest-serving party president who has been at the helm since 1998, barring the two years between 2017 and 2019 when Rahul Gandhi took over.

The party last saw a contest for the post in November 2000. Jitendra Prasada had lost to Sonia Gandhi in 2000 and prior to that Sitaram Kesri had defeated Sharad Pawar and Rajesh Pilot in 1997.

With Rahul Gandhi likely to stick to his earlier stance of not taking on the mantle of party president, it seems the party will have its first non-Gandhi president in over two decades.

Also, with Sonia Gandhi asserting that she would remain neutral in the polls and there would be no "official candidate" it could be a keener contest than the one in 2000.

Tharoor on Monday met Sonia Gandhi and expressed his intention to contest the upcoming AICC chief polls, while the Congress president conveyed that she would stay "neutral" in the elections, according to sources.

Gandhi welcomed the idea of more people contesting the polls and dispelled the notion that there would be an "official candidate", they said.

The feedback by Gandhi on Tharoor's desire to contest is being seen by many as an encouragement to him to contest and he could announce his candidature in the next few days.

With regard to Tharoor's meeting with Gandhi and the speculation over it, the Congress said no one needs a nod to contest the presidential election as it is an open, democratic and transparent process.

In a tweet on Tuesday, Congress general secretary Jairam Ramesh said, "Entire party is immersed in making Bharat Jodo Yatra a success. Even so it is important to reiterate that any member is welcome to contest for Congress president".

"This is a democratic and transparent process. Nobody needs anybody's nod to contest, especially that of party leadership," he said.

Rajasthan Chief Minister Gehlot is being considered as a candidate for the top post favoured by the present dispensation, according to some sources.

Gehlot, however, denies that he is a candidate and has been saying that he will try and convince Rahul Gandhi to contest.

Adding to the buzz over the possibility of his contesting Congress president polls, Tharoor had met Gandhi at her 10 Janpath residence here on Monday. He, however, refused to divulge any details about the meeting.

Tharoor, who was among the group of 23 leaders who had written to Gandhi in 2020 demanding organisational overhaul, also endorsed a petition on Monday by a group of young party members seeking "constructive reforms".

The petition shared by Tharoor on Twitter sought reforms and a pledge by AICC president candidates to implement the Udaipur Declaration in entirety, if elected. The former Union minister said it had been signed by over 650 people so far.

"I welcome this petition that is being circulated by a group of young @INCIndia members, seeking constructive reforms in the Party. It has gathered over 650 signatures so far. I am happy to endorse it & to go beyond it," Tharoor tweeted with screenshots of the petition.

The petition that Tharoor endorsed said, "We are members of the Congress party with a desire to strengthen the party to reflect the hopes and aspirations of our nation."

The petition stated some of the tenets of the Udaipur Declaration that was made on May 15, 2022, after the party's brainstorming session.

"We appeal to each candidate in the election for the President of the All India Congress Committee to undertake a public pledge to involve party members from block committees up to the CWC and implement the Udaipur Declaration in entirety within the first 100 days of assuming office," the petition said.

In its declaration, the Congress had announced wide-ranging organisational reforms to make the party battle ready for the next round of assembly and Lok Sabha polls, stressing on wider representation to those under 50 years of age and enforcing 'one person, one post' and 'one family, one ticket' rules with riders.

Asked about the possibility of him running for the post of the Congress president, Tharoor had told PTI earlier this month, "I have only welcomed the fact that an election will be held. I believe that is very good for the party."

"Of course it is gratifying that this general statement of democratic principle has immediately led to large numbers of people around the country welcoming the prospect of my contesting. But as I have made it clear, I have not declared my candidacy," Tharoor had said.

"I hope many will contest in order to give the membership a wide choice. So far I have neither ruled myself in nor ruled myself out," the former Union minister had asserted. 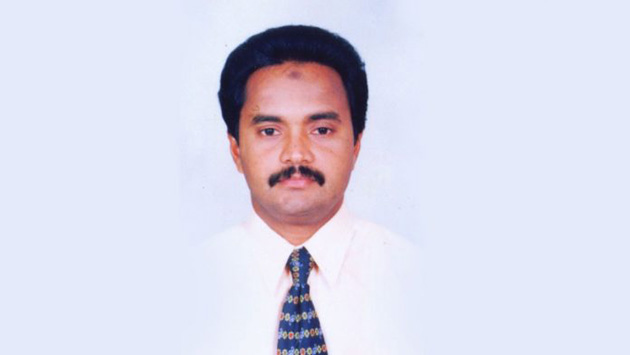 Mangaluru, Sept 23: Three days after engineering graduate Maaz Muneer Ahmed was arrested by the Shivamogga Police on suspicion of his involvement in terror activities, his father Muneer Ahmed died of cardiac arrest at a hospital in Mangaluru today.

Maaz Muneer was arrested by Shivamogga Police on September 19 on charges of having links with the banned terrorist organisation – ISIS. It is said his father was hurt and disturbed over the arrest of his son.

Muneer Ahmed is a native of Thirthahalli. The family had moved to Mangaluru five years ago. Maaz did study M. Tech in Mangaluru and he had been working as a delivery boy for a food delivery company.

Shivamogga Police presented Maaz Muneer before a judge in Shivamogga on Friday and got permission for his travel to attend his father’s final rites.