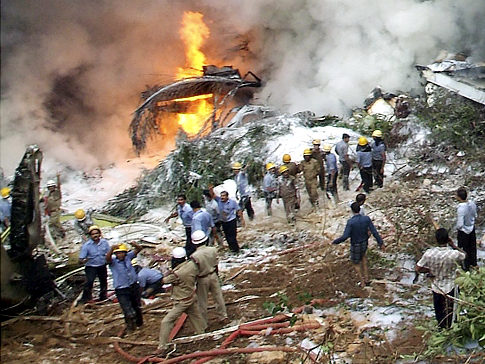 Mumbai, July 23: Government has decided not to challenge the Kerala High Court order asking Air India to give proper compensation to the next of kin of the victims of Mangalore air crash which claimed 158 lives.

"We welcome the Kerala High Court order to grant compensation of Rs 75 lakh each to the families of the Air India Express' Mangalore crash victims. We have also directed Air India to ensure that the insurance companies settle the payments expeditiously," Civil Aviation Minister Vayalar Ravi told PTI.

Ravi responded to a question on the issue via e-mail as he was unable to take phone calls because of illness, his office said.

A senior Air India Express official, who wished not to be named, also justified the Civil Aviation Ministry decision saying "it is not fair on part of the government to challenge against the court order given on compassionate grounds." He also pointed out that there was no financial implication for Air India but the insurance firms.

"We have already disbursed a total of Rs 57 crore as compensation to the next of kin of 74 victims and there has been no dispute over it," the official said.

On July 20, the Kerala High Court had ordered Air India to pay Rs 75 lakh to each to the next of kin of the 158 victims of the Mangalore air crash on May 22 last year. The Air India management was then learnt to have been contemplating challenging it in the Supreme Court.

If the insurer does accept the government view, then it would have to shell out around Rs 118.5 crore as compensation. Out of this Rs 57 crore has already been paid as interim compensation, airline sources said.

The High Court order came on a case filed by Abdul Salam and Ramla, parents of the 24-year-old B Mohammed Rafi, who was killed in the crash that has been termed as one of the worst air disasters in India's civil aviation history.

Within three weeks of the crash, the airline had paid an interim compensation to the victims. There were 166 persons on board the flight IX-892, piloted by a Serbian national.

Under the Montreal Convention, air crash compensation is decided on a case-to-case basis, though there is a minimum slab which has to be given in any case. The factors taken into account include the working age of the deceased or injured, the income they are earning or the number of dependants.

The Kerala court held that the carrier was liable to pay no fault liability of one lakh SDR (special drawing rights equal to Rs 75 lakh) to the petitioner. SDR is a special currency issued by the IMF. This is apart from whatever other compensation the petitioners are entitled to, the court added in the order.

The petitioners prayed for a direction to settle the entire statutory claims made under the provision of the Air Act 1972 from the respondents on the death of Rafi. They had sought Rs 1.5 crore as compensation.

Among the victims, 53 were Keralites, most of them from the northern districts of Kasargode and Kannur.