News Network
Mangalore, July 23: Minister for Higher Education Dr V S Acharya said that with the single child norm, Dakshina Kannada and Udupi districts have seen negative growth in population and imbalance in sex ratio. The rate of growth of population is -25 in Udupi and -20 in Dakshina Kannada.

Speaking at the presentation of a study by Manipal University on the impact of mid-day meals on the school students organised by the Akshaya Patra Foundation here on Saturday, he stressed the need for two child norm. The sex ratio has come down to 968:1000 in Udupi district. The infant mortality rate in Dakshina Kannada and Udupi is much below the developed countries.

“Fresh, clean, tasty, nutritious and balanced food is essential for the growth of the children. If proper food is given to the children, then they will be attentive in classrooms,” he opined and added that the auditing of any programme is essential to know how much success we have achieved and to improve the programme for the good.

A team of doctors led by Manipal University department of Public Health Head Dr Ramachandra Kamath conducted a study to assess the nutritional status and health check up of 1,630 school children in Mangalore who consume food from Akshaya Patra Foundation in the form of mid-day meals.

Dr Kamath said each child was examined clinically for the presence of signs and symptoms of malnutriotion. A machine has been procured from Germany for the purpose. About 10 per cent of the schools covered in the first phase with 25 per cent school children for the study.

Similar study will also be carried out in Mysore, Hubli-Dharwad, and Bellary.

A total of 144 schools will be covered with 78,700 students. In Mangalore, 830 boys and 800 girls were taken for study. The study showed that 91.7 per cent of the children are normal. An average of 5 per cent malnutrition was noticed in the children.

The problems of anaemia, ear infection and skin infection were also noticed.

The Akshaya Patra Foundation Director (Programme Coordinator) Ramaswamy Tarikere said that the Akshaya Patra is planning to supply chapathi to the kids for mid-day meals in Hubli-Dharwad, Bangalore and Bellary.

He said about 9 lakh chapathis would be required daily. “We will not make any restriction for the number of chapathis to be consumed. Once we get approval from the government, chapathis will be supplied to the students,” he added.

He said a sum of Rs 5.60 is spent on one child for mid-day meals. Of which, Rs 4.30 for high schools and Rs 2.69 for primary school kids is given by the government. 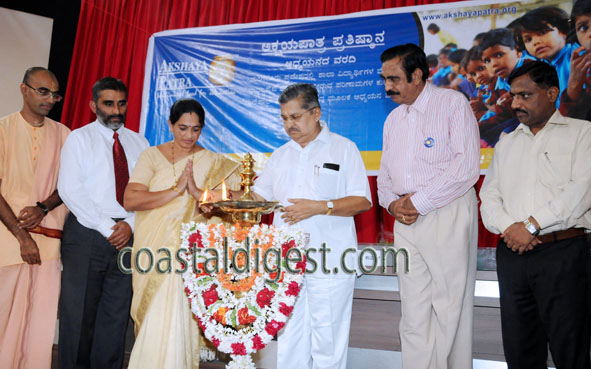 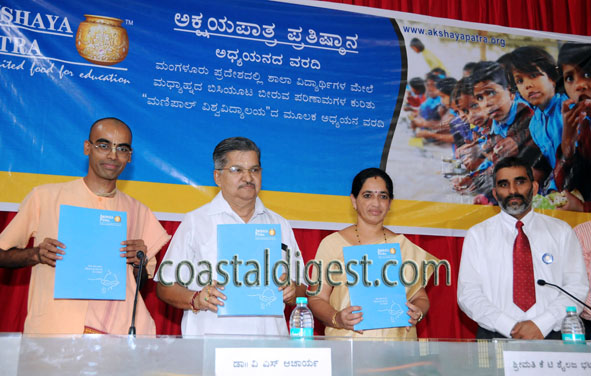 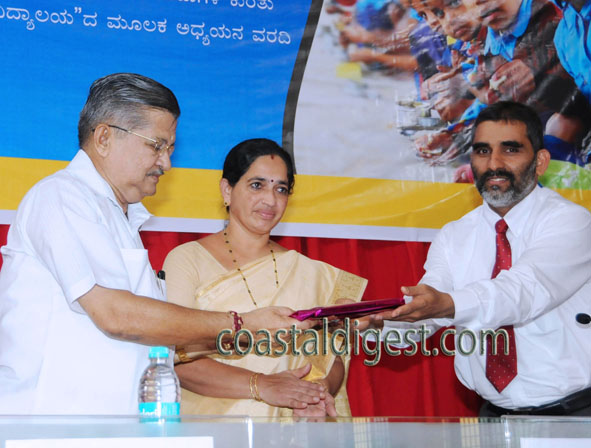 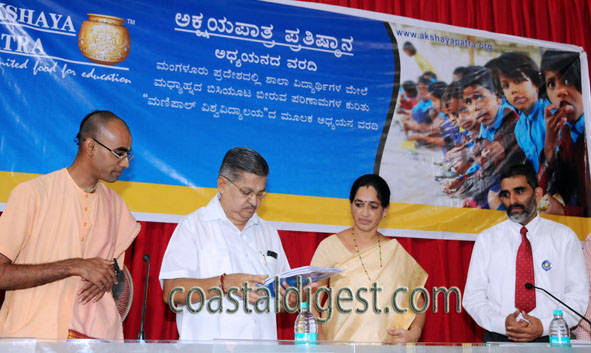