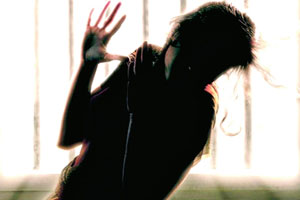 Mangalore, July 24: In a case of dowry death, a woman breathed her last at a private hospital in the city on Friday, after allegedly attempting to commit suicide unable to bear the physical and mental torture meted out to her by husband and in-laws.

The victim has been identified as Sameena, sister of S M Farooq from Goa. She had been married to one Abdul Rasheed, a resident of Kinya village near here.

It is alleged that she had been regularly harassed by husband and his family members for dowry, which forced her to take the extreme step on July 10. Later, she had been hospitalised in a critical condition.

Sameena's family members have lodged a complaint against her husband and inlaws at Pandeshwar police station.