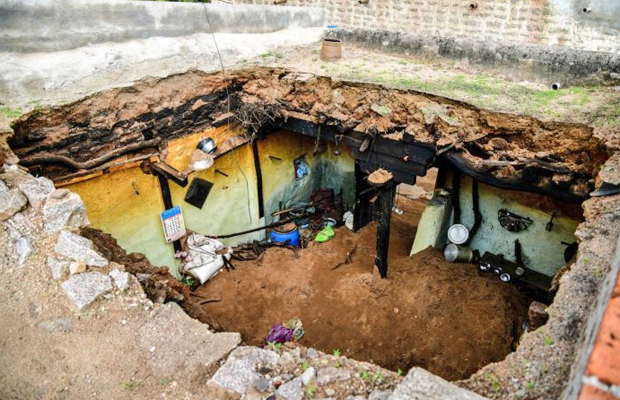 Koppal, Oct 16: Three members of a family were killed after the dampened roof of their house caved in at Yalamagera village of Koppal taluk yesterday.

The victims have been identified as Sujatha (22), her younger brothers Amaresha (18) and Gavisiddappa (15). Their father Somanna Kudarimoti had a miraculous escape in the tragedy.

The roof of the dilapidated mud house had dampened owing to rain three days ago.

All the four of the family were sleeping outside the house on Monday night, but had to move inside after it started raining.

In the early hours, heavy rafter and mud fell on the three, killing them on the spot. Somanna who was sleeping in a room in the interiors survived. Somanna’s wife had died nine years ago.

Meanwhile, a 45-year-old man was struck dead by lightning in Kudarihal village of Ranebennur taluk.

The deceased has been identified as Shivanandappa Balannanavar. He was working in his fields when lightning struck him.