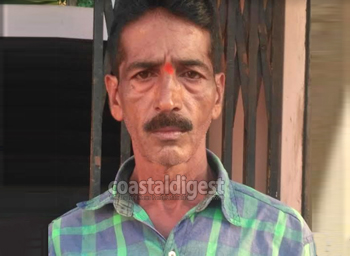 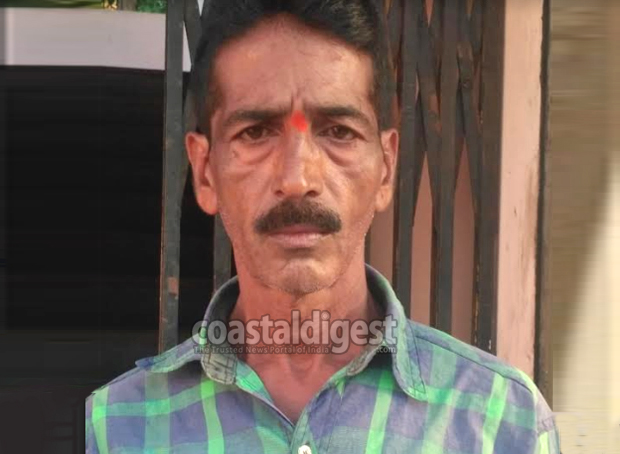 Neglecting his limping leg, a 53-year-old coolie worker raced 6 kms to alert railway authorities of a broken track and averted a major railway mishap at Udupi last Saturday. By the time the railway team reached the spot, the earlier gap in the track had already widened and the train bound from Goa was on arrival.

Diagnosed with a nerve issue in his right-leg over a year ago, Krishna Poojary was at the habit of walking barefoot on the gravel stone-bed on the railway track for quite some time. "I am under injections and medications. However, as a therapeutic relief the doctor had advised me to walk on the gravel stones, as it would relax my leg muscle. Since I stay close to the track at Korangrapady, I have made it a point to walk on it on a daily basis. Otherwise, besides the train there is no other person in that area at any point of time," he says.

A little over 06.30 am on Saturday, Poojary was on his regular routine, when he noticed a crack at Brahmasthana in Korangrapady. "Since, I could not seek anyone's help, I quickly started pacing towards the Indrali railway station," he says. Despite the seething pain, Poojary claims that he was able to reach the station office in 30 minutes.

At the station, Poojary apprised the railway personnel about the track condition. The officials immediately alerted higher authorities and within 40-minutes the team led by Poojary reached the spot for inspection. "By the time we reached, the track had already widened. It was later learnt that unaware of the danger a goods train had somehow managed to pass in the meanwhile," Poojary said.

On learning that a train from Goa was en-route, the railway authorities instantly contacted other stations and informed them about the impending danger, while simultaneously fixing the track. "In a short while, we informed other trains to pass. But we had advised them to slow their speed, since temporary emergency devices were put in place to avert the sudden danger," a railway official said.

Generally a coolie worker, off season Krishnappa dubs himself as a cook at a local eatery called 'Cool Point’ at Korangrapady. On being asked, how did he manage to be committed to the cause despite the injury, Krishnappa recounts his memory of witnessing a 40-year-old railway incident at Nelamangala.

“During those days when education was a luxury, this boy who worked with us at a shack as a waiter had successfully finished his graduation and was returning home. He was de-boarding a running train at Nelamangala station, when his bag got stuck in one of the hinges at the boogie door and he was pulled back to the fast moving vehicle. The scene of the body being dragged and crushed is still fresh in my mind, as we watched helplessly," he said. Poojary adds that he is constantly plagued by the thought of the incident. "I would have never been able to forgive myself if something had happened this time. I believe, the emotions made me forget my pain and I did not even realise my leg mattered until I reached and alerted the railway officials," he says.

A big salute to Krishna Poojary, a proud karyakartha of Sangh Parivar. This teaching of Sangh parivar is behind this noble deed. Sadly newsportals like CD hide the fact that he is a Sangh Parivar worker.

Shameless liar. Don’t you feel shy to tell such lies? He doesn’t even know what is sangh parivar. He is an honest coolie worker. I know him very well. He had worked for me also.

I'm truly enjoying the design and layout of your site. It's a very easy on the eyes which makes it much more pleasant for
me to come here and visit more often. Did you hire out a developer to create your theme?
Exceptional work!

Wow.. great. he deseves highest award for his effort

I fully agree with Sri Vasantha Bangera. Sri Poojary deserves award not less than the award of Karnataka Rajyotsava for his heroic act.

He deserves Rajyotsava award and a huge reward. Not just felicitation by railways. It is the responsibility of the Udupi district administration and elected representatives to recognise this noble man.