Mangalore, May 26: A case of a Dalit headmistress in a government school in Bantwal taluk being subjected to harassment by subordinate teachers belonging to a upper caste came to light at the monthly SC/ST grievance meet held at the Police Commissioner's office in Mangalore on Sunday.

Kamalakshi, headmistress of Dakshina Kannada Zilla Panchayat Higher Primary School in Panelabarike at Pajeer village, levelled allegations of caste-based discrimination, maltreatment and harassment on Ramakrishna G and his wife Rashmi, who were both teachers in the same school.

Resident of Sajipa in Bantwal taluk, Kamalakshi told City Police Commissioner Manish Kharbikar that she had filed a complaint against Ramakrishna at Konaje police station in the month of February, along with the School Development and Monitoring Committee (SDMC) president, who was witness to the discrimination and harassment.

“However, having failed to cite names of witnesses in the FIR, the police have filed a B report on her. This is wrong, and should not have been done,” a Dalit representative told the Commissioner who assured to look into the matter.

Speaking to reporters, she said that she had been facing discrimination and mental harassment from July last year. “I have been the headmistress of the school for six years. The teachers Ramakrishna and Rashmi joined the school as assistant teachers in 2011,” she said, adding that Rashmi spoke and treated her in a demeaning manner, and also bullied her into resigning as the headmistress.

“I have also filed a complaint against her with the Block Education Officer,” she said.

Representative Srinivas Shetty said that a Dalit member of Kuppepadavu gram panchayat Hariyappa Muthoor was abused using foul language and threatened by president of the gram panchayat Chandrahas Shetty last week, for his role in protesting against rampant illegal sand mining in the region.

“The struggle against illegal sand mining was even recorded and telecast on a Kannada news channel. Following the telecast, Chandrahas Shetty along with Dinesh Moolya, barged into his house late at night, and used foul language against Hariyappa and his mother. He even threatened to kill Hariyappa on the occasion. A complaint was filed at Bajpe police station along with details of the accused and his vehicle including registration no. However, the police did not take action against the accused, inspite of all details. Moreover, information was received that the accused was taken halfway to the police station and then let go,” he said, accusing the police personnel of not doing their duty.

He urged the Police Commissioner to take strict legal action against the accused. In reply, the Commissioner told him to clarify all aspects with the police officers at the station and assured him of a detailed probe into the issue.

Dalit leader S P Anand pointed out to the Commissioner that several B reports were being filed on complaints registered by Dalits, mainly in Kavoor, Bajpe and Panambur police stations, and urged action.

The Commissioner clarified that only after scrutiny and notice to the complainant, were B reports filed, and assured him that the case would be subjected to re-investigation. 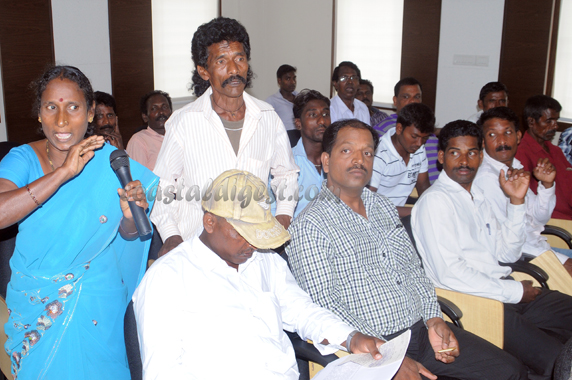 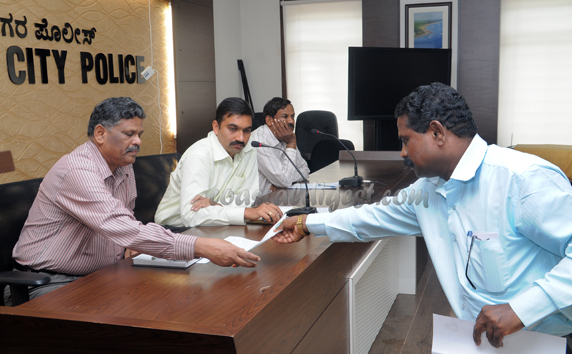 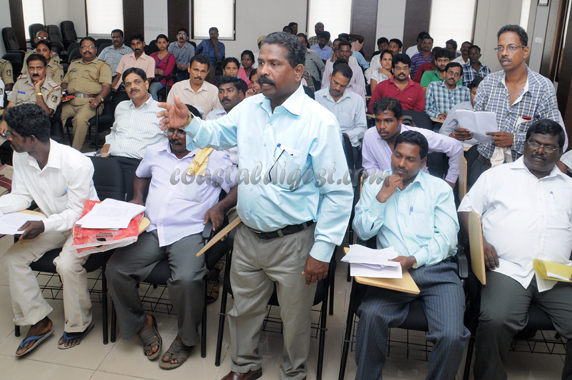 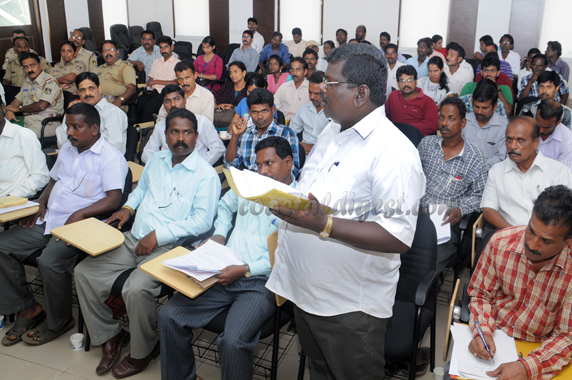 PFI chief among over 100 detained in ‘largest-ever’ NIA, ED raids in 11 states 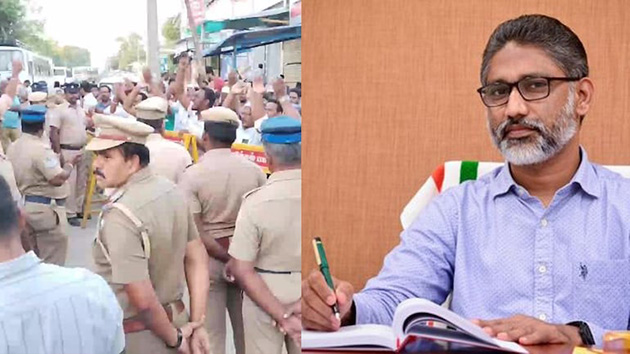 Newsroom, Sept 22: More than a hundred functionaries of Popular Front of India, majority of them from Karnataka and Kerala, were arrested today following a multi-agency operation headed by the National Investigation Agency (NIA) and Enforcement Directorate (ED) across 11 states.

The raids come following allegations levelled against some of PFI activists of supporting terrorist activities in the country. The PFI has rubbished the allegation as blatant lie.

According to sources, at least 106 functionaries were picked by the NIA, ED and state police in what officials described as the "largest-ever investigation process till date".

The PFI, formed in Kerala in 2006 and headquartered in Delhi, said in a statement, "The raids are taking place at the homes of national, state and local leaders of PFI. The state committee office is also being raided. We strongly protest the fascist regime's move to use agencies to silence dissenting voices."

On September 18, the NIA had conducted raids at 38 locations in Telangana and two locations in Andhra Pradesh in connection with a case registered against PFI functionaries alleging that they were "organising camps for imparting training to commit terrorist acts and to promote enmity between different groups on the basis of religion".

The PFI, which is accused by law enforcement agencies of promoting radical Islam, is also under the ED scanner for money laundering charges in connection with "fuelling" protests against Citizenship (Amendment) Act, the 2020 Delhi riots, alleged conspiracy in Hathras (a district in Uttar Pradesh) over alleged gang-rape and death of a Dalit woman among others.

In February last year, the ED filed its first charge sheet against PFI and its student-wing Campus Front of India (CFI), claiming its members wanted to "incite communal riots and spread terror" in the aftermath of the Hathras gang-rape case of 2020. The second charge sheet filed this year claimed that a hotel based in the UAE "served" as a money laundering front for the outfit.

The NIA had in 2017 sought a ban on the PFI alleging that it was involved in extremist activities detrimental to national security. It also accused the outfit of imposing strict religious orthodoxy among Muslims.