The CME was attended by faculty of different medical colleges of the city as well as more than 30 postgraduate students.

Dr.Vijay Ramachandran, Surgical Gastroenterologist, Laparoscopic & Hepatopancreatobiliary Surgeon delivered the inaugural keynote lecture on the state of the art approach to the Management of Pancreatic tumours followed by lectures on Liver Resection and Liver Transplantation.

This was followed by Postgraduate Clinics.

The highlight of the second day was a Surgical Quiz for the postgraduate students conducted by Dr.Vijay Ramachandran.

The concluding session was a hands-on workshop on knotting, Suturing and Bowel Anastomosis for the postgraduates. 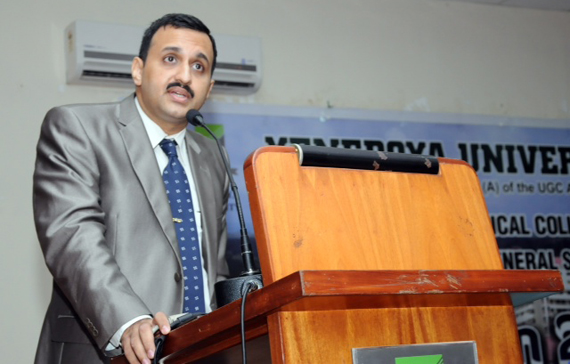 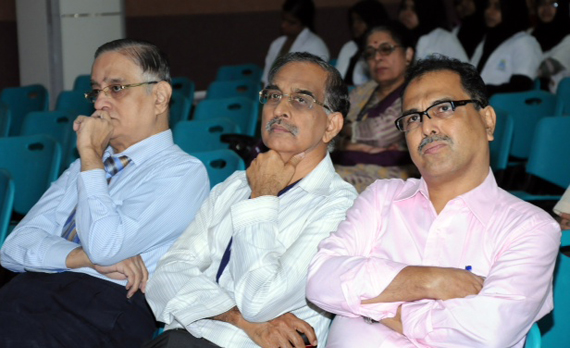 Mangaluru, Feb 20: After Karnataka Home Minister Basavaraj Bommai’s intervention, the police have registered two separate cases against the activists of Popular Front of India in connection with the Unity March held at Ullal in Mangaluru.

According to City Police Commissioner N Shashi Kumar, the cases have been filed at Ullal police station after taking legal opinion.

The organizers of February 17 event are now accused of violating permission conditions, obstructing the police personnel on duty, delivering provocative speeches and sloganeering by participants during the Unity March.

The police have filed cases against Munib Bengre, Abdul Khader Kulai, Shaheed Deralakatte, Safwan, Imthiyaz Kotepura and others for carrying out route march from Kaiko Road Cross to Mukkacheri, and thus obstructing the movement of vehicles. The march was carried out without permission. Around 415 activists had taken part in the march, the Commissioner added.

In another case, the police have booked cases against Abdul Khader, Shaheed Deralakatte, Munib Bengre, Khaleel Kadappura, Imthiyaz Kotepura, Rameez Kodi, Safwan, and others for raising “derogatory” slogans against RSS and also against the Supreme Court verdict related to the demolition of Babri masjid. 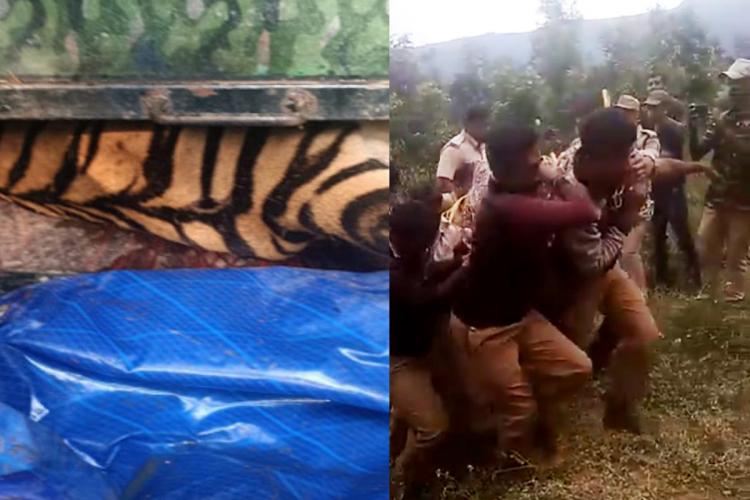 Madikeri, Feb 21: Forest Department personnel of Karnataka successfully tracked and tranquillised a tigress that had killed two persons within a span of 12 hours between Saturday evening and Sunday morning.

The animal was tranquillised late on Sunday evening.

Forest officials said on Monday that while a 60-year-old woman, Chinni, was killed by the tigress in T Shettigeri village close to Srimangala on Sunday morning, a 14-year-old boy named Ayyappa, was killed by the animal on Saturday evening at Kumtur village in Ponnampet taluk.

Chennai's killing took place within a distance of two to three km from Saturday’s attack and hence the authorities suspected that the same Tiger may have caused both the killings.

The woman was killed when she ventured out early in the morning from her home. Panic gripped the local community following her killing.

Chief Conservator of Forests T Hiralal said the focus was on capturing the striped cat alive as per the protocol and it was tracked by a battery of Forest Department personnel engaged in combing operation on Sunday evening.

The authorities constituted different groups and used four elephants during the combing operations. But one group identified pug marks and tracked them to the spot where it was finally located near Manchalli village and managed to dart the animal.

The animal had pre-existing wounds on its right legs and was unable to hunt. The Tigress is believed to be aged around nine years, she was caged and a decision was taken to shift it to a rescue centre for observation at Chamundi Animal Rehabilitation Centre in Mysuru.

It appeared emaciated and it is speculated that the injury could have been caused by a territorial fight with another dominant tiger.

Some locals said both the deaths could have been avoided had the Forest Department responded to reports of recent cattle kills from the area.

While earlier in the day villagers had demanded that the big cat be put down, forest officials managed to convince them and capture the animal.

Mangaluru, Mar 1: In a tragic incident, a 23-year-old woman reportedly died of heart attack in the early hours of Monday (March 1) at her house a day after her wedding on the outskirts of Mangaluru.

Laila Aafia (23), daughter of K H K Abdul Kareem Haji, president of the mosque committee of Birpugudde near Adyar Kannur in Mangaluru taluk was married to Mubarak on Sunday (February 28).

The nikah was solemnised at Adyar Kannur Juma Masjid and the reception was held at Adyar Garden on the same day. The bridegroom had visited the house of in-laws after the wedding.

Family sources said that the husband and wife were happy and celebrating the beginning of a new chapter in their lives. However, around 3 a.m. the bride suffered a massive heart attack and breathed her last.

The last rites of the woman are expected to take place following the afternoon prayers today.