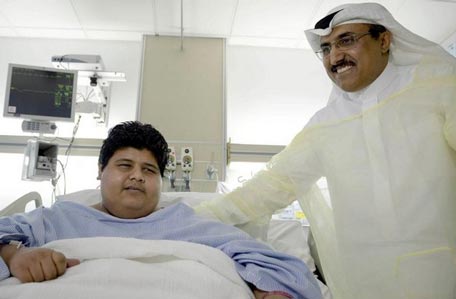 Riyadh, Sep 11: A Saudi, the world's heaviest teenager, has lost nearly 50kg since he was moved out of his bedroom to hospital by an army of nurses and civil defence men using a massive crane and a special medical bed imported for him from the United States.

Khaled Al Shaeri weighed a massive 610kg when he arrived in hospital in the Saudi capital in Riyadh but his weight has now dropped to around 560 kg, doctors said.

“His condition is steadily improving and he is now better accepting treatment. We have already prepared a medical and psychological programme for him and hope he will continue to improve,” said Dr Ayed Al Qahtani, who is supervising Shaeri's treatment.

He said more than 15 doctors and nurses have been appointed for the treatment of Shaeri to ensure efficient treatment and avert any skin problems because of his weight.

Doctors treating Al Shaeri at a specialized government hospital in Riyadh on orders by King Abdullah bin Abdul Aziz have said they aim to reduce his weight by an average 15kg a month over the next three years.

More than 50 civil defence and medical staff members joined hands in late August to transfer Shaeri out of his house in the southern province of Jazan to hospital in Riyadh, using a huge medical bed and crane imported for him from the United States.

“I am optimistic that I will get better. I hope I will be able to stand on my feet and walk again,” Shaeri said after he was admitted to hospital.

King Abdullah, 89, has intervened and ordered the immediate treatment of Shaeri at King Fahd Medical City in the capital after the boy emerged in local newspapers to appeal for Royal help following difficulties in his breathing system. 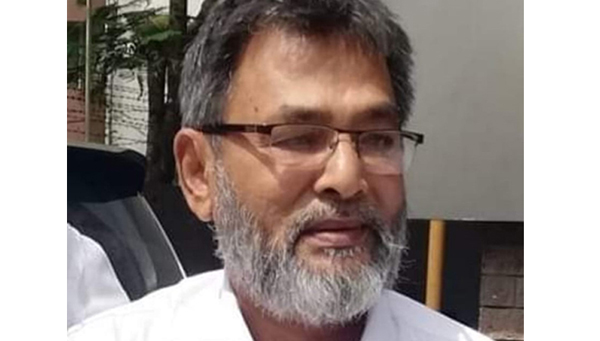 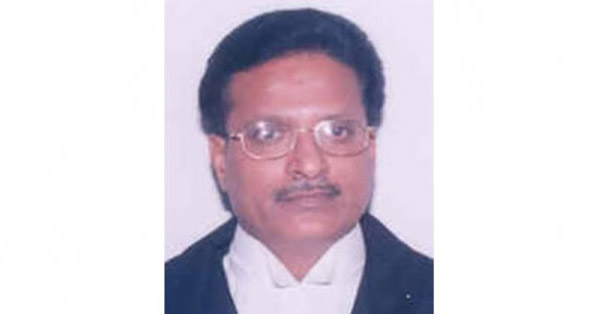 He is presently serving as the Upalokayukta.

According to the appointment notification issued on the orders of Governor Thaawarchand Gehlot, Chief Minister Basavaraj Bommai had recommended that Justice Patil be appointed as the Lokayukta of Karnataka.

The post of the head of anti-corruption ombudsman in the state has been vacant after Justice P Vishwanath Shetty had stepped down as Karnataka Lokayukta in January after five years of service.