Athani, Oct 13: Ganeshyogi Maharaj of Mayureshwar mutt at Kempwad village, who used to claim that he would come back to life three days after his death, died after consuming poison late on Saturday. 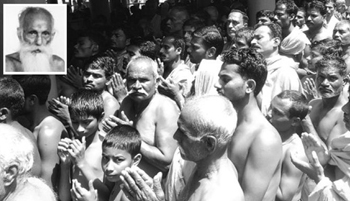 Amidst strong protests by hundreds of devotees to wait for three days, a police team headed by Deputy Superintendent of Police S S Patil explained the seriousness of the matter to the devotees and prevailed upon them to conduct his last rites.

The devotees finally relented and buried his body at the mutt's premises on Sunday afternoon.

This is not the first time that 75-year-old Ganeshyogi had consumed poison to show his miracle powers.

Many times in the past, he had consumed poison and even got poisonous snakes to bite him to prove that he could defy death.

He made Kempwad village his home about 50 years ago and worked as a teacher at a government Kannada primary school for about three to four years. After resigning from his job, he stayed at Mayureshwar mutt.