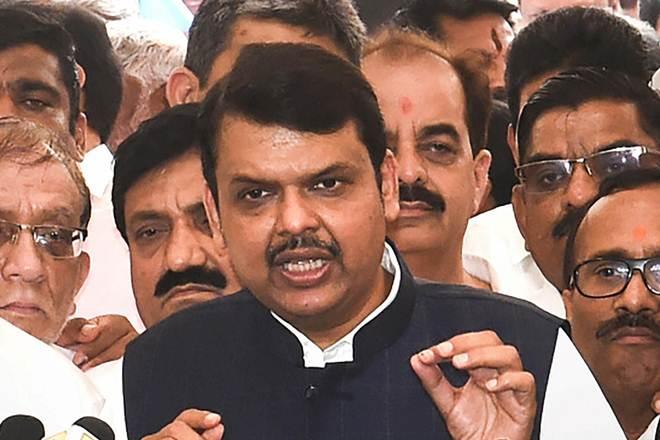 Mumbai, Dec 2: Rejecting Karnataka Bharatiya Janata Party (BJP) leader Anant Kumar Hedge's claim, former Maharashtra chief minister Devendra Fadnavis on Monday said no money was returned to the Centre and that he did not take any such decision as caretaker chief minister.

Hegde, the MP for Uttara Kannada (Karnataka), said on Saturday that his party colleague Devendra Fadnavis was made Maharashtra chief minister, despite lacking majority, to prevent misuse of central funds to the tune of Rs 40,000 crore by the opposition coalition led by the Shiv Sena.

In his reply, Fadnavis said, "No money has been returned to the Centre and no policy decision was taken by him as caretaker chief minister."

"This claim is completely false. No such incident occurred. As far as the bullet train project is concerned, the Maharashtra government has no role except land acquisition."

He further clarified that neither did central government ask for any money nor did the Maharashtra government honour any such request.

Earlier on Saturday, Anant Kumar said Fadnavis just took 15 hours to move the money and that all of it (Rs 40,000 crore) was returned to the central government. He added that the BJP had staged a "drama" just to save the funds.

Sources close to Devendra Fadnavis rubbished Hedge's comments and added his remarks were based on a message forwarded on WhatsApp.

They added that the only decision taken by Fadnavis administration during the short-lived tenure was the release of aid for farmers.