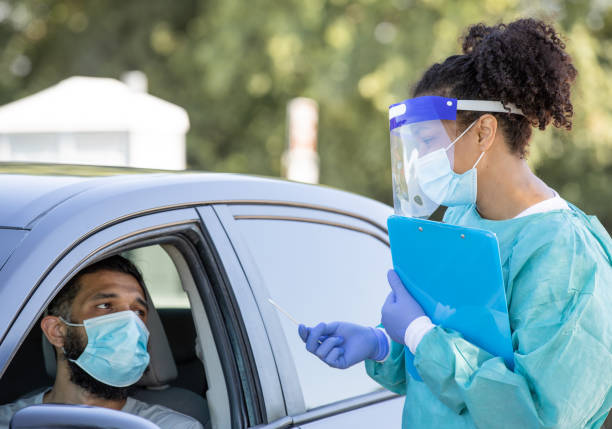 Mangaluru, Nov 29: With the South African variant of coronavirus posing fresh threats, the administrations of the districts bordering Maharashtra have upped the vigil at the checkposts.

The border districts of Dakshina Kannada, Kodagu and Mysuru that share a border with Kerala, are also on high alert, though no case of the Omicron virus has been reported in the neighbouring state.

Dakshina Kannada Deputy Commissioner Dr Rajendra K V said that the health department would launch a drive for mass screening of students from Kerala who studying in colleges in the district for Covid-19.

Additional technical staff will be deployed to collect swabs and conduct RT-PCR tests on students from Kerala, said the DC. The DC said the test positivity rate in Kerala is still around 8 per cent and the CM has directed to strengthen the surveillance at the border.

Though RT-PCR tests are conducted in Kasargod, the CM has directed to conduct tests at the border as well, said the DC.

In view of the new Covid variant scare, the state government on Saturday made it mandatory for travellers from Maharashtra and Kerala to carry Covid vaccination certificate and a negative report of RT-PCR test taken within 72 hours of travel/arrival.

Speaking to reporters, he said officials are already on high alert as Norovirus cases have been detected in Kerala.

Only those with negative RTPCR test report for Covid, taken 72 hours before the journey, are allowed to enter the state, the officer said.

“Health department personnel are conducting door-to-door survey to identify Norovirus or Covid cases in villages bordering Kerala. But no cases have been detected so far. Hence, there is no need for panic,” Prasad said.

The Chamarajanagar district administration too has made negative RT-PCR report and certificates for having taken two doses of Covid vaccine mandatory for passengers from Kerala.

The personnel have been directed to collect details of the passengers and monitor their health condition.

District health and family welfare officer Dr K M Vishweshwaraiah said, “Screening has been intensified at Moolehole and Kekkanahalla checkposts. Omicron virus has not been reported in Kerala. However, precautionary measures have been taken. The passengers should furnish the vaccination and negative RTPCR reports,” he said.

Five beds have been reserved at the Gundlupet government hospital for treatment, if any cases are identified at the checkposts. Besides, steps have been taken to create awareness about precautionary measures among the residents of 170 border villages in the district, he said

Mangaluru, Aug 2: Two more suspects have been arrested by the Dakshina Kannada police in connection with the murder of BJP Yuva Morcha member Praveen Nettaru.

The police had arrested Shafiq and Zakir on July 28. After taking police custody of these arrested, investigation was on and based on further evidence, the police arrested Saddam and Haris.