The minister also hoped that the cases will not increase in Mysuru in the days to come despite the festival seasons.

Speaking to newsmen here last night after a review meeting, he said, "Out of 1.08 lakh tests Wednesday, the Covid positive rate was 5.5 per cent as against it was between 11 and 14 per cent just 10 days ago.".

Cow slaughter ban will be a reality in Karnataka in near future: C T Ravi 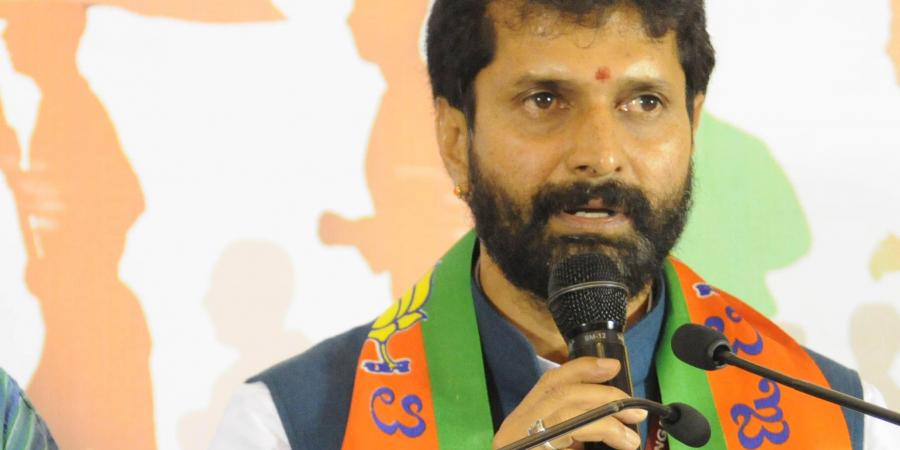 Bengaluru, Nov 20: Cow slaughter ban would be a reality in Karnataka in the near future, the BJP national general secretary C T Ravi said on Friday.

The former Karnataka Minister, who is in-charge of party affairs in Maharashtra, Goa and poll-bound Tamil Nadu, said a law banning cow slaughter would be passed in the upcoming Assembly session.

"Cow Slaughter Ban will be a reality in Karnataka in the near future. I have asked Animal Husbandry Minister Sri @PrabhuChavanBJP to get "The Karnataka Prevention of Slaughter & Preservation of Cattle Bill" passed in the Cabinet and present the same in the upcoming Assembly Session," the Chikkamagaluru MLA tweeted.

Ravi had also said earlier this month that on the lines of Allahabad High Court's order, Karnataka would enact a law banning religious conversions for the sake of marriage.

"We will not remain silent when Jihadis strip the dignity of our sisters," he had said, adding, anyone involved in any act of conversion shall face severe and swift punishment.

The Allahabad High Court in its order on October 31 said that religious conversion just for the sake of marriage was not valid.

The court made the remark while dismissing a plea by a newly married couple in Uttar Pradesh that had approached it to direct police and the woman's father not to disturb their marital life.

In the petition, it was stated that the couple got married in July this year, but family members of the woman were interfering in their marital life. 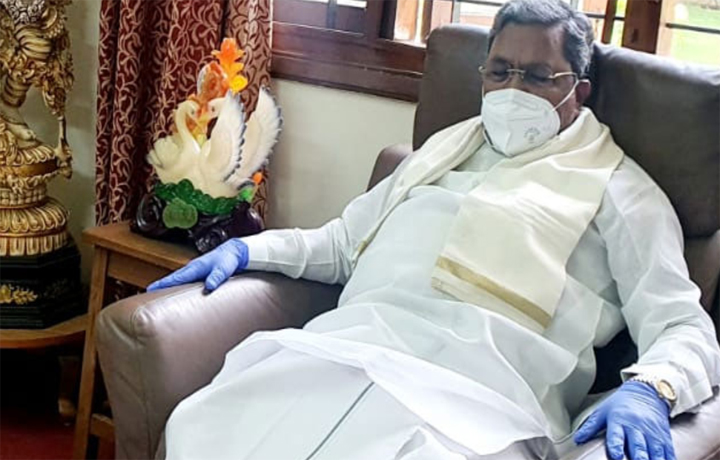 Bengaluru, Nov 18: Congress leader and former Chief Minister of Karnataka Siddaramaiah on Wednesday slammed Chief Minister BS Yediyurappa for adopting a "divide and rule policy" by announcing the constitution of a Maratha development authority in the state.

"BS Yediyurappa as always is adopting divide and rule policy by establishing Maratha development authority. With only electoral benefits in mind, Yediyurappa is taking the unscientific route of establishing development bodies based on only castes," Siddaramaiah tweeted.

There has to be a comprehensive analysis of social reality before deciding on government programs. Had Yediyurappa been genuinely interested in alleviating the status of people, he could have accepted the Social and Educational Survey report that is ready to be released, he further stated.

"BJP Karnataka, which has failed to compete on development agenda during elections, is destabilising social harmony through divisive politics. This is against democracy and social justice," Siddaramaiah tweeted.

"I strongly condemn any decision which is only intended to reap political benefits. There is dispute between Kannadigas and Marathis for long time now and with the announcement of Marathi development authority, CM of Karnataka is instigating Kannadigas and disrupting peace," he added.

Siddaramaiah said he further opposed the decision taken against the interests of Kannadigas.

"I strongly oppose any decision taken against the interests of Kannadigas. There are many other pressing issues that needs government assistance. Yediyurappa should look into that first to address inequality before hurting the sentiments of Kannadigas," he tweeted.

"When I was CM of Karnataka, Anna Bhagya, Ksheera Bhagya, and other programs were implemented. These were not intended to divide people on caste or language. Yediyurappa has been neglecting these pro-people programs while announcing funds for projects that were not in the budget," Siddaramaiah added.

"The Karnataka chief minister says government does not have money for social security schemes and pro-poor schemes," stated Siddaramaiah adding "Then where did they get crores of funds for Marathi development boards?"