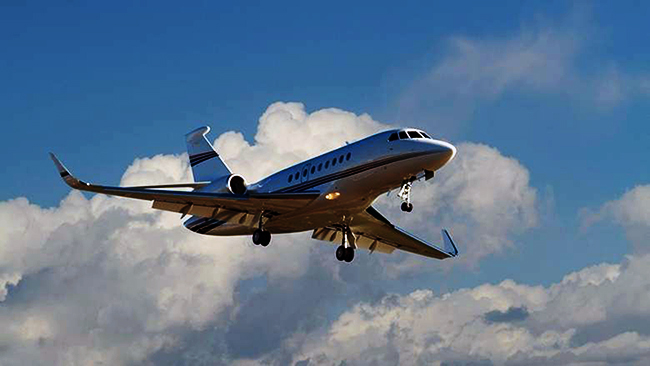 Dubai, Jul 8: The Directorate General of Civil Aviation (DGCA) has revoked landing permits issued to UAE-based private jets flying Indian expats who are willing to fly back to UAE. With this the operation of private jets from India to the UAE has stopped.

The DGCA’s decision has come as a huge disappointment for desperate expats who are trying every means possible to return to the UAE, and were shelling out up to Dh15,000 per ticket.

All charter flights were operating with the appropriate permissions and clearances for the specific mission, route and destination, said the charterers.

DC Aviation Al-Futtaim, the only integrated VIP handling and hangar facility in DWC, said in an official statement: "As a result of the DGCA suspension of flights into India, our Challenger 604 aircraft which was scheduled to land in Dubai today has been affected."

Afi Ahmed, managing director of Smart Travels, said he has received news from official sources that all approvals for operation of private jets have been barred until July 10.

"Even the flights that had been given approvals stand cancelled. Some flights organised on July 9 have also been grounded," said Ahmed, who was also stranded in Kochi, Kerala, till July 4 but returned home in the UAE on-board Global 6,000, the largest business jet, organised by a Dubai-based aviation company.

Ganesh Rayapudi, a UAE-based businessman who has been trying to organise flights from India to UAE, said: "The government has kept on hold all charters. At least 52 passengers were desperately waiting to come back from Hyderabad on these flights and were willing to collectively cough up Dh400,000."

He added: "I agree that it is unfair to those who cannot afford these prices. However, UAE residents have commitments here; they were tired of waiting and willing to go any lengths, including taking the expensive route."

On July 3, India's DGCA announced via an official circular that scheduled international flights will remain suspended till month-end and only those on a case-to-case basis will be allowed to operate. These flights were suspended on March 22 due to the ongoing pandemic.