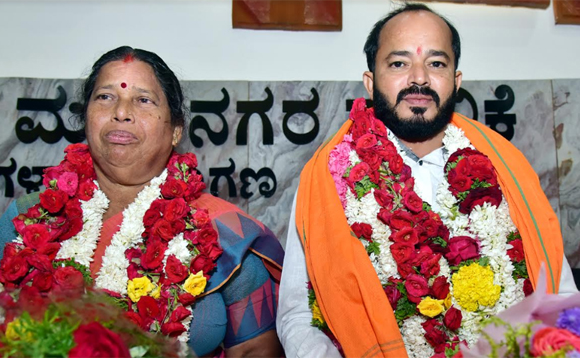 Congress had fielded Zeenath Samshuddin of ward number 44 (Bunder) for the post of Deputy Mayor and secured 17 votes.

Two Social Democratic Party of India (SDPI) corporators remained neutral for the post of Mayor while they supported the candidature of Zeenath Samshuddin of Congress for the Deputy Mayor post. Janaki aka Vedavathi of the BJP secured 46 votes.

The BJP had swept the elections to the 60-member council held on November 12 by winning 44 wards, while the Congress won 14 wards. Social Democratic Party of India won two seats.

Election to the post of Mayor and Deputy Mayor was conducted as per the reservation roaster for the 21st term dated September 3, 2018. Accordingly, the Mayor's post was reserved for candidate from BCM ‘A’ category while that of Deputy Mayor for woman general.