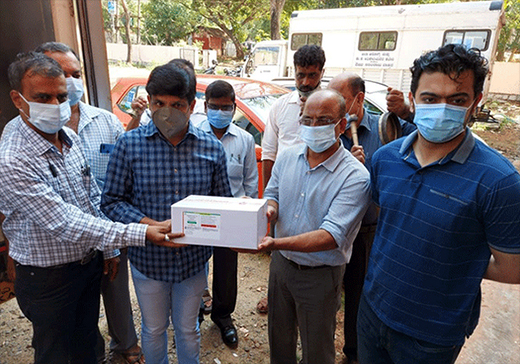 Mangaluru, Jan 14: The first batch of the much awaited Covid-19 vaccines reached the District Health Department Office here on Thursday.

As Mangaluru is the regional vaccine storage centre, the vaccines will be transported from here to Udupi and Chikmagalur districts.

The Department of Health vehicle transporting the vaccines had earlier reached Mysuru from Bengaluru and arrived from Mysuru to Mangaluru this morning.

Already, over 40,000 Covid warriors have registered their names for receiving Covid vaccine in the district. 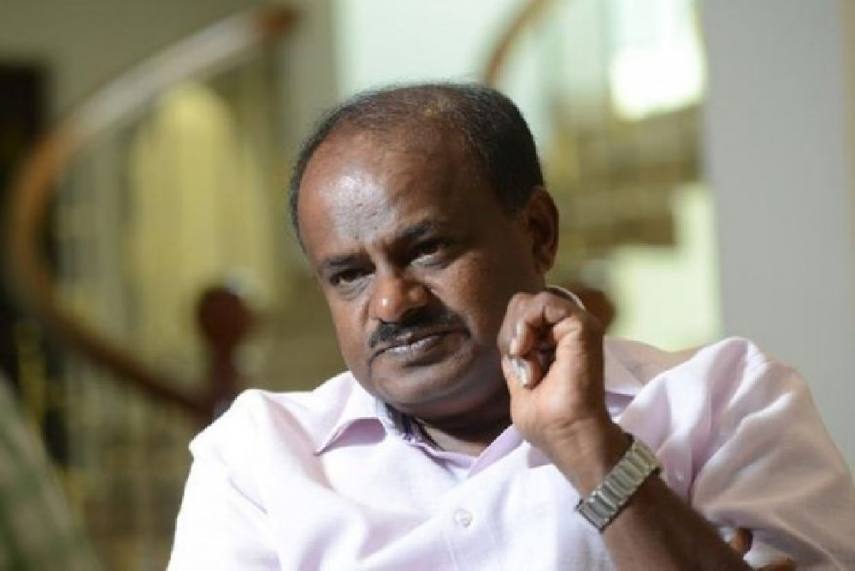 He also criticised ' padayatra' of different 'Swamijis ' demand reservation for their caste and community.

The Janata Dal (S) chief said that the party supremo HD Devegowda was of the opinion that the party could not spend a lot of money like others to contest in the elections. "Succumbing to the pressure from party activists, we are seriously thinking of fielding candidates for all three by-elections to Basavakalyan, Maski and Sindagi constituencies," he said.

The former CM alleged that the current Yediyurappa government is not spending on any of the works approved by the state Assembly but has the money for projects approved at the Cabinet meeting.
Answering a question on joining hands with the Congress in the election for the mayoral position in Mysuru, Kumaraswamy said that it is the understanding of local leaders.

He also criticised the B S Yediyurappa-led BJP government in the state for allotting new expensive cars to all Ministers in the state during this ' corona ' crisis, he said. 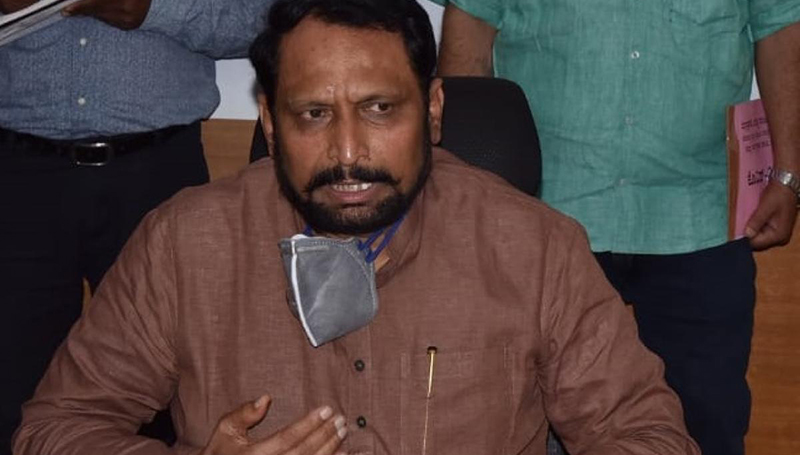 Bengaluru, Feb 25: Karnataka Transport Minister Laxman Savadi said on Thursday that in the wake of rise in diesel prices, a proposal to increase bus fares has been placed before Chief Minister B S Yediyurappa who will take final decision on the issue.

Speaking to mediapersons here, he said that the RTCs have proposed to hike the fares in view of the rise in diesel price. “The BMTC has sought a rise of 18pc in its fares. The issue will be brought to the notice of the chief minister and will be taken up in the upcoming Assembly session and the suggestion of the opposition parties will be taken,” he said.

He said that the four transport corporations (RTCs) have suffered a loss of Rs 2,780 crore with the overall revenue loss of Rs 4,000 crore. "As a result, the government has given Rs 1780 crore for providing salaries to the employees," the minister said.

To a question about claim by RTC workers, led by Kodihalli Chandrashakhar, that none of their demands have been met by the government, Savadi said they have already fulfilled six of the nine demands.

He said that farmer leader Kodihalli Chandrashekhar has no locus standi in the issue of the RTC workers. “Let the workers come and talk to me directly. Farmers and other associations have no place in this issue,” he said.