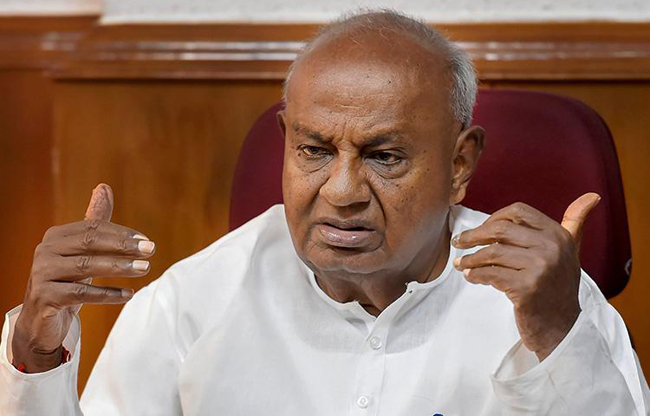 Bengaluru, Jun 20: Former Prime Minister and Janata Dal-Secular (JDS) founder HD Deve Gowda on Thursday said that he has asked Rahul Gandhi to reconsider his decision to resign from the post of Congress party president.

"I have briefed Rahul Gandhi and told him to reconsider his stand to resign," Gowda told reporters during a press conference here.

Talking about the issues related to JD(S), Gowda said: "Our party will hold a meeting of all members on Friday. The committed workers will be felicitated."

"Our president H Vishwanath has said that he will not quit the party but does not want to continue as the president. I have called a meeting of backward class leaders. We will try and convince him to continue," he said.

"On June 23, I will call a meeting of those leaders who have lost the Lok Sabha polls. No discussions will take place on the coalition government or the Cabinet expansion in the meeting," he said.deve