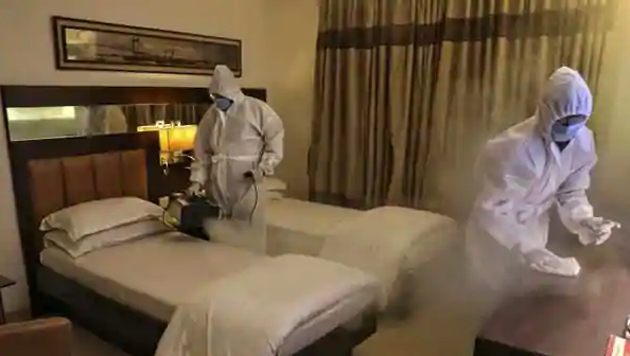 Bengaluru, Jun 6: Karnataka Chief Minister B S Yediyurappa on Saturday said hotels and restaurants would be allowed to re-open, but the precautionary measures laid down by the Centre against coronavirus were mandatory.

The Chief Minister on Friday held a meeting with the tourism and transport department, also stakeholders, regarding revival of tourism in the state.

Hotels associations and transport companies have said they would follow the guidelines issued by the government, an official press release said here.

The Karnataka government had said it would go by the Centre's direction on opening religious places of worship, shopping malls, hotels, restaurants and other hospitality services on June 8.

Buses, hotels and taxi owners association placed some demands at the meeting, the release said, adding that Yediyurappa informed them that he would examine their demands and take appropriate decisions.

The Chief Minister also released a handout regarding the guidelines that need to be followed as the tourism department is opening hotels, guest houses and tourist destinations.

The government had, on Thursday, said safaris, trekking, jungle lodges and resorts in areas that fall outside the COVID-19 containment zones can re-open provided they adhere to social distancing, hygiene as issued by the governments.