I got Rs 12 lakh to help terrorists to carry out R-Day terror attack: DSP Davinder Singh 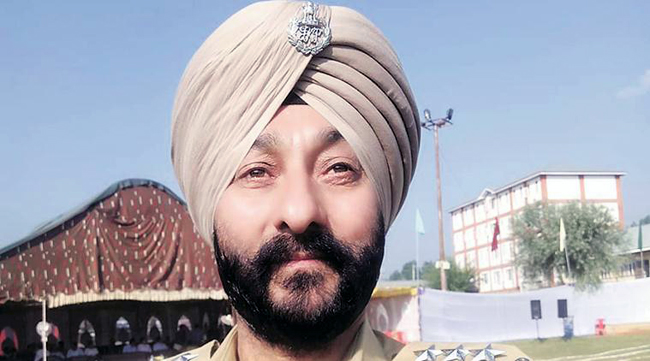 Srinagar, Jan 14: Davinder Singh, deputy superintendent of police, who was arrested on Saturday along with two Hizb terrorists and a Hizb overground worker in Kulgam, has confessed to his interrogators that he had received Rs 12 lakh from the terrorists to ferry them to Jammu and then Chandigarh for their onward journey to New Delhi, IG (Kashmir) Vijay Kumar told the media here on Monday.

Intelligence sources said the terrorists planned to carry out attacks on Republic Day.

The DSP was suspended on Monday and is likely to be stripped of all his awards, including the President’s Police Medal for anti-militancy operations.

Davinder, who was interrogated by various intelligence agencies, including IB, military intelligence and RAW, besides the police, has disclosed that he had put up the terrorists at his Indira Nagar house in Srinagar, right next to the Army’s 15 Corps HQ, and thereafter accompanied them to Jammu in a Maruti car driven by the Hizb overground worker, intelligence sources claimed.

Meanwhile, sources said the Union home ministry may hand over the case to the NIA to find the real motive of the terrorists, Davinder’s links to terrorism and whether he had helped terrorists in the past as well.

The two Hizb terrorists arrested with Davinder are Naveed Babu alias Babar Azam, a resident of Nazneenpora in south Kashmir’s Shopian district, and his associate Rafi Ahmad Rather. The Hizb overground worker, identified as Irfan Shafi Mir, was driving the vehicle when it was intercepted by the police on Saturday. Irfan Shafi Mir has travelled to Pakistan five times on his passport.

Davinder, interestingly, was on duty ensuring security cover for the envoys of 15 countries who visited Srinagar at the Union government’s invitation last week.

I got Rs 12 lakh to help terrorists to carry out R-Day terror attack: DSP Davinder Singh

There is 2 side for Terrorism, none have dare to attack or bombing unless there is hand from IB, Police and Intelligence (Also RSS support). Frequent bombings or terror attacks was stopped when Hemant Karkare emerged as true officer.