Belagavi, Jun 17: I Monitory Advisory (IMA) headed by Mohammed Mansoor Khan has not only cheated people of Bengaluru and Mysuru but those in Belagavi too. Khan is said to have fled out of the country. 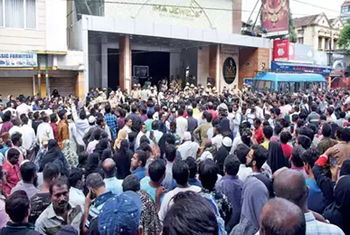 More than 300 people in Belagavi have been invested crores in the firm and majority of them are Muslims. The investors submitted a memorandum to city police commissioner Lokesh Kumar here on Friday.

Before meeting Lokesh Kumar, the investors gathered at Anjuman Hall attached to the court. Most of the people are from the middle-income category and invested several lakhs in IMA on the promise of getting a higher rate of interest.

Shaukat Ali from Khanapur said he invested Rs 13 lakh in the company that has existed for the past 12 years. “I don’t know what I should do now. Many people like me have invested money for many reasons,” he said.

Meanwhile, Vijayappura police have made arrangements for those who have invested in IMA to file complaints at Gandhi Chowk police station. SP Prakash Nikkam has stated that any person from the district who has incurred losses owing to IMA can file a complaint at the said police station.