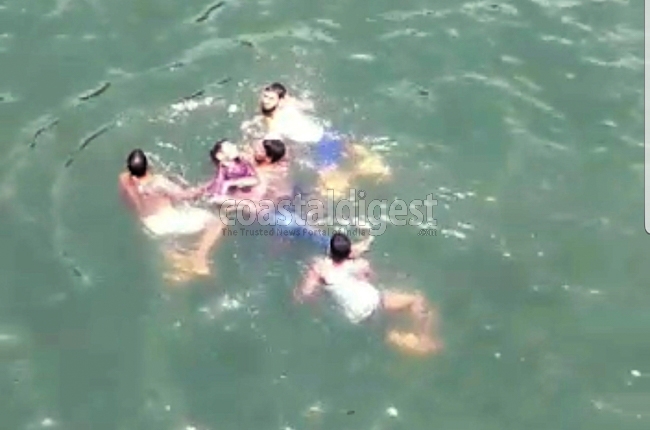 Mangaluru, May 24: A youth committed suicide by jumping into River Netravati from the old bridge at Panemangaluru on the outskirts of the city.

The deceased has been identified as Nishant, son of Chandrahasa Moolya, a resident of Kolakeeru, near Kalladka in Bantwal taluk.

When Nishant jumped to river, a few Muslim youths - identified as Shameer Goodinabali, Mohammad, Tauseef, Mukhtar, Zahid and Arif - also jumped to river in an apparent bid to rescue him.

Though they managed to take an unconscious Nishant out of the water, he breathed his last without responding to any treatment. Jurisdictional Bantwal town police visited the spot later.

Meanwhile, a few locals captured the video of Muslim youths' attempt to rescue a Hindu youth on Eid al-Fitr amidst covid-19 lockdown. The video went viral within hours.

Social media platforms including WhatsApp and Facebook flooded with messages appreciating the courage of Muslim men, who endangered their lives to save a Hindu youth on Eid day.