Chandigarh, Jun 15: A 30-year-old doctor from Karnataka, who was pursuing his MD course from Post Graduate Institute of Medical Sciences in Haryana's Rohtak, allegedly committed suicide in the hostel of the hospital's campus, police said on Friday. 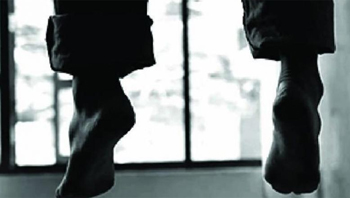 Onkar, who lived in Karnataka's Dharwad, allegedly hung himself from the ceiling of his hostel on Thursday night, Rohtak Police Station SHO Inspector Kailash Chander said.

Mr Chander said Onkar was studying MD (doctor of medicine) in paediatrics and killed himself allegedly due to harassment he faced from the department head.

"Although he did not leave any suicide note, Onkar's colleagues and family members alleged that his head of department used to harass him. Allegations have also been levelled that she did not grant him leave to attend his sister's wedding, which was due to be solemnised after a few days," the SHO said.

"We have booked the accused doctor under Section 306 IPC which pertains to abetment to suicide. No arrest has been made so far and further investigations are under way," he said.

After Onkar's death, some of his colleagues protested demanding the immediate arrest of the doctor who allegedly used to harass him.